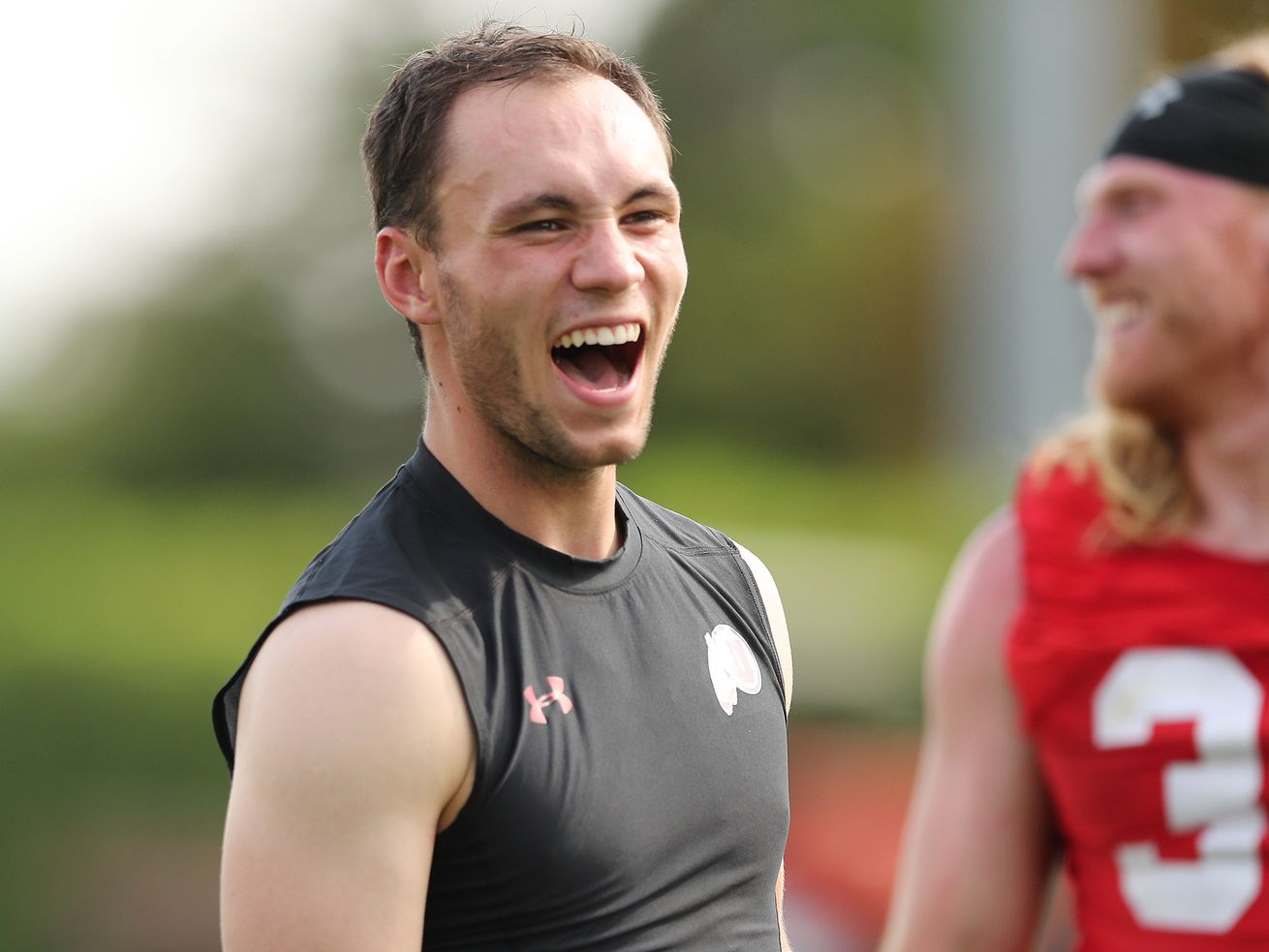 Getting timing down with quarterbacks is a challenge

SALT LAKE CITY — Distance has been an issue as quarterbacks and receivers attempt to get in sync during the coronavirus pandemic.

After just three spring practices, Utah players headed home to be with family during the crisis. The scattering included quarterbacks competing to replace Tyler Huntley as the starter for the Utes.

“We have talent and the whole building knows that talent that we have. We just need to be able to have that chance to really show it.” — Utah wide receiver Jaylen Dixon

Jake Bentley is back in South Carolina; Cam Rising is in California; leaving only Drew Lisk back in Utah. The receivers, meanwhile, have also resided in various places.

“It’s the time you get timing down,” said Britain Covey, who led the Utes in receptions in both 2015 and 2018. “So many routes are timing based that it’s kind of strange not to be able to do that right now.”

Covey knows the value, thereof, having worked with starters Travis Wilson and Huntley earlier in his career. Now comes a third one.

“There are certain things that are more difficult. It’s difficult because when it comes to routes you want it to be as second nature and instinctive as possible,” Covey said. “So that when you get in a game all you have to worry about is reading the defense rather than having to worry about the actual throw and catch. That’s why you do it so often in the summer.”

Covey added that it becomes basically like a reflex. And that, he said, is what is going to be the challenge when team gatherings resume — building up that muscle memory while at the same time learning the schemes and defensive reads.

“I think it’s going to be a struggle for a lot of people, not just the U., but a lot of teams in the country,” Covey continued. “The positive thing is we’re coming into the same offense. So we all have experience with that and we threw a lot in the spring and early winter.”

As a former high school quarterback, Covey noted that he still sees the game from that position and is able to pass things on to the other receivers.

“But right now the hard thing is no matter how much film you watch and knowledge you have, it’s not an individual thing — throwing and catching,” he continued. “And so it’s just something we have to get used to because I definitely think it’s a lot harder on the quarterbacks part than it is the receivers. We run the route, but a quarterback is the one that’s got to get his drop right, his timing right. Things like that.”

The biggest advantage in that regard, Covey acknowledged, are obviously teams with returning starters. He explained running a very different comeback route, for example, than teammate Bryan Thompson.

“Luckily our quarterbacks understand that and it won’t take much time getting used to,” Covey said. “But that’s going to be the challenge for a lot of people.”

At Utah, that includes Bentley, a graduate transfer from South Carolina. Covey noted that Bentley is kind of learning the system first and then the timing. It’s the opposite of how Rising and Lisk have been able to assimilate.

Covey said a lot of in-state guys have been able to get together. Besides throwing and catching with various quarterbacks, his primary focus in recent weeks has been on receiving drills and routes.

“So I’m used to everything,” Covey said.

Junior receiver Jaylen Dixon, who is from Frisco, Texas, has adapted as well during the pandemic. He’s been able to throw with former high school and Utah teammate Jason Shelley, who lives right down the road. Shelley isn’t returning to the Utes, though, after opting to enter the NCAA transfer portal after last season.

Dixon, thus, hasn’t been getting reps with a Utah quarterback during the offseason.

“It’s really tough to make up for that time. It’s going to be impossible to do that,” said Dixon, who has devoted a lot of time to watching film and staying up to speed in that regard by focusing on the small details.

“Whenever we do get back we can actually use as much time as we can before the season starts and fall camp starts to really make up for that time,” he added.

Aside from the graduated Demari Simpkins and Derrick Vickers, Utah’s top wide receivers in terms of production from 2019 are back. Dixon leads the group with 24 receptions, while Thompson and Samson Nacua each had 18. Solomon Enis was next with 14 catches. Covey had 10 in a season limited to four games by a decision to redshirt while recovering from an injury.

“We have so many great receivers where we kind of have to spread the ball out,” Dixon said. “It’s kind of hard to get one guy the ball whoever there’s someone else that has the skill set that may be a little better for a certain defense that they may be playing or players that they have on that side of the ball.”

Receivers may have an even bigger role, Dixon explained, with versatile running back Zack Moss now in the NFL.

“We have talent and the whole building knows that talent that we have. We just need to be able to have that chance to really show it,” Dixon said. “I think we’ve had those chances but we’ve got to be more consistent with the chances that we do have, so that we get more chances to make plays.”

Returning eight starters on offense is fueling plenty of optimism within the program. Dixon is confident everyone — including the newcomers — understand the scheme and what to do.

“I don’t really think we will take a step back whatsoever,” Dixon said. “It’s just really for those guys that are coming in to just make plays and step up.”