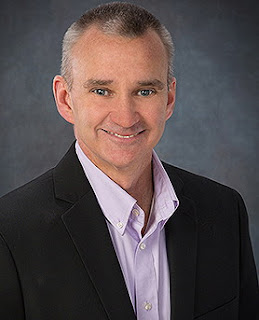 Photo Content from Tom Deady
Tom Deady’s first novel, Haven, was published by Cemetery Dance in 2016 and won the Bram Stoker Award® for Superior Achievement in a First Novel. He has since published a novel entitled, Eternal Darkness, as well as several short stories and novellas, his most recent being Coleridge.

His novel, The Clearing, is book one in a horror trilogy and inspired by true events. (Vesuvian Books, 2021) Tom holds a master’s degree in English and Creative Writing from Southern New Hampshire University, is an Active member of the Horror Writers Association, and a member of the New England Horror Writers. He resides in Massachusetts where he is working on his next novel.

“Tom Deady excels in creating a history and mystery that is engaging and action-packed. The Clearing's strong protagonists and their realistic concerns, beliefs, and choices creates a memorable and thoroughly engrossing read that is difficult to put down and impossible to predict—just the ticket for a superior horror novel and should ideally reach into adult reader circles, as well as mature teens.” —Midwest Book Review

“Deady shows an ability to switch from adult to young adult horror with the ease and confidence of a true wordsmith. The Clearing is a fast-paced supernatural tale, intelligent and sparkling with great characters, and more than a few chills. Superb.” —Dave Jeffery, author of Beatrice Beecham’s Cryptic Crypt and Ship of Shadows 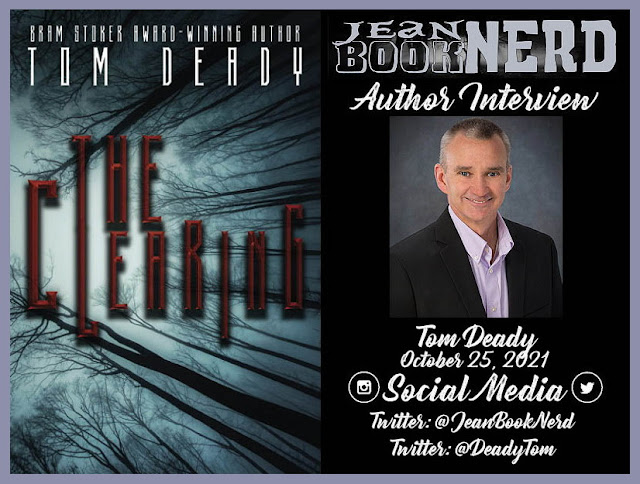 Why is storytelling so important for all of us?
Storytelling is important to me for so many reasons. As a reader (or listener) there is so much to be learned from the words of others, even in fiction. As a writer, I feel like I need to share my stories, hoping someone might gain something valuable from my words or get a new insight. Of course, there is also the entertainment that both parties experience. It’s truly a mutual beneficial relationship between the writer and reader.
Tell us your most rewarding experience since being published.
Without a doubt, Haven winning the Bram Stoker Award for Superior Achievement in a First Novel. It still feels like a dream…I have to go take a peek at the haunted house statue once in a while to make sure it really happened!
What are some of your current and future projects that you can share with us?
I’m very close to wrapping up the first draft of the sequel to The Clearing. After that, I’ll be finishing the sequel to Eternal Darkness. I’ve also got a story in the works for a western horror anthology I’m working on. So many stories, so little time…
Can you tell us when you started THE CLEARING, how that came about?
The idea for The Clearing came directly from a headline someone posted on social media. It was from an old story where a dog came out of the woods carrying a severed human arm. I saved the article until AI had time to go back and do more research. When I did, the rest of the story was just as crazy as the headline. It was the true story of the murder of Jeannette DePalma. The story involved rumors of cults and sacrifices and Satan worshippers. Most of it turned out be just rumors…except in my version. The real story can be found in the book Death on the Devil’s Teeth by Jesse P. Pollack and Mark Moran.
What do you hope for readers to be thinking when they read your novel?
I like to think the story will evoke some of the same thoughts and feelings I had when I was writing it – the sense of wonder and mystery and fear and hope. Mostly, I want readers to identify with the real life struggles the characters are having – fitting in, single parents, bullies…and find some relief somehow.
What part of THE CLEARING did you enjoy writing the most?
My favorite parts to write are always the scary parts. But I also love when a scene comes together just right between two characters that makes it feel both real and special. Also, I’m sort of a history nerd, so retelling the tale of Wild Bill Hickok was really fun for me.
If you could introduce one of your characters to any character from another book, who would it be and why?
My favorite non-horror novel is To Kill a Mockingbird – Hannah’s dog, Scout, is named after the main character. I think Hannah and Scout – despite the age difference, have a lot in common. I would love to listen to a conversation between them, discussing their harrowing adventures.
TEN FACTS ABOUT THE CLEARING

Tell me about a favorite event of your childhood.
I grew up in the seventies and things were very different then. A lot of the reasons my first two novels were set in that era is the fond memories I have of my childhood. Those were the days when summer lasted forever, and every day was an adventure. Out of the house in the morning, maybe home for lunch and dinner. Nights were filled with games of hide-and-seek and relievio, and hanging out on someone’s porch until the mosquitoes got too bad. I can’t really think of a favorite event, but they all kind of blur together to make a very sweet memory.
What is something you think everyone should do at least once in their lives?
So many answers for this. Fall in love is definitely one of them, but I guess that’s as much a matter of circumstances as it is a choice. So, I think everyone should see the Grand Canyon. Pictures and videos simply cannot do it justice. It has the same grounding impact on me as the ocean, or a wide open, star-filled sky.
Best date you've ever had?
It wasn’t technically a date, but I proposed to my wife on the beach at St. Barth’s. Probably the most beautiful place I’ve ever been, and the perfect spot to start our life together.
What was the first job you had?
Stocking shelves in a small market when I was about 14. Not a great experience for a lot of reasons.
Which incident in your life that totally changed the way you think today?
The birth of my two daughters. I don’t think there is a more terrifying and exciting and heartwarming and life-changing experience. To have your entire perspective shift, to care more another life than anything in the world is both wonderful and frightening.
What were you doing the last time you really had a good laugh?
Watching our two yellow labs play together. They chase each other in circles around our small yard like lunatics, then when Oscar gets tired – he’s older and has had a knee replaced – he starts taking shortcuts to catch Willow. Then he lays down on the first step of the pool to cool off.
First Heartbreak?
A girl named Debbie in middle school. She was my first real “date” – we went to a movie at the Granada Theater in Malden, then I walked her home and kissed her goodnight. It was also my last date with her – she hung out with a very different crowd than I did. Side note to this – it caused an actual fist fight between me and two of my friends. We were playing pool in my friend’s basement and this other guy kept changing the radio station. I was in such a bad mood, I told him if he changed it again I’d punch him in the face. He did. And I did. As I was waiting for him to retaliate, my other friend sucker-punched me in the head and tackled me, saying there was no fighting in his house. Ah, the hot-blooded teenage years. 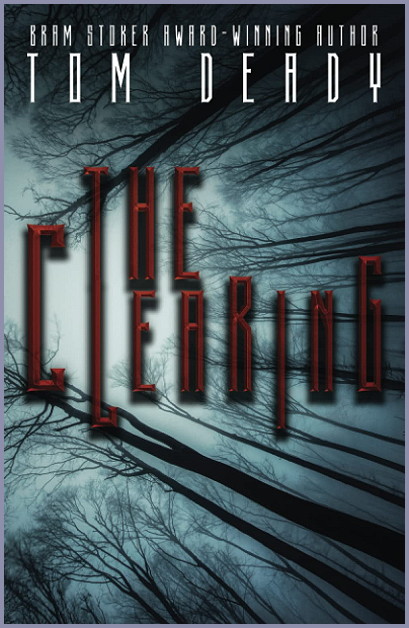 When Hannah Green’s dog comes out of the woods carrying a sneaker that contains a partially decomposed foot, she thinks it’s the worst thing that could ever happen to her.

Hannah and her best friend, Ashley, decide to play detective but find themselves in the middle of a decades-old mystery.

What is the strange old woman Mama Bayole hiding in her decrepit farmhouse? Why is the local librarian so determined to prevent them from researching town history? Who is following them around Hopedale, New Hampshire?

The girls make a shocking discovery about what has been happening in the woods behind Hannah's house. As they get closer to the truth, things take a dangerous turn, and they play a deadly game of cat-and-mouse that may end up costing them their lives.
You can purchase The Clearing at the following Retailers:

And now, The Giveaways.
Thank you VESUVIAN BOOKS for making this giveaway possible. 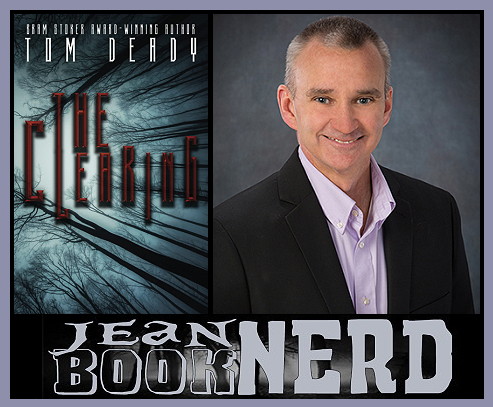