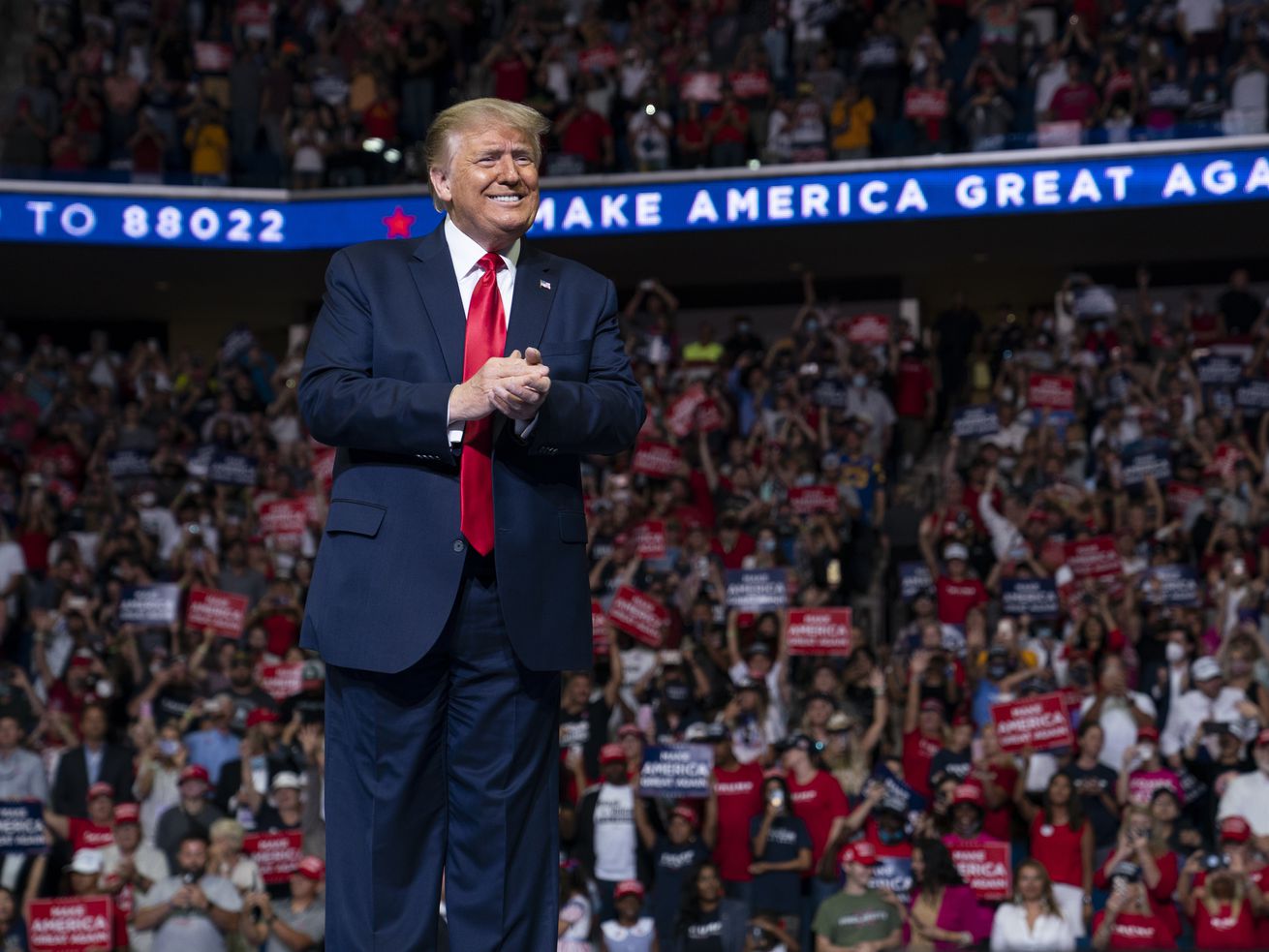 In this June 20, 2020, file photo President Donald Trump arrives on stage to speak at a campaign rally at the BOK Center in Tulsa, Okla. | Associated Press

When pollsters ask about an upcoming election, we almost always preface the question by saying “If the election were held today.” In a normal election year, the changes from day to day are fairly modest. If things in the real world get a little better over the course of the year, incumbents might inch up a few points. If things get worse, that’s better news for the challengers. But dramatic changes are fairly rare.

However, whatever else it may be, 2020 is not a normal year. When the year began, President Donald Trump was a modest favorite for reelection. That assessment assumed that things wouldn’t change all that much by November. In other words, the president was favored to win if the environment was pretty much the same as if the election were held today.

When the year began, no one alive could possibly have predicted how much different the world would look by the time the election actually takes place. We didn’t game out scenarios based upon an unprecedented pandemic bringing about a screeching halt to the economy. Then, as if 40 million people being thrown out of work wasn’t enough, the killing of George Floyd brought issues of civil rights and racial injustice to the fore.

All that turmoil propelled Joe Biden into frontrunner status. It wasn’t anything that Biden did, it was the fact that people had come to view the world differently. His lead in my polling grew to 12 points. A few other firms found even larger margins. But all of them included that same qualifier — if the election were held today. And, just as the world looks much different than it did when Trump was favored to win reelection, it might look different again by November.

The biggest issue in the election is still the pandemic and everything related to it. On that topic, more than any other in recent memory, Americans have been on an emotional roller coaster. Confidence about getting past the pandemic grew steadily and peaked in mid-June. At that time, just 42% thought the worst of the pandemic was still to come.

That was just six weeks ago, but then the roller coaster plunged sharply again. News of growing outbreaks conveyed a sense that the pandemic was not going away. Now, 63% believe the worst is still to come. From a narrow political point of view, growing pessimism about the pandemic is good for Biden and bad for Trump.

But it’s important to recognize that in just six weeks we went from people pushing for reopening to a sense that maybe some of the lockdown provisions should be reinstated. And remember, when you’re on a roller coaster, it’s never a smooth ride.

As I write this, there are three full months to go until Election Day. That’s plenty of time for a few more ups and downs in this incredibly volatile year. It is quite possible to envision scenarios that will lead to Trump’s reelection or a defeat of historic proportions. About the only thing that’s not safe to assume is that the results will be the same as if the election were held today.

Scott Rasmussen is an American political analyst and digital media entrepreneur. He is the author of “The Sun Is Still Rising: Politics Has Failed But America Will Not.”