A tablet can be more than just a bigger screen when you find ways to utilize the various use cases one offers. The ability to consume content on a larger display compared to a smartphone is a common one that can appeal to many, and with solid battery life in most cases, they are good to have lounging at home or staying focused on a long commute. 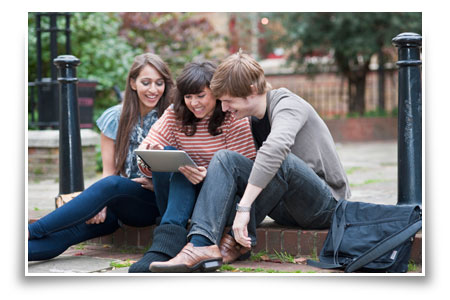 What is a tablet? 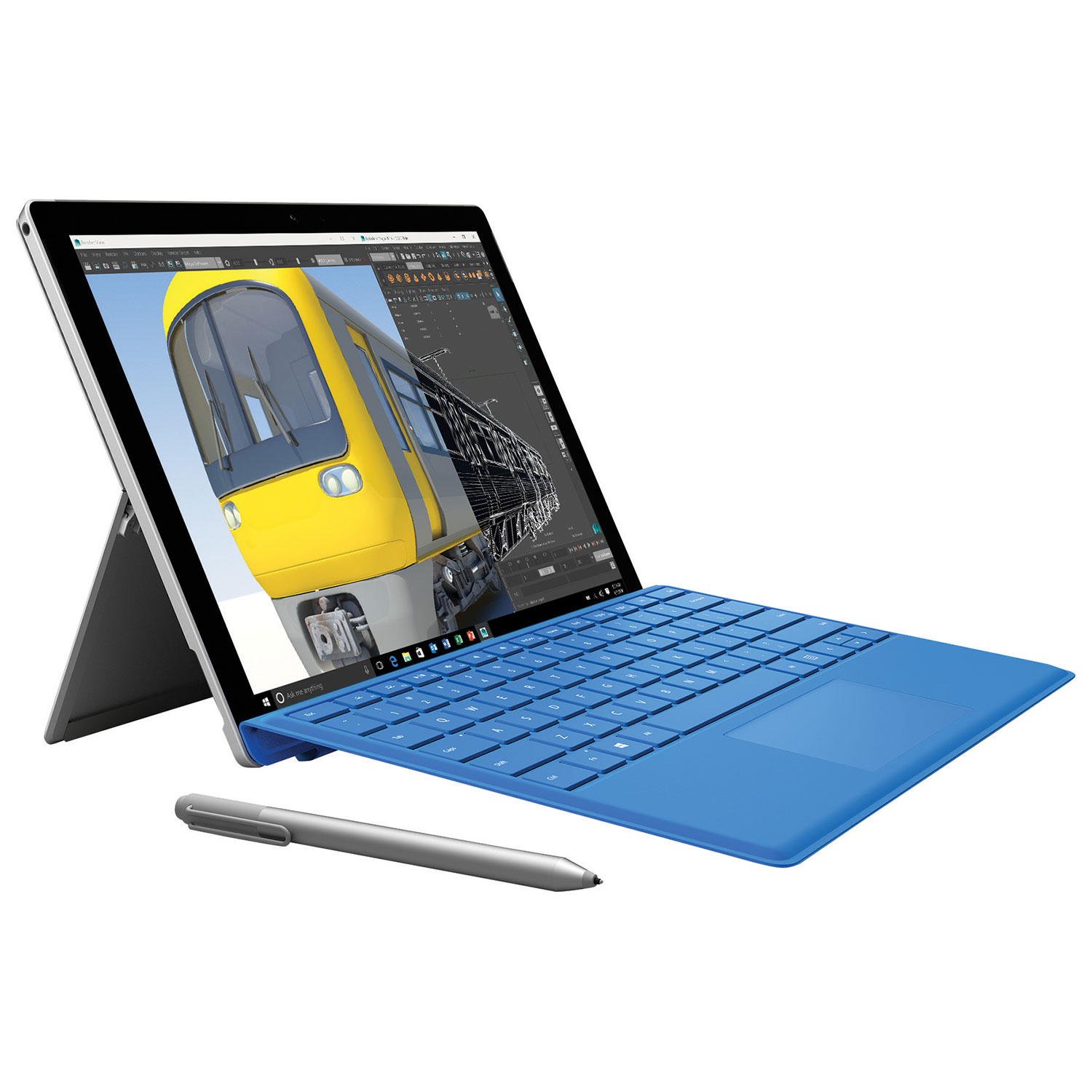 Pads are effectively mobile devices, not unlike smartphones. The key difference, however, is in form factor and, to some degree, functionality. Generally, tablets come in touchscreen sizes of 7-inches and above, with the iPad Pro 12.9-inch being among the largest available.

Depending on the model, they usually run on mobile operating systems (OS), the way iPads run on Apple’s iPadOS and others run on Android. One exception is those running on Microsoft Windows, which is the same version that runs on computers. Hardware limitations may impact performance, meaning certain applications may not run as smoothly, but the gist is that everythi 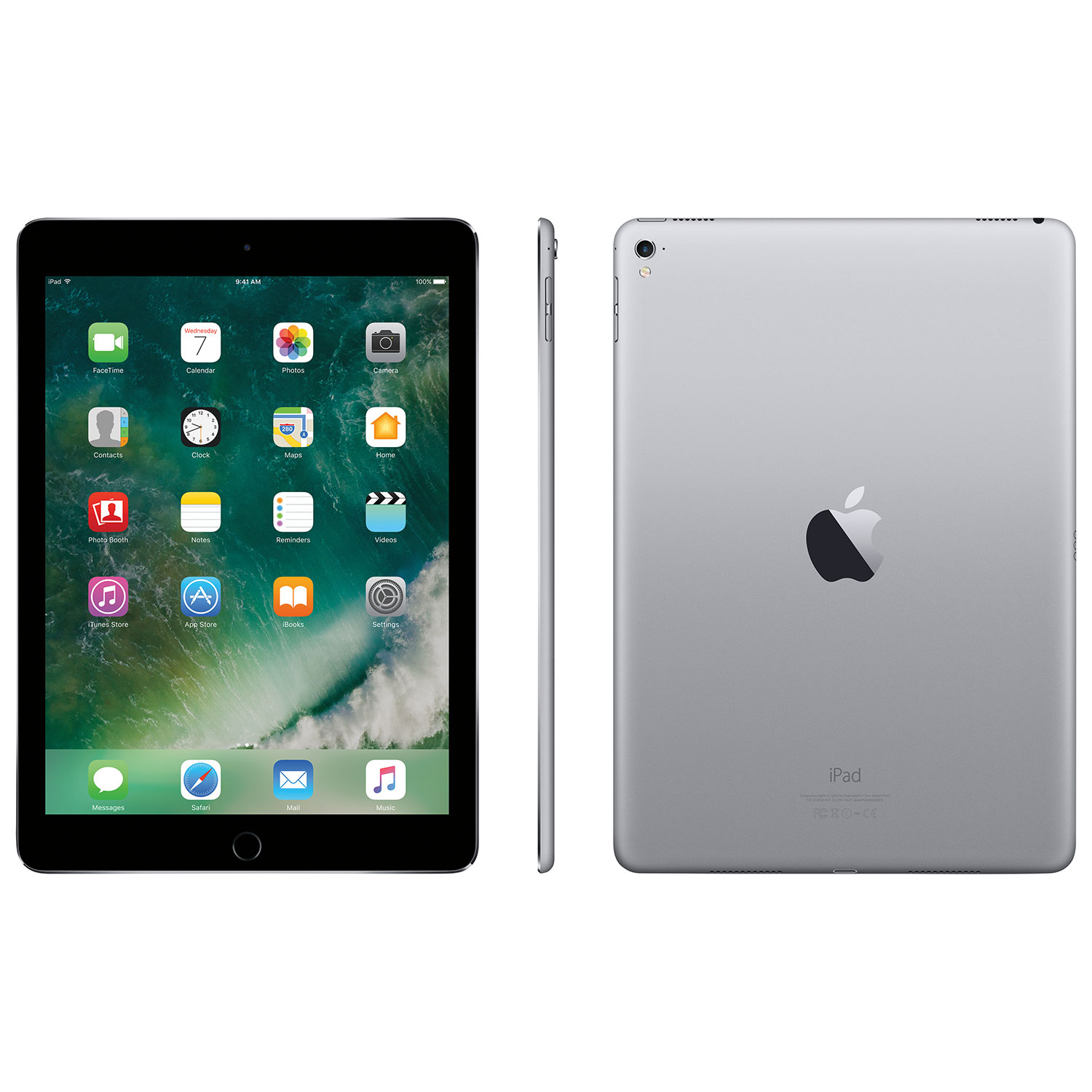 Designed to be interactive and immersive, tablets have largely been consumption devices, viewing content, like video, photos, web browsing, email and much more. With a wide swath of apps available to download, tablet usability can get a serious bump. Video chatting, gaming, learning tools for children, a canvas for artists — the list can be pretty extensive.

Tablets run on different pre-loaded mobile operating systems, with iOS, Android and Windows 10 standing out as the main three. They are considerably different from one another, offering unique experiences that make their respective devices feel distinct. 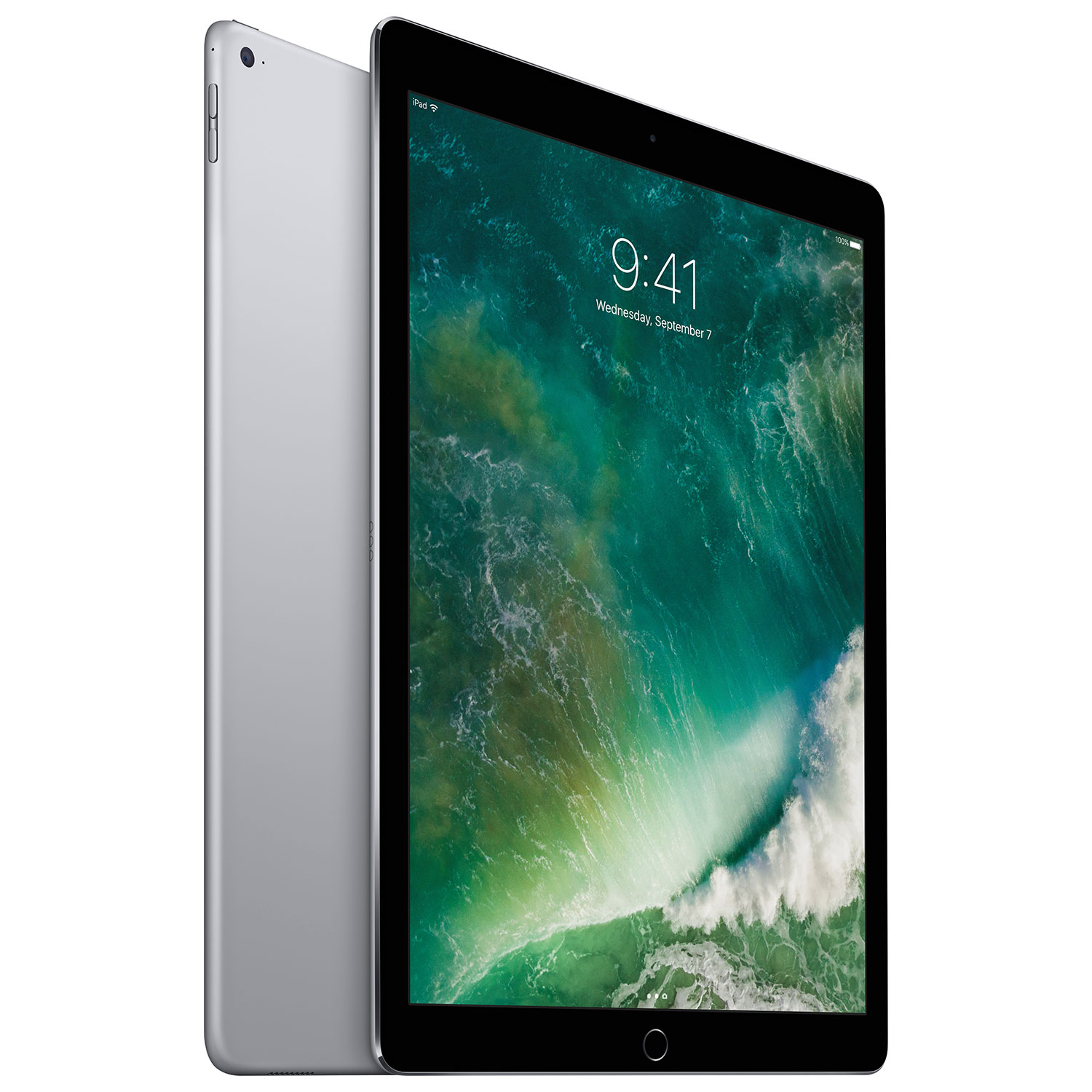 Apple has turned the iPad into a multi-device offering with choices to help you make a solid buying decision. The iPad mini could be considered the entry-level model, with its 7.9-inch display and lightweight build that makes it the most portable of the bunch.

The iPad Air maintains the same 9.7-inch display since the original, albeit with a thinner body that makes it incredibly light and elegant. The sharp Retina display is always easy on the eyes, while the long battery life, even on stand-by, ensures you can enjoy what it has to offer for longer stretches.

The iPad Pro comes in 12.9-inch, 11-inch and 7.9-inch versions, and these are packed with more robust components under the hood to push closer to laptops. With stylus input and keyboard peripherals, the Pro models are aimed more for those looking to create content, not just consume it. 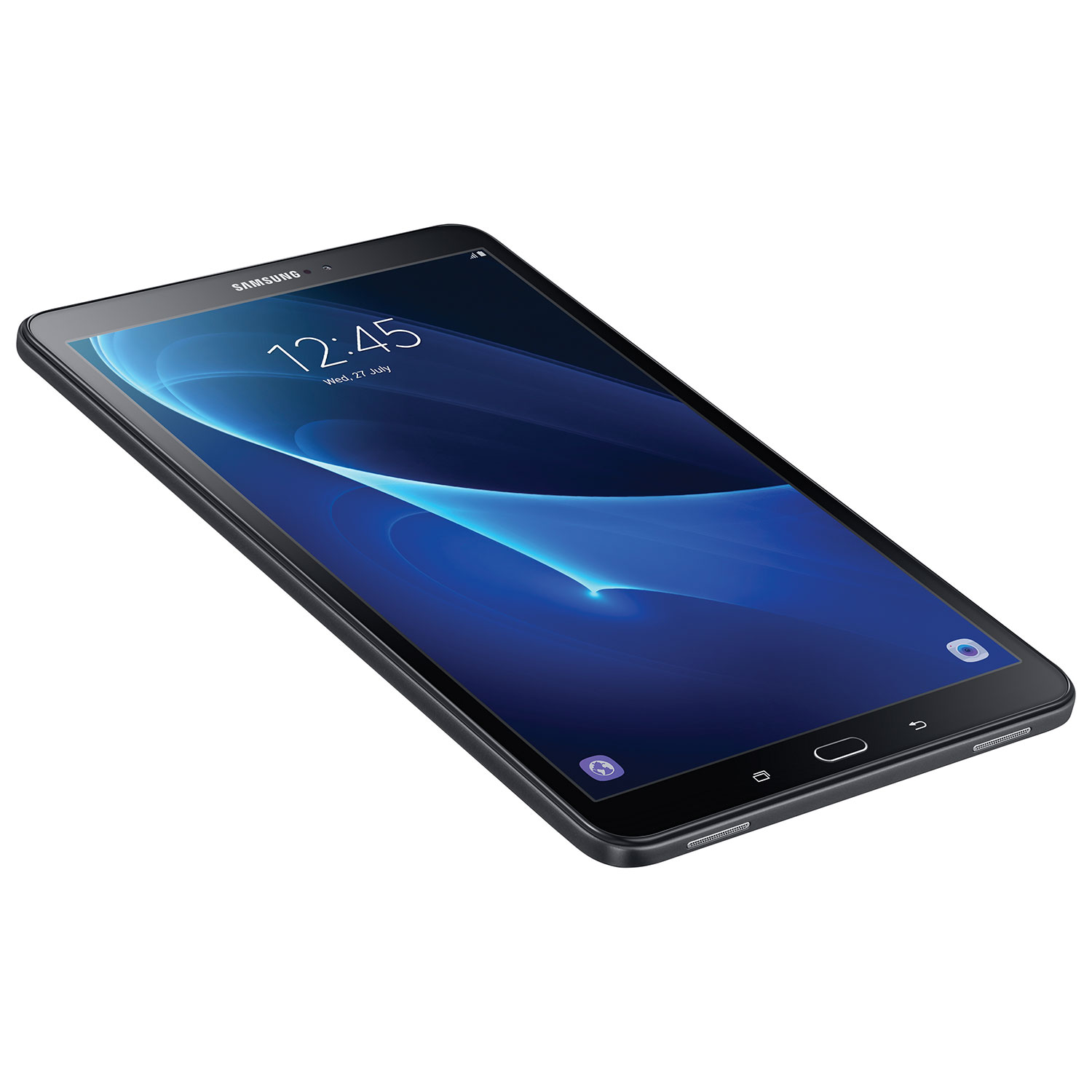 When it comes to tablets running on Android, there are more than a few at any given time to consider. Android is a more wide-open mobile OS, with several manufacturers adopting it, and that means different models come in various shapes and sizes. 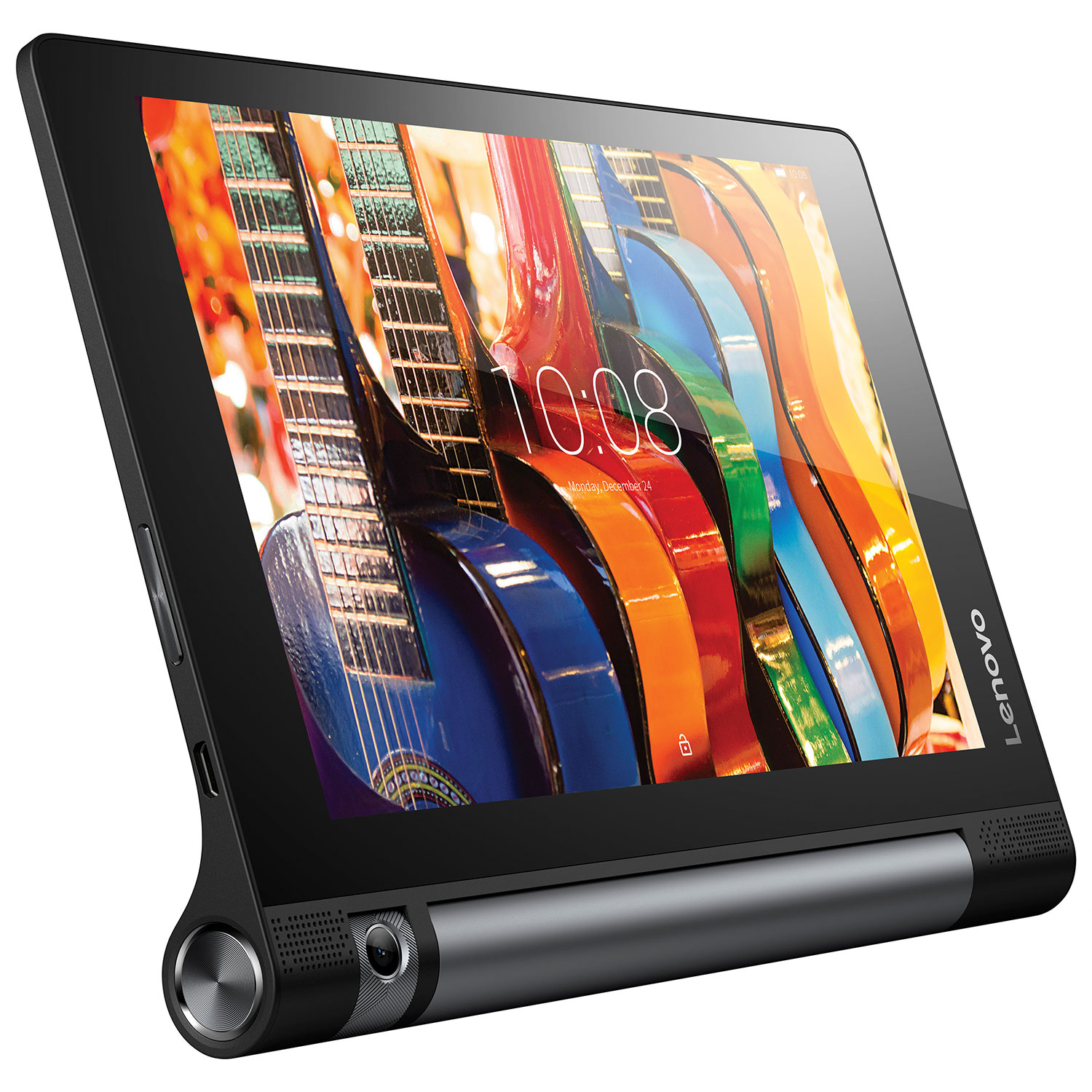 Being the most “customizable” OS, Android also tends to be layered with software from the specific manufacturer, which explains why one Android tablet’s layout from Samsung, for example, wouldn’t look the same as one from Lenovo or Amazon. The reason for that is because Google, who owns Android, offers the OS to anyone who wants to use it, and doesn’t restrict proprietary customization. 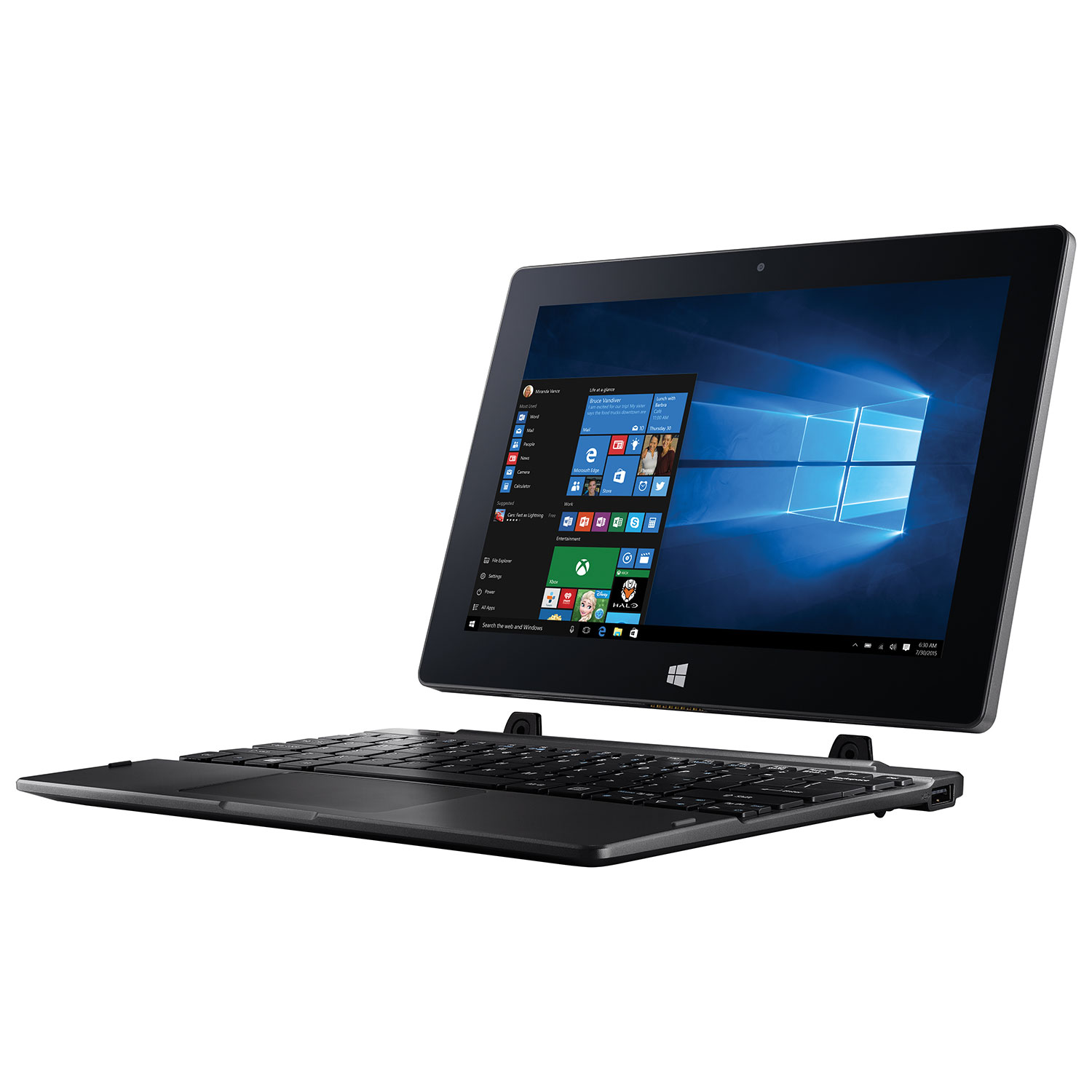 In the past, Android tablet apps were more limited, but they have grown substantially since. The openness of the platform and Google Play’s store for apps, games, music, video, audiobooks and ebooks make it a nice one-stop shop for much of the content you’re looking for.

You might think of Windows as an OS made for computers, but Microsoft has translated it nicely to tablet form factors too. Previously, Microsoft had made a tablet-specific version of Windows, which is no longer the case. Now, the Windows 10 tablet you hold in your hands can run the same version as the PC sitting in front of you at a desk. 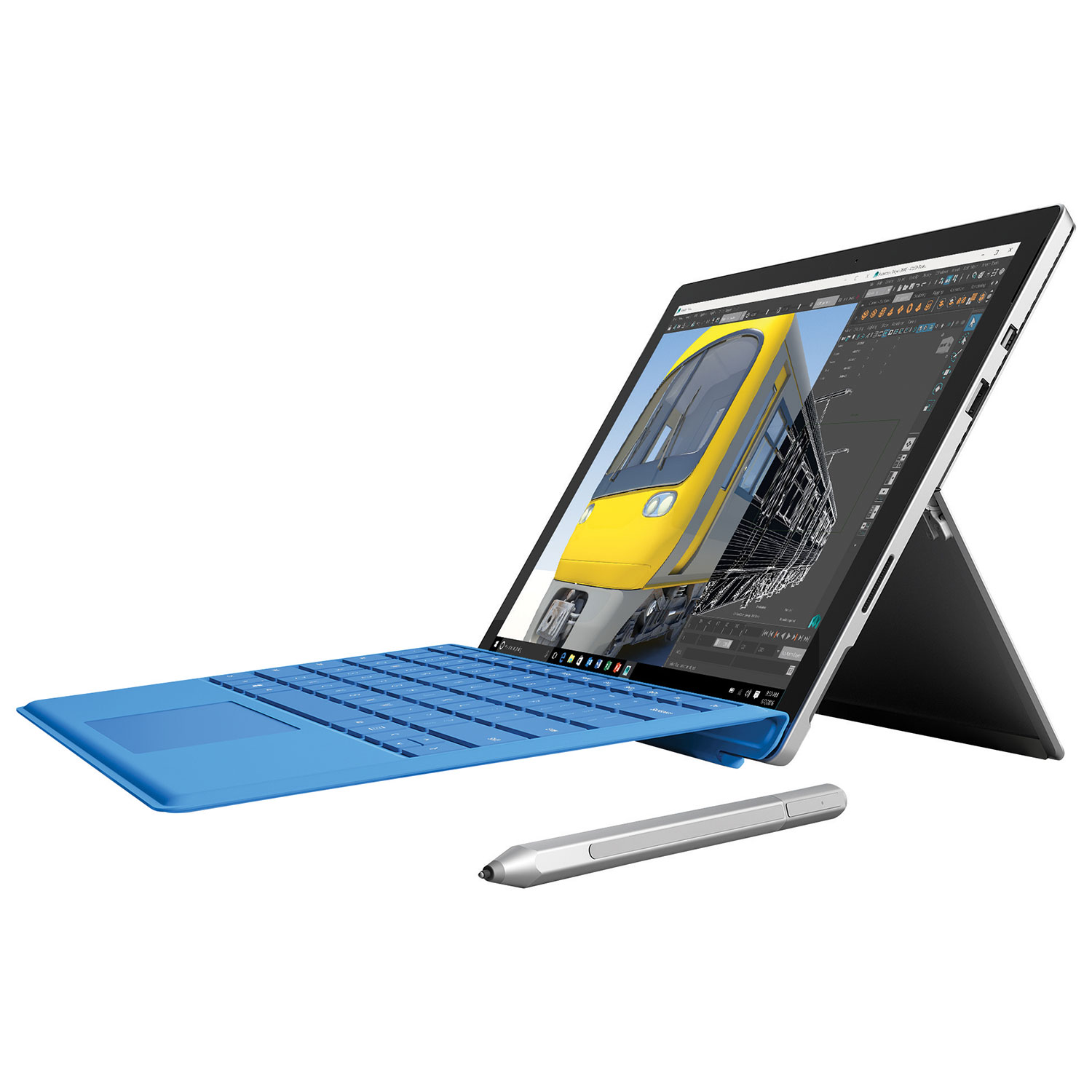 The difference comes down to hardware and input. Windows tablets, with the exception of good hybrid and convertible models, like Microsoft’s Surface, for instance, don’t have the same processing and graphics capabilities. This is why demanding apps will run smoother on Windows devices that have more power.

Having a Microsoft account and Office365 subscription can harmonize your workflows and documents so that you can transition from a Windows tablet to a PC, or vice versa, at your leisure. Apps aren’t quite as varied or abundant on the Windows Store as they are on the other two platforms, but with the ability to also run desktop PC apps, there is unique flexibility here.

Aside from the OS the tablet runs on, there are three other key metrics to consider when buying a tablet: screen size, processor, RAM and storage capacity. Finding a balance between these should result in the right tablet for you.

The processor, or CPU, is the lifeblood of the tablet, and it largely determines how fast it will run anything you do on it. These chipsets come in different varieties, with dual-core, quad-core and octa-core designs that are meant to spread out performance. Think of it a little like a highway. If there are only two lanes, but four cars trying to get through, there will likely be a slower pace moving forward because each car is trying to break ahead.

Random Access Memory, or RAM, is the key to making a processor even more efficient, and that’s because it temporarily allocates storage space for the chipset to access for smoother performance. Multitasking generally benefits from more RAM because it is easier to allocate space for different processes at the same time.

Like any mobile device, storage is a big factor because that’s where you store your apps and content, be it movies, shows, video clips, photos, music, documents and more. Internal storage on a tablet is static in nature, meaning it’s not something you can swap out and change for something bigger. In many cases, however, you can expand on the existing storage by slotting in a microSD memory card into a specific slot in the tablet.

Cloud storage is also another option to offload some of what you have to make room, or to access a wider content base. Apple offers iCloud for that very reason, while Google has its own cloud backup solutions, including Photos, which can automatically back up your photos and video files without storage restrictions.

Here is an article to help you learn more about cloud storage.

Features to consider in a tablet and iPad

This might be the easiest or toughest choice to make. It’s easy to appreciate a larger display, but maybe not as portable as something smaller. Smaller screens can still look great, and the increased mobility is a nice perk. It’s not only size that matters, but also resolution. If you care about sharpness and vivid detail, resolution and screen quality will be factors. Higher-end tablets tend to have better displays, presenting a level of sharpness, brightness and contrast that will stand out compared to others in the category.

Finding a tablet with HD resolution is pretty much standard now, be it 720p, 1080p or 2K (2560 x 1440). Usually, the higher the resolution, the sharper the images you will look at, but some 1080p displays can look great compared to 2K ones if the screen’s technology is great. If you care deeply about how good the screen looks, start with the 2K variety and don’t go lower than 1080p.

A critical element to a sustainable tablet, battery life is vital if you want to keep the lights on for a longer period per charge. Numbers really do vary though, and factors like tablet size, processor, screen brightness and graphics performance all come into play. You might have one tablet that can go for about 5 hours per charge, whereas others go above 10 hours. If you only need a quick fix of content, or need juice that can last a full day, then you will have options in either case. 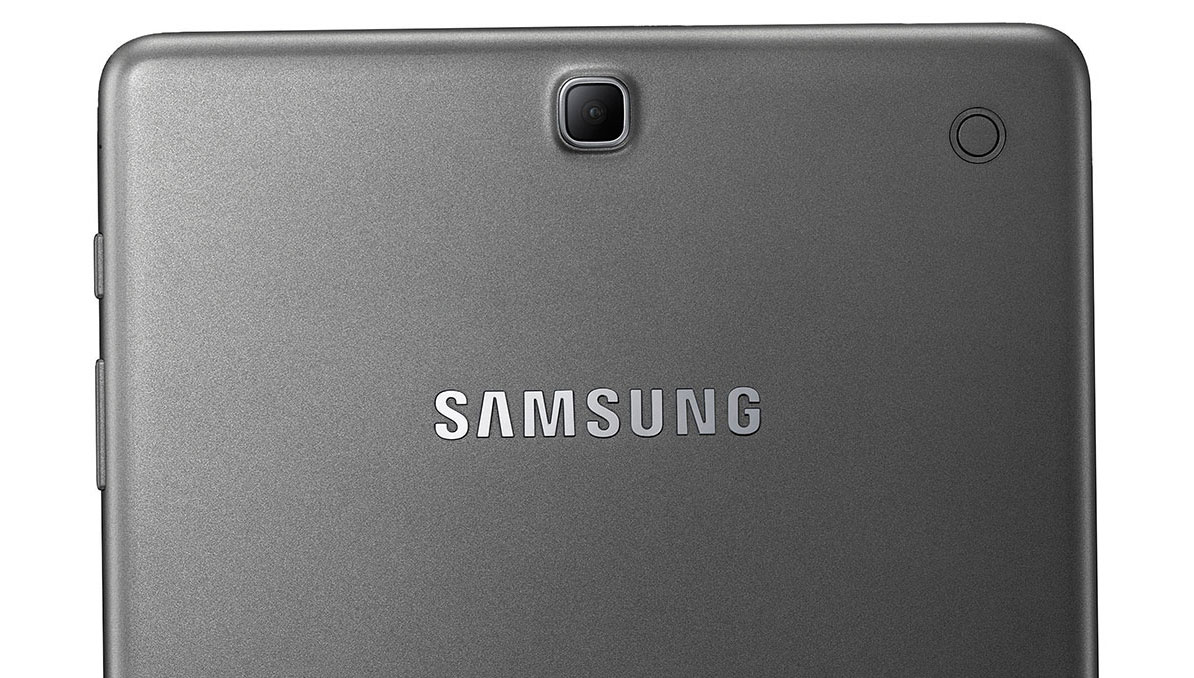 Tablets do have built-in cameras, with front-facing ones being especially common for video chatting, but even rear ones are widely seen too. Typically, tablet cameras are not on par with their smartphone counterparts, so the amazing shot you managed on your handset probably won’t turn out the same on a tablet. Still, you can always snap a quick pic when your tablet is handy. Plus, video chatting is a lot nicer when you have a bigger screen in front of you.

You can treat your tablet screen like a canvas or a notepad, if the need strikes you. Not every tablet comes with a stylus in tow, but any third-party stylus can be used on just about any tablet that has a capacitive touchscreen—which is practically all of them these days.

Ports aren’t abundant on tablets, though there are still different ones to help you get connected. Here are some of the most common:

Wi-Fi 6, or Wireless-AX is now the fastest protocol available. Theoretically speaking, this version of Wi-Fi is 4x the speed of the previous Wireless-AC. While those speeds aren’t likely to hit full capacity in real-world conditions, the bump would still be noticeable in a tablet or iPad supporting the new standard. Both the 2.4GHz and 5GHz bands would be capable of gigabits per second throughput, making streaming, downloading and browsing feel truly effortless.

It would also allow multiple tablets to enjoy the same high-quality streaming at the same time. That includes resolutions as high as 4K, while the additional data also makes it possible to stream 8K content and download large files in far less time.

5G networks represent the future of wireless cellular networks, and some tablets will eventually have the ability to tap into this next-generation technology. Until then, certain tablets and iPads can currently connect to a 4G LTE network offered by wireless carriers.

Tablets with built-in LTE can go beyond only Wi-Fi and connect to the Internet no matter where you are, so you can always access email, download apps, and check your social networks. Some carriers offer data-only plans made for tablets, sometimes even contract-free, to stay online as often as you need. 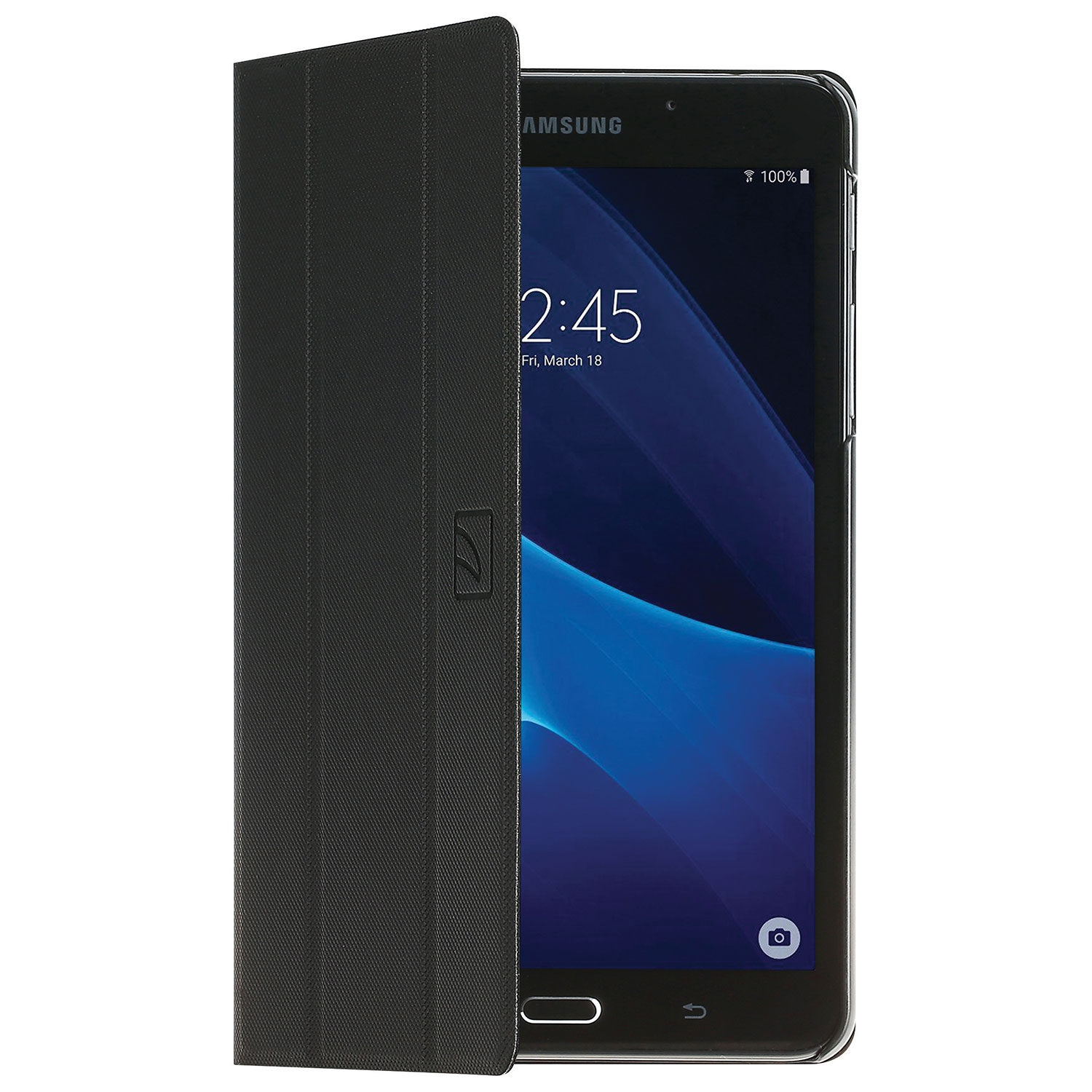 Keeping your tablet and iPad safe begins by covering it up with a case or sleeve. A sleeve is more of a cushion snugly fitting the tablet for easier transport, while cases come in various designs. Some can cover the front and back, others are heavy-duty to avoid damage, and still others are more fashion-oriented for those looking to add some flair. You can even find cases with kickstands or other propping tools for easier viewing hands-free. 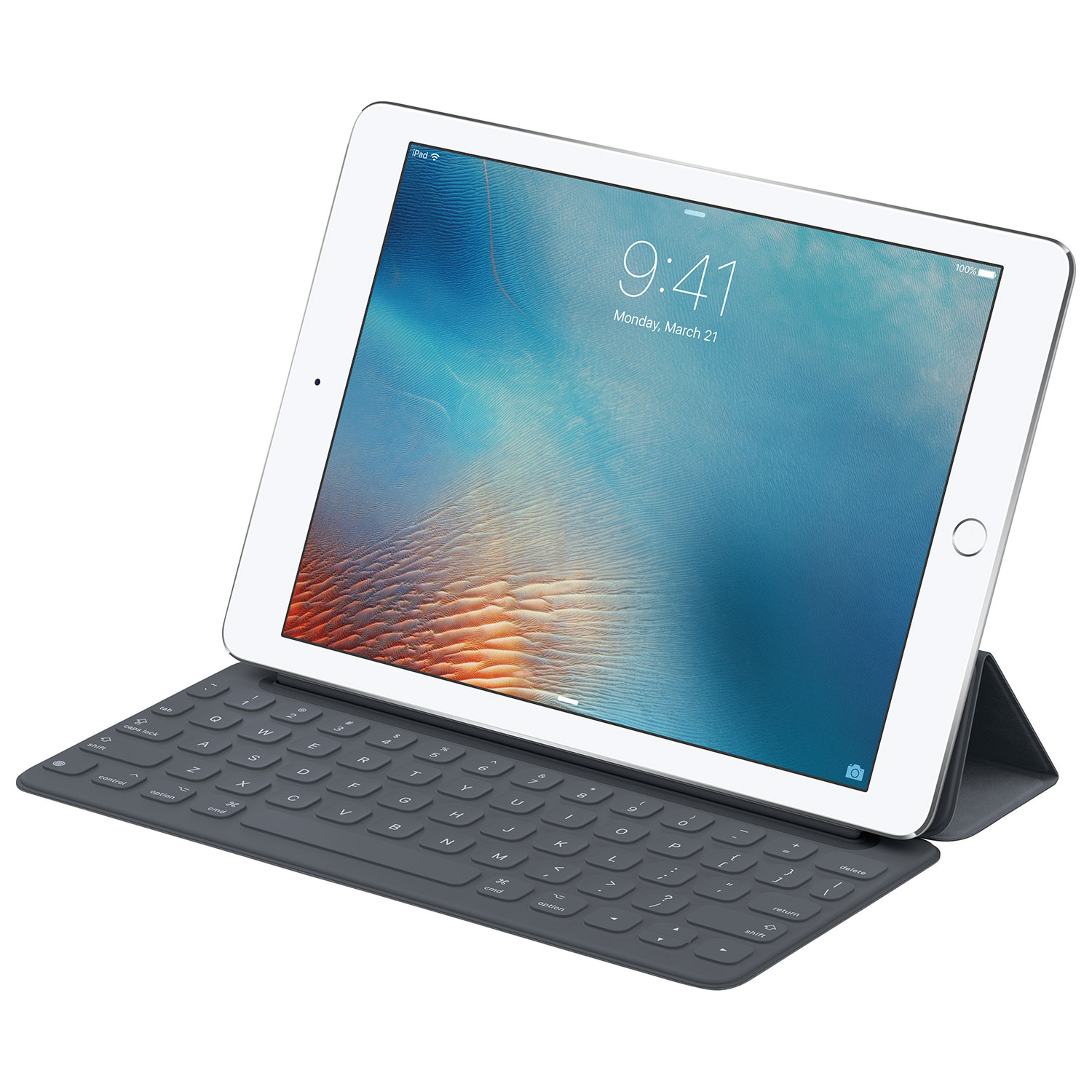 If you want to be productive and get more of a laptop experience, consider attaching a keyboard to your tablet. These are usually Bluetooth-enabled, but in other cases, work with magnetic connectors to bridge the two together. Some keyboards double as cases to protect the tablet, giving you even more options to go with. 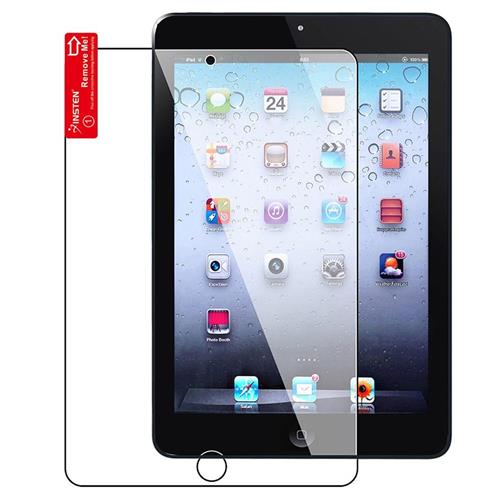 Tablets have large displays, and they can be susceptible to damage if you’re not careful. Not to mention the fingerprints that can add up as smudges. Covering it with a screen protector can keep it crystal clear and even protect it from scratches and cracks if you get one made of tempered glass. 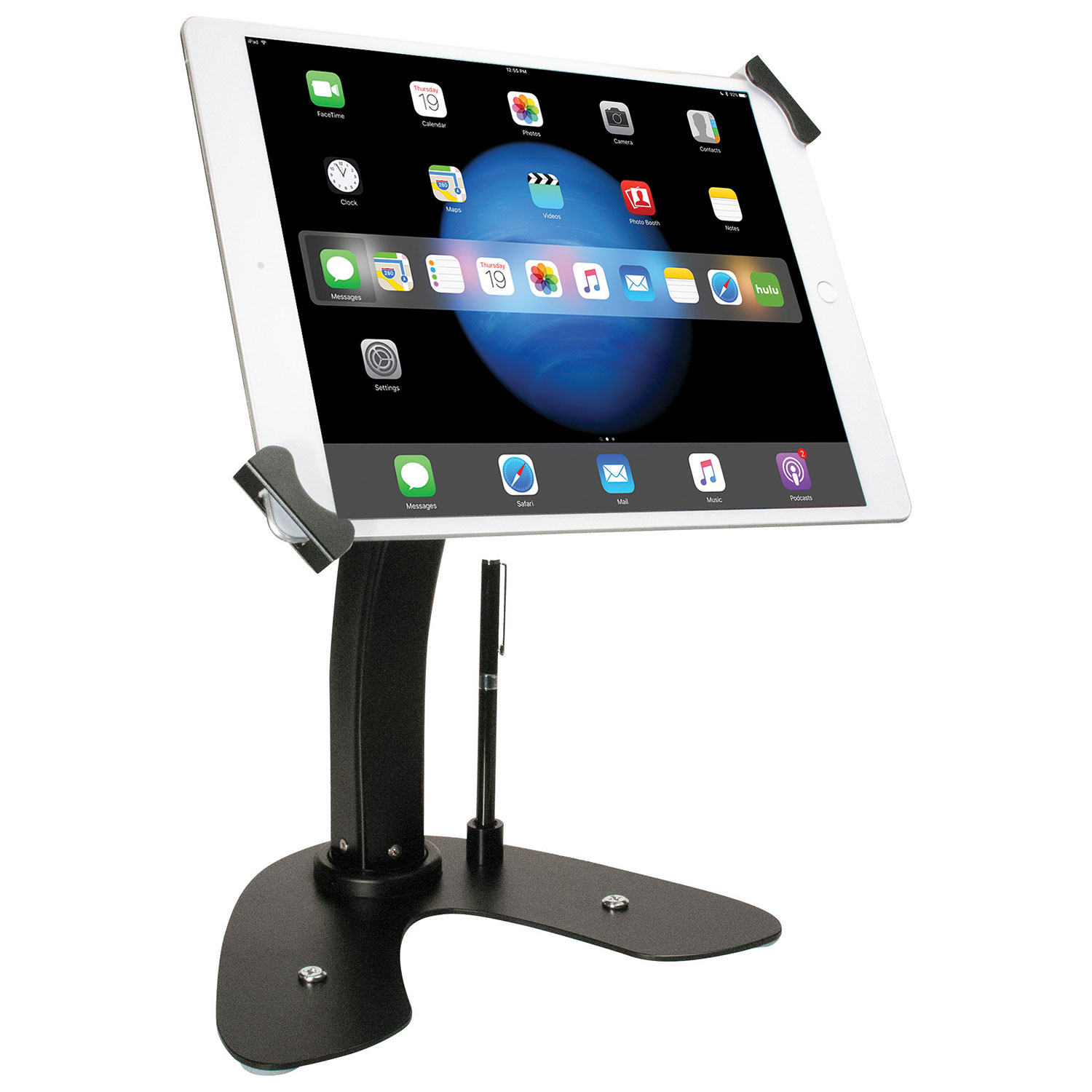 Propping up a tablet is super convenient, letting you lean back or move around hands-free without having to hold it yourself. Having a stand can be great for any situation, be it travelling on a plane or train, sitting down for a meal in the kitchen or while getting work done at your desk. Take the next step

Now that you are more familiar with Tablets and iPads head to Best Buy and find the one that will fit in perfectly with your lifestyle.