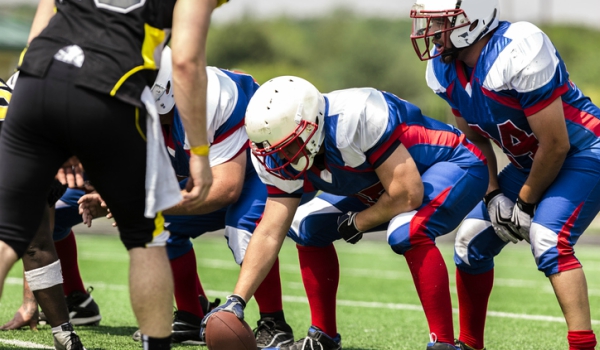 The tragedy of T.J. Abraham was the subject of a piece by Michael Powell in the October 28 2019 New York Times. I wish Powell’s piece from inside the Times could be on the front page above the fold in the states where I was born and raised, Oklahoma and Texas. But where I live, the story borders on sacrilege.

As a teenager, T.J. Abraham played football for “a top Catholic high school outside Pittsburgh.” A big kid like I was, Abraham played on the offensive line. He loved the game and he stayed on the line for another three years at Duquesne University. He told the Times, “I probably got my bell rung 70 times.”

Even now, he smiled at the memory. I understand completely. Football is a secular religion in this part of the country. When I was urged to “go to college,” the only institutions of higher education I could name were the ones that fielded competitive football teams.

Abraham was in it for love of the game; he harbored no NFL dreams. After an outstanding undergraduate scholastic career, he was off to medical school. He ended up practicing obstetrics and gynecology.

Between delivering babies for others, the young doctor married and had a son and a daughter of his own. At age 35, he noticed that his memory and judgment were not what they used to be. That is happening to me, but I am in my seventies. At 35, I was just getting started in my first career as a county court judge. That’s an age when your career really starts to cook for you if you are going to have a career rather than a job.

Seven years later, Dr. Abraham has a diagnosis: neurodegenerative dementia. He is paying for gridiron glory, according to the opinions of doctors in three states. His condition is not about concussions. Rather, the problem is repeated blows to the head. Last year, he had to resign from the staff of the hospital that had been his professional home.

Absolutely definitive evidence of chronic traumatic encephalopathy (CTE) will only be available after Dr. Abraham’s death. NFL players are willing that their brains be examined posthumously and of 111 brains examined from NFL players so far, 110 showed evidence of CTE.

Here in Texas, the high school football coach has assistants who make more money than many teachers when the district can afford it. A few years ago, I was attending a high school game because one of my grandsons was playing.

I could hear the hit that put my grandson down loud enough I could practically feel it. I also saw it and it was completely legal — just hard. He sat up and they were doing the “how many fingers?” test. He was taken out of the game, and then to the emergency room.

The diagnosis that night was a concussion. He has never been the same. I flashed back to my one year in high school when, because of my size, I got looked over as a potential football player.

I was happy to be invited to football practice, only partially because football is the established religion of Oklahoma and Texas. The game seemed to offer a chance to stand out and perhaps crash the barriers to higher education. When the big day came for the coach to look me over, he naturally took me for a potential lineman.

I don’t remember whether I was lined up offensively or defensively, but I do remember the fellow on the other side of the line of scrimmage was a bit smaller and so I thought I could block him. Then the ball was snapped and the next thing I remember I was sitting on my butt trying to catch my breath and experiencing an exquisite wave of pain washing over my entire body.

I got up slowly and walked to the sidelines, shedding gear as I went. The coach wanted to know where I was going and I responded that if that other fellow wanted to go in the direction I was defending badly enough to make me hurt that much, I was happy to let him do it.

There was nothing happening on the football field worth having my bell rung repeatedly, so my high school football career ended after one play and in circumstances that would have damaged my reputation if I had a reputation to damage.

My one play on the practice field was a perfect metaphor for my entire relationship with the public schools. There was nothing for me there but failure and humiliation. Football was not the answer to my problems because, as the coach put it, I had an “attitude problem.”

Looking back in my elder years, I understand that I dodged a bullet.

The occasion that brought up Dr. Abraham’s story in The New York Times was a hearing in the New York State Assembly on a bill to protect the youngest kids. He had to give his testimony in writing for the same reason he had to resign from the hospital, and producing the writing took days for the man who had blazed through pre-med studies. In part, he said:

I do not want to see anyone lose what I’ve lost or experience this disease…I strongly urge you to ban tackle football at the age of 12 and younger in the state of New York.

Twelve and younger? My grandson was past 12 when he sustained a traumatic brain injury. I was past 12 when I dodged that bullet. In a rational world, the adults would declare a cease-fire or at least attempt to negotiate one.

Right now, the cutting edge research is on the professional level, demanded by the players’ union and fueled by donations of brain tissue.

While we wait for that research, how much risk to our children is justified?

If you believe in the work we are doing here at The Good Men Project and want to join our calls, please join us as a Premium Member, today.

The post Sacrilege in the Football Church appeared first on The Good Men Project.