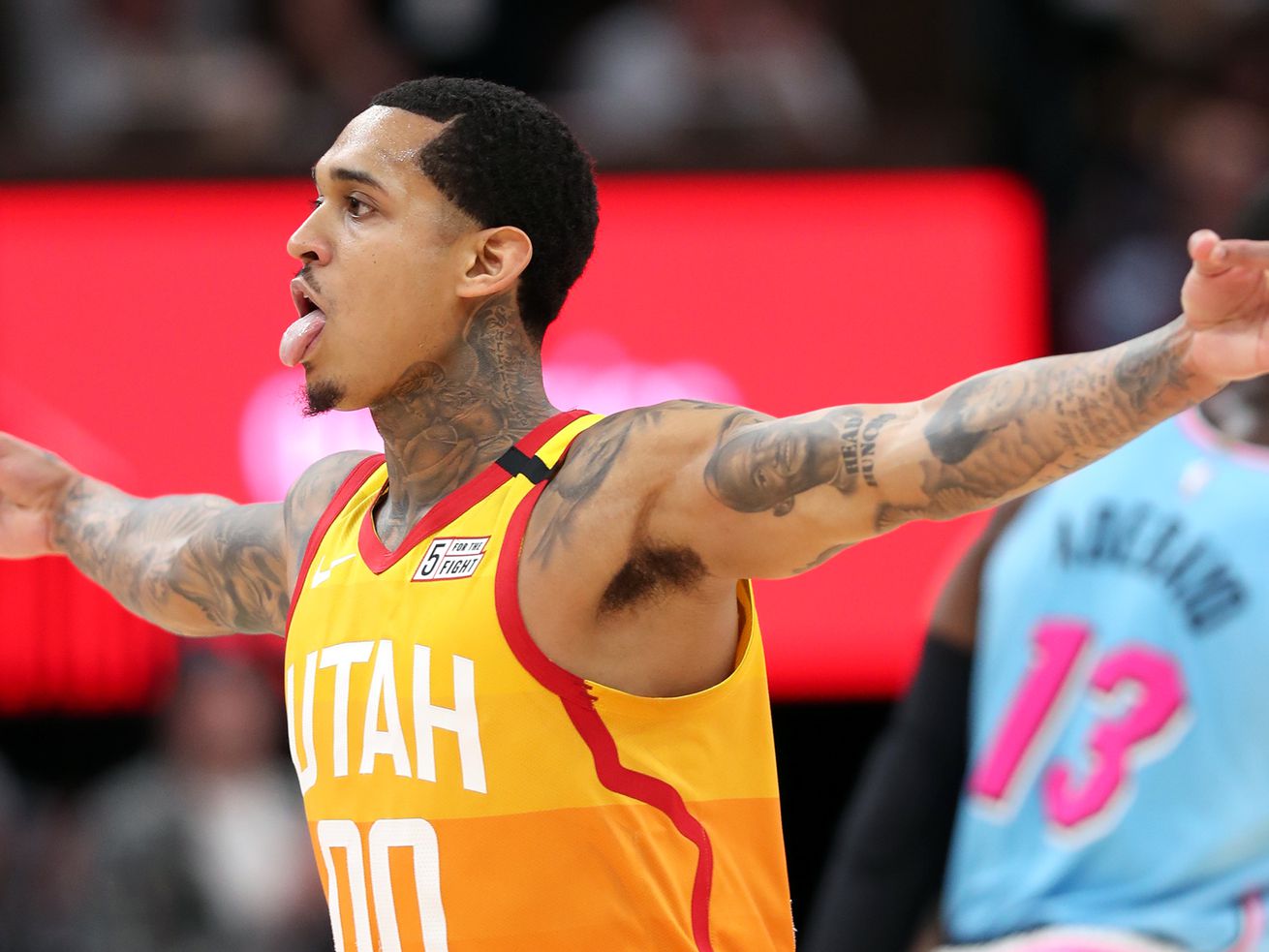 SALT LAKE CITY — Some of my fondest basketball memories, as a fan and as a reporter, have been linked to bench players.

There are always the star players and big names who will stick out and make a permanent impression, which is expected. But, when you spend all your time around an NBA team, or you’re a rabid fan, it leaves a unique impression when a bench player endears himself to a fanbase.

Sometimes it’s because he does something unique, impacts the game in a big way, or sometimes it’s just because he is the biggest fan of his own team, often showing the heart and passion of an entire five-man unit. Sometimes it’s something as simple as an autograph from a chance meeting, or a sense of humor that added levity to a team. Whatever the reason, because bench players aren’t expected to stick out in the same way the stars are, it tends to stay with us.

Jazz mailbag time!
This week I want to know who your favorite Utah Jazz bench players have been. Any era, for any reason. Who and why?#SundayJazzMailbag

With that in mind, this week I asked you, the fans, to tell me who your favorite Utah Jazz bench players have been, and as always, you came through like a clutch sixth man.

The earliest bench guy I can think of that I liked was Carroll - junk yard dog. Then I really loved Crowder. Now I REALLY love Clarkson. They all have that grit mentality as well as they are going to keep competing and shooting. I think Clarkson is the best cuz he’s consistent.

The most recent second-unit guy to earn the respect of Jazz fans is the newly acquired Jordan Clarkson, who came onto the scene hot, scoring 19 and 20 points in his second and third games respectively after joining the team in December.

He’s averaged 16.1 points per game in 30 games with Utah and will undoubtedly receive some Sixth Man of the Year consideration (if we ever get year-end awards).

The Junkyard Dog and The Beast. Both spend less than two seasons with the Jazz, but there was one thing that made both of them instant favorites with fans, a trait that will absolutely ensure a fanbase loves you no matter production or time on the floor; ferocity and a willingness to go to war for every player on the team.

If you are looking for players who will be the first to back someone up if an opponent gets a little too rough or is talking too much trash, look no further than DeMarre Carroll and Jae Crowder.

#sundayjazzmailbag My favorite bench player that I’ve seen play for the Jazz is definitely Trevor Booker. He just brought so much life to the team, even though they weren’t that good. His energy was contagious and he really knew how to get the crowd on their feet. He was awesome

The guy who was mentioned the most by those who responded to my prompt was Trevor Booker. Though Booker only spent two seasons with the Jazz and averaged just 6.5 points through that time, it was the way he played the game that endeared him to Jazz fans.

I had the privilege of covering Booker’s short stint with the Philadelphia 76ers and understand completely why a fanbase would be drawn to him. He plays with a level of determination and passion that can often be unrivaled and he is the kind of player that, even if he didn’t fill out a stat sheet, it was clear he was willing to do the intangible things that are important during a game and consistently received praise from coaches and teammates as thoroughly important.

I like Greg Foster especially when we played that Yella team from LA. All them scared of him especially when he did the throat slash in front of their bench and they all freaked out !

Famous for making a throat-slashing gesture at the Lakers bench during the 1998 playoffs, Greg Foster became an instant favorite. It’s the kind of gesture that, if it comes from someone on the opposing team, fans will absolutely hate them forever, but if it’s from one of your own, he’s revered forever. Foster would later go on to win a championship with the Lakers, but we don’t have to talk about that.

Thurl Bailey has to count for this. He was a starter sometimes, but I think 2/3rds of his games came off the bench.

Spending most of his eight seasons with the Jazz through the mid-1980s and early 90s, Thurl Bailey was one of the most reliable guys on the second unit, averaging 30 minutes a night and 14.1 points per game through his time with the Jazz. After leaving the NBA and playing internationally, Bailey returned to the States, retired with the Jazz and has been aligned with the team and Salt Lake City ever since, holding a special place in the hearts of all Jazz fans.

Has to be the Big Dog, Antoine Carr. His sprint from the bench to the court. Barking from the stands when he came on the court. I think he was the missing piece that helped Jazz make finals. He played hard and was so fun to watch.

The Big Dog spent four years with the Jazz, the last two resulting in Finals runs, although Utah fell just short of a championship. Always known as a guy who would give it everything he had during his short stints on the floor, he was a key cog during one of the Jazz’s best eras.

John Crotty. Just cause when I was a kid I thought his name was John Karate, and I thought it was super cool.

Sometimes, a cool name or a simple childhood memory is all it takes.