With another season already underway, today we’re looking back, just a little bit, to Spring 2020; specifically, at some of our favorite ending themes! As usual, we’ll be picking our EDs primarily on how well they suit their respective series along with their general uniqueness and quality of the music with bonus points for things like memorable accompanying animations. We’ll also be including official videos of the EDs themselves when available. Let’s get these endings started! 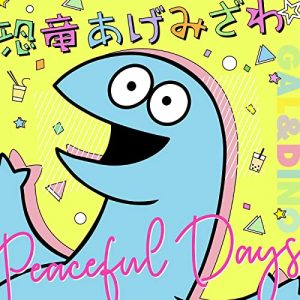 Gal & Dino is a very unorthodox anime to say the least with equal parts mundane but cute slice of life, bizarre metanarrative, and those wacky live-action segments featuring Japanese comedians. In any case, it’s ED, “Peaceful Days”, is a great match for a series that revels in alternative art styles with its stop-motion felt animations that see Kaede emerging from an egg to some unspecified fantasy dinosaur time, complete with a cute leopard print cavewoman outfit, where she hangs out with the titular Dino taking selfies while he eats instant ramen. The actual song is similarly pleasant, and a little retro-sounding, giving it a hint of nostalgia that matches the relaxed mood of the sunset colors of the animation and fits with the very very retro setting we suppose. Good stuff for an offbeat series! 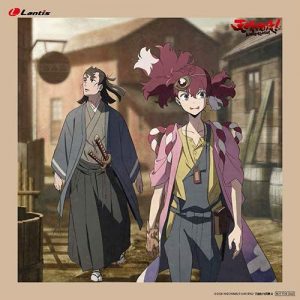 Appare-Ranman! probably stands out most as a series with its novel, late 19th-century historical setting that spans Japan and America and interesting take on steampunk with a focus on racing. This ending is also an awesome mix of old and new, and East and West and matches the anime excellently. The most memorable and powerful part has got to be the song in this one which has an amazing sense of buildup and strength to it and a unique sound mixing Jrock with a little bit of American country music flair, complete with fiddle! While the animation/visuals are a bit minimal, they definitely fit the old-timey vibe complete with scrolling credits and even some segments in grainy, black and white, and it all comes together in a memorable ending theme that just works!

3. “Aoibashi” by Sayuri from Yesterday wo Utatte (Sing "Yesterday" for Me) 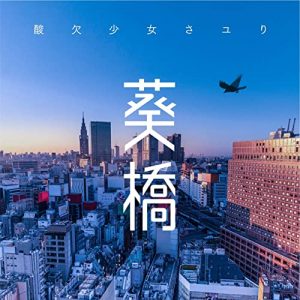 As a series without an OP, Yesterday wo Utatte arguably made up for it with having three different ending themes, all of which were pretty excellent with our favorite being the second, “Aoibashi” by Sayuri. This is another ED where the song itself really steals the show with its somewhat minimalist guitar, light synth, and simple drums really only there to accentuate Sayuri’s striking voice which you might recognize from Boku dake ga Inai Machi (ERASED)’s ED some seasons ago. This ED is simultaneously subdued yet powerfully emotional without being overwrought and is a perfect send off to the show’s often dramatic final scenes in each episode. We’d be remiss to not mention the rad retro arcade game visuals that make up the entire animation portion where we see Haru flying around with Kansuke in a vertical, Xevious-esque shooter firing hearts at Rikuo and such. The pixel art is super cute but also sad with how it reflects what’s happening in the series itself and feels appropriate for the series’ setting to boot. Good stuff! 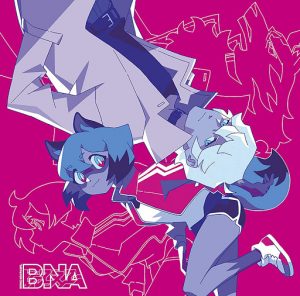 BNA’s ending “NIGHT RUNNING” just screams “aesthetic” in both its visuals and music and is one of the most aggressively modern anime endings of recent memory with its pulsating synth track and super flat limited color palette of cyan, magenta, and blue done in a style that honestly looks more like fanart a famous net artist would make as their personal interpretation of a series than something official and we mean that in the best way possible. It really stands out and feels distinctive as does AAAMYYY (what a name!)’s breathy vocals. The various faux kaleidoscope-esque lens effects are a cool touch too and it overall fits the unique visuals and vibe of BNA quite well, hence us giving it our #2 spot here!

1. “ad meliora” by THE CHARM PARK from Fruits Basket Season 2 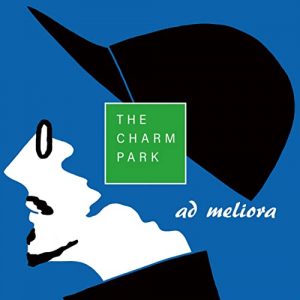 For lack of a better way to describe it, the modern Fruits Basket anime has really knocked it out of the park in terms of beautiful boy vocal songs in its ending themes and “ad meliora” might just have charmed us the most so far. While this probably is another ED where the music is the biggest part of what makes it work, because it’s just supremely smooth and soothing and gorgeous wow, the visuals are similarly excellent in this one with a sort of paper cutout, shadow puppet, pop up book-ish aesthetic brought to life with some nicely subdued lighting and particle effects as we see the various zodiac members parading through the night which obviously connects it well to the series itself. The camera movement between the scenes is interesting too and it all comes together to be a pleasant execution of that classic style of relaxed anime ending song with some modern flair that is a perfect match for this remake series and why it gets our vote for the season’s best!

With more and more anime coming out each season, it’s hard to keep track of it all when it's so easy for shows to get lost in the shuffle and also ever more difficult to make these rankings with so many series competing for our attention. We hope you enjoyed our picks here but if we missed your favorite, let us know in the comments section below along with any other thoughts you’d like to share! Until next time, stick around Honey’s for more of all things awesome, anime and otherwise! See ya~

Poetry the Universe Writes to Itself: Aging and the Gifts of Friendship
December 04, 2022

ATTN Astrology Girls: These Are the Best Gifts for Each Zodiac Sign
December 04, 2022

31 People Share Subtle Signs That Someone Is Really Intelligent
December 04, 2022