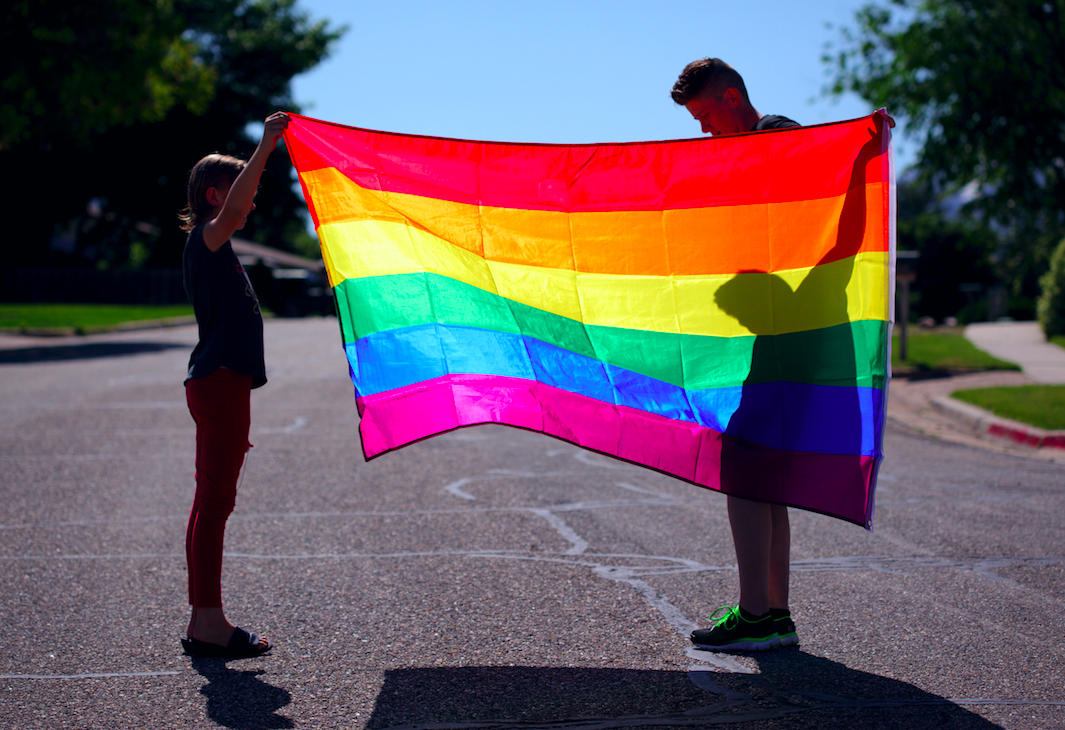 It’s Pride Month in the United States and we’re celebrating the LGBTQ community with some Pride-based trivia. Test your knowledge below!

1. How many countries have legalized same-sex marriage?

On April 21st, 2001, the Netherlands became the first country to legalize same-sex marriage. Since then, twenty-eight other countries have done the same. While this is progress, there are many more countries in the world that don’t offer LGBTQ couples the same rights as heterosexual couples.

2. Why is the rainbow flag a symbol of LGBTQ pride?

Answer: Rainbows are a symbol of hope

Artist Gilbert Baker is widely known as the creator of the rainbow flag, which today is a symbol of LGBTQ pride. The idea of a rainbow came to him when he was dancing among a crowd of people. As he was spinning around, Baker noticed that the colors started blending together like a beautiful rainbow. At that moment, he knew he’d be making a rainbow flag—an object that historically represented hope. The original flag was eight colors with each color representing something different:

When demand for the flag increased, so did changes to the flag. First, hot pink was dropped from the rainbow because of the lack of supply of hot pink fabric. Then, turquoise was eliminated because an odd-numbered flag when hung vertically would obscure the turquoise stripe. Since 1979, the Pride flag became a six-color striped flag: red, orange, yellow, green, blue, and violet.

3. Why is Pride month celebrated in June in the United States?

Answer: In memory of the Stonewall riots that happened in June.

In the United States, Pride Month is celebrated in the month of June to commemorate the Stonewall riots, a series of riots that erupted throughout New York City in June and July of 1969. These riots were a response to the police raid of the Stonewall Inn in New York City’s Greenwich Village, a popular gathering place for the young LGBT community during the early hours of June 28th, 1969. The police arrested employees for selling liquor without a license and roughed up the many patrons inside the inn. As police dragged patrons out of the bar and into police vans, people outside the bar watched and grew increasingly enraged. A riot soon ensued and continued for the next five days. Historians mark the Stonewall riots as the turning point in the gay rights movement.

4. Which country holds the record for hosting the largest Pride parade in the world?

Argentina may be the first South American country to legalize same-sex marriage, but Brazil takes the cake when it comes to hosting Pride parades! According to the Guinness World Records, São Paulo’s Pride Parade is the largest in the world. Every year, the parade welcomes millions of people from around the world to celebrate the LGBTQ community. In 2009, approximately 4 million people attended the São Paulo Pride parade, breaking a record of 2.5 million attendees that was set in 2006. Whose world record did they break? Their own!

Want to play more news-related family-friendly quizzes? Head to Newsicle, the news-related trivia game created by the team at Xyza: News for Kids.

This post originally appeared on Xyza: News for Kids.