So the Limitless TV series is leaving Netflix next week. And I'm not sure I've ever fully explained my weird soft spot for it as a vastly underrated study of Millennial anxiety. So before the show disappears, and while there is still time for people to spend a weekend binging it, here's my case for why it was a more insightful and introspective show than the movie it was based on that engaged fully with the bankruptcy of meritocracy and the peculiar contradictions of what it meant to find yourself at the end of your youth as a Millennial.

At first glance, Limitless the TV show and the movie it was based on have the same premise. An under-achieving slacker gets hold of an experimental drug called NZT, one that lets you "use your entire brain" based on the old saw about humans only using a fraction of their brain cells at any one time. With the aid of NZT, the slacker becomes the smartest person in the world, capable of learning, processing, and retaining every piece of information they acquire. There's a lot of rapid-fire montages of our heroes quickly mastering entirely new disciplines and dazzling people with their newfound insight. Both works look like wish fulfillment power fantasies, with the main difference at first glance being the fact that the movie is an icy thriller while the TV show is a lighthearted detective procedural.

But the TV series recognizes that the movie was a very particular kind of power fantasy. Bradley Cooper's young Gen Xer Eddie Morra begins the film as struggling writer on his last professional and personal legs, but as soon as he starts taking NZT the story shifts. His first dose of NZT helps him finish his novel, which is an instant bestseller and make him a celebrity author (the montage of him cleaning his apartment and writing a ton of pages in a single afternoon of razor-sharp focus is pure pornography for writers). But with that done, he moves onto mastering investing and arbitrage. The film becomes a whirlwind of Top 0.1% privilege and power. Once he's mastered The Economy he moves on to politics. The end of the film finds him running for Senate, all his enemies defeated and his intellectual powers secured forever via his access to NZT. 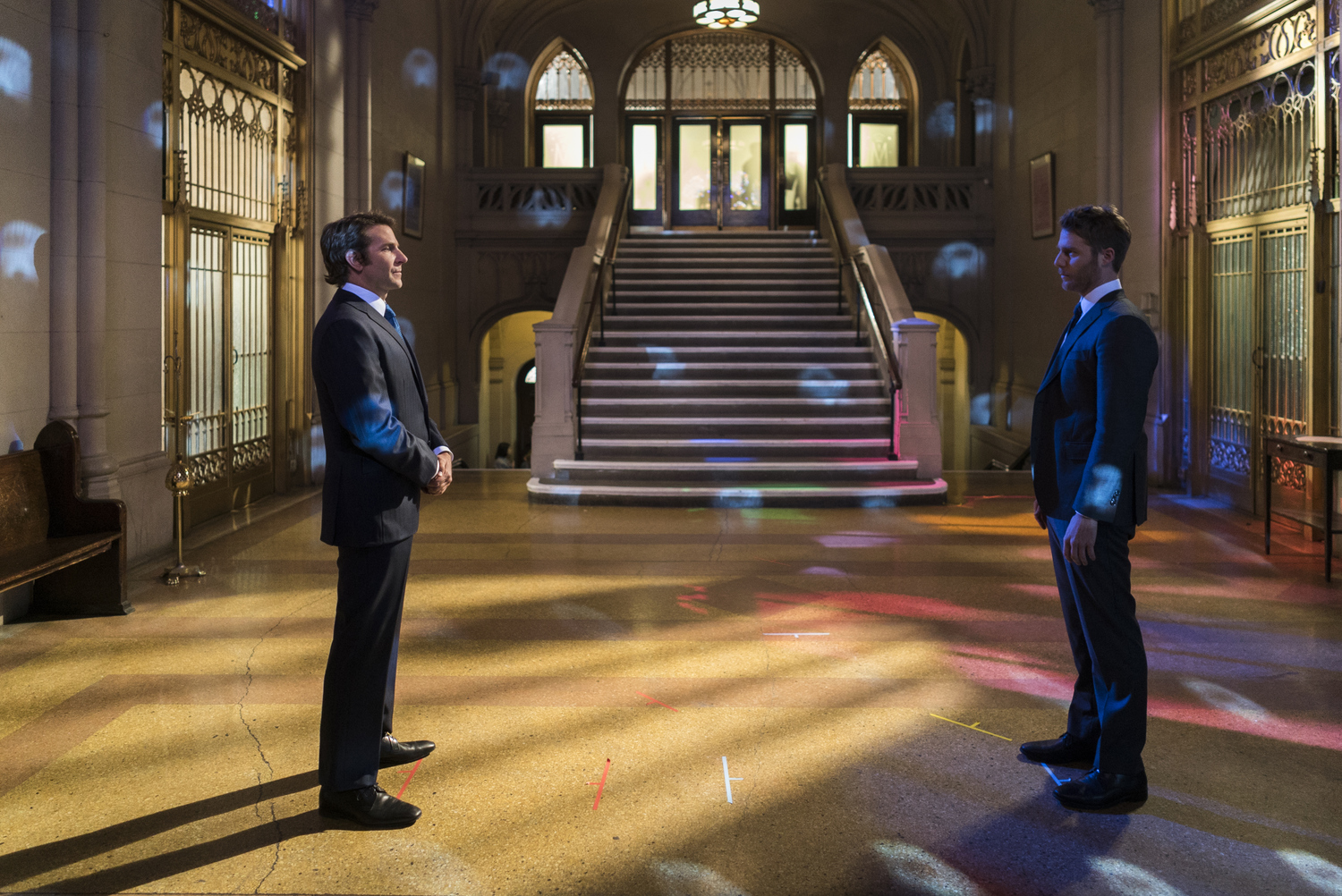 The TV series realizes something important about this arc: Morra is a self-serving chameleon. NZT opens the door not to achievement but to meritocratic advancement. The books he writes is immaterial, it's just a stepping stone to more elevated social circles, which open the door to wealth, which opens the door to political power. And at every turn he's able to advance because he's "the smartest person in the room,” whatever that means.

(If you want to see the true TV successor to that story, you should watch Suits, where college drop-out super genius Mike Ross gets a chance to enter the world of corporate litigation. The premise of that show is that while Mike's credentials are fraudulent, it's more like he's an exile prince of the meritocracy. His intellect and diegetic memory are signs that he is meant to be a rich and powerful attorney, and all his fraud is doing is righting the greater wrong of his expulsion from college. The rest of that series is a series of engaging dramas and capers to protect Mike's secret and to protect the interests of the ruling clique of his law firm—no matter how morally bankrupt they become, or many how laws they openly flout.)

The Limitless TV series, however, focuses on Brian Finch, an Andy Dwyer-esque goofball music nerd who has spent the late 2000s and early 10s enjoying a fun but dead-end music career. In the opening montage establishing his character, we see the years fly past in a blur of shrinking music venues, a depleting band, and a narrowing circle of friends. Then there are the weekly humiliations of family dinner at his father's house, where he is the dependent ne'er-do-well in a family of high-achievers who are reaching life milestones that seem unreachable. 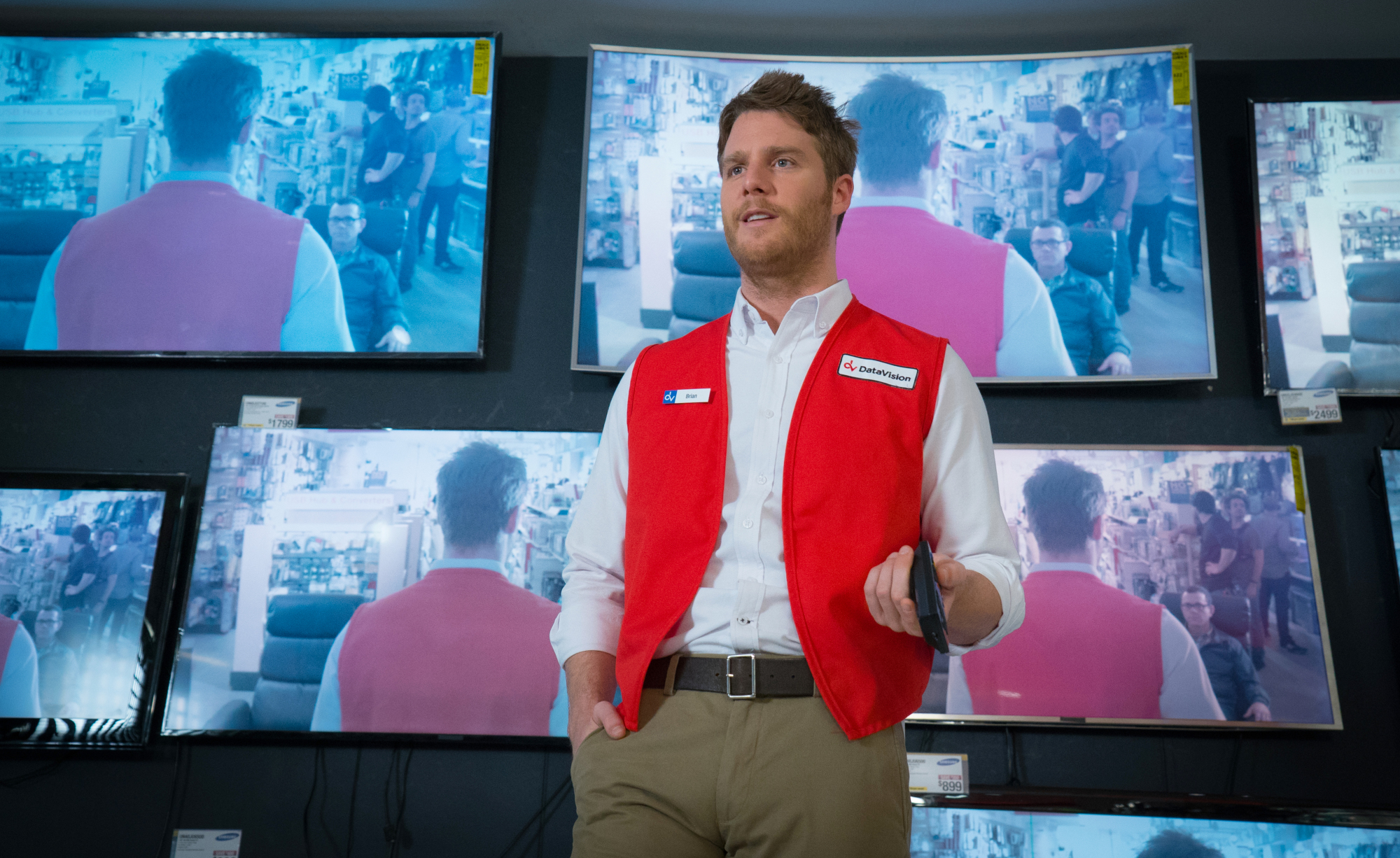 When Brian gets hold of NZT he becomes… the exact same guy, just a lot more so. The show's signature is the increasingly elaborate arts-and-crafts presentations and models that Brian puts together as he organizes his thoughts and attempts to demonstrate his solutions to the mysteries he encounters. But that is who Brian is from beginning to end: a person of infinite enthusiasm, curiosity, and creativity.

And NZT or not, that's not something anyone around Brian really wants him to be. He has no sooner started using the drug than he stumbles into the path of the FBI, who are investigating the rare super-drug and who are working on behalf of a government desperate to get hold of a safe version of the drug that they can control. Eddie Morra resurfaces at the same time, now a popular senator with presidential ambitions, and he wants Brian to be his mole inside the FBI to ensure that Morra remains the only person in control of a safe and reliable NZT supply. Brian's family is confused by his sudden importance, but more than that they begin to resent the distance and independence he now has and begin chafing at his sudden secrecy.

Morra, a decade older than Brian and the first person who got reliable access to NZT, used it to gain entry into and control of political and economic power structures. Brian coming a decade later to a world defined by those structures, is forced to contort himself to suit those structures. If he stops working for the FBI he goes to jail. If he stops working for Morra, he loses access to the supplemental enzyme that keeps NZT from killing him. He's got the same super-abilities that Morra had, he's not granted ownership of them. He can use them for the people in power, or he can be legally and physically destroyed. 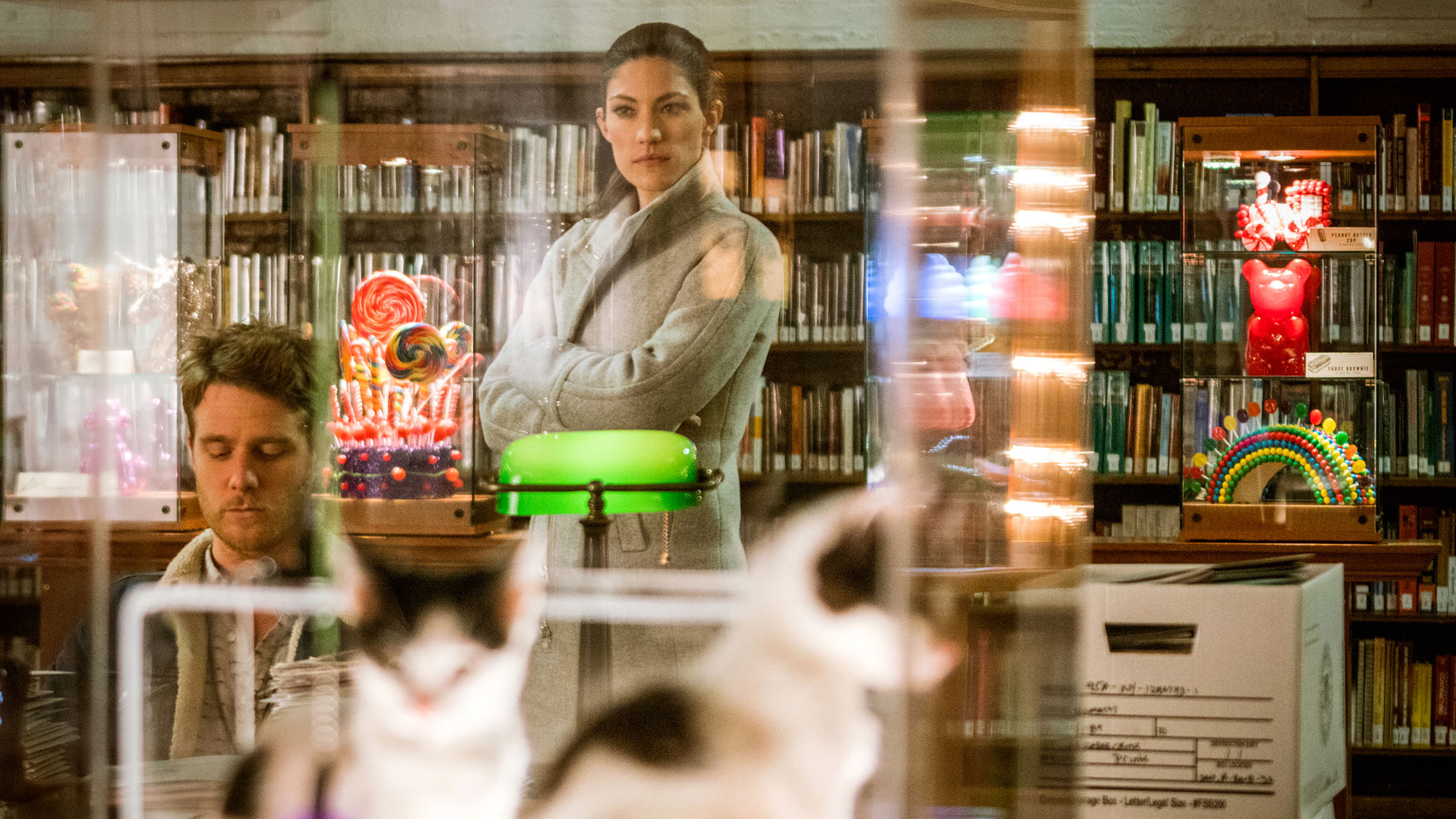 It's a testament to the lightness of the show's writing and Jake McDorman's performance that it's such a superficially cheery, irrepressible show. Because at its heart and at its very best, it's a stoner Three Days of the Condor. The show's gentle satire of genre tropes, and its bleakly paranoid worldview, might best be encapsulated by "Stop Me Before I Hug Again", which opens with a whirlwind of a grisly crime scene where a serial killer has assaulted and murdered a woman… and then Brian's subconscious arrives in the form of a Bozo the Clown-type memory from his childhood, terminates the SVU-style editing and dialogue, and replaces all the details about the crime with twee descriptions of harmless hijinx. It borders on offensive and twee, but it also nicely sends-up the trend of using increasingly lurid crimes and prurient fascination to mask rote pro-cop propaganda. By the end of the episode, Brian has solved the murder and exploded the reputation of the FBI's greatest criminal profiler… and also badly slipped up and left clues about his double-agent status to be discovered by his FBI handler, Rebecca Harris (a consistently terrific Jennifer Carpenter). The episode ends with Brian alone in his apartment with his subconscious, who drops the act with Brian long enough to warn him that the triple-life has secretly made him so depressed and lonely that he's beginning to sabotage himself. And because NZT has made him a creature of powerful reason and expertise, he doesn't see it coming.

But the greatest horror of Limitless is the rift that opens between Brian and his family, particularly his father. Played with a mix of avuncular supportive sympathy and harsh, scrutinizing judgment by Ron Rifkin, Brian's father is someone who has spent years hoping Brian would live up to his potential. He loves his son unconditionally, he says, and is briefly thrilled that Brian appears to be having success as he finally grows-up. But Brian hasn't grown-up so much as he's been trapped in an important job. And as Brian deals with the stress of that, and tries to shield his family from the danger that surrounds him, both his parents turn on him. They are stung by his sudden secrecy, his apparent lies, and his unwillingness to be an open-book any more.

What's clear as you watch the show is that his family was far happier when Brian was an anxious, self-doubting "failure." They liked his dependence, they liked what they saw as an extended childhood where he still needed their discipline and guidance, and they liked the narrative they had about him, and they liked where he fit into the family's pecking-order. His crime isn't secrecy, it's a sudden agency that contradicts every dismissive thing that they believed about him. 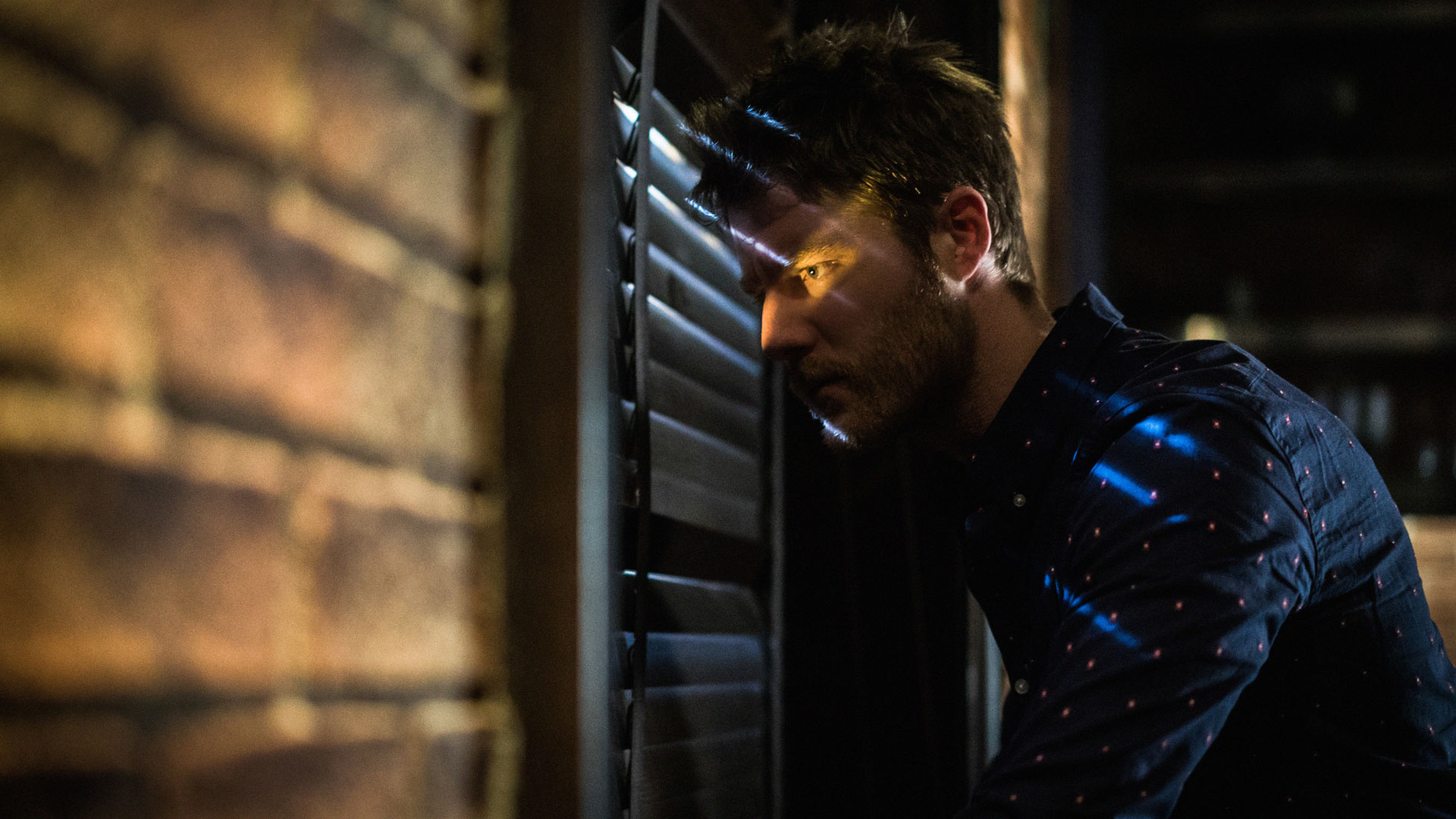 The suspense in Limitless isn't really about whether the conspiracy surrounding Brian will kill him, but whether Brian will be able to remain his authentic, best self as he's subjected to these countervailing forces. His evil mentor, the hired killer Jarrod Sands (played by the always terrific Colin Salmon), argues throughout the series that Brian just needs to accept that his choices are not his own, and therefore he's not bound by conscience. He's under compulsion, a tool just like Sands himself, and worrying about purpose is only going to produce unnecessary pain. That's what his handlers at the FBI want too: stop complaining, get in your lane, and do your job.

Limitless may have come after the flood tide of Millennial thinkpieces, but it was firmly in touch with the realities lying beneath the discourse, and the effect they had on their subjects. It was aware of the quiet terror of seeing your twenties and early thirties vanish into a maw of gigs and service jobs, and the shame of having to explain those jobs to families who felt that somehow, it was a personal choice and failing if you had not successfully developed a career path. It knew the guilt of having built a life around your passions, because you were always encouraged to do so, and then discovering too late that creative industries were sinking, and the things you loved could probably not, it turns out, let you build a life around them.

The punch line is that when Brian finally gets his big opportunity, the most important thing he receives is not NZT. It is security. He finally gets time to figure things out and see how he can bring his talents to bear in new and unexpected ways. In its way, Limitless was and remains profoundly hopeful for people who were relentlessly infantilized even as they had grown into capable, determined, and above all good adults, whether the people in charge noticed or not.