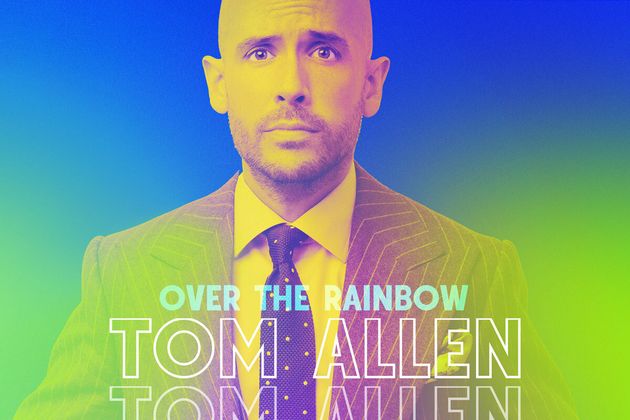 Thanks to his presenting on special editions of the Great British Bake Off and the Apprentice spin-off You’re Fired as well as his brand new game show Quizness, comedian Tom Allen is now among the UK’s most prolific stand-up comics and presenters.

Over the years, Tom has charmed viewers with his unique sense of humour and personality, leaning into his love of all things camp and joyful.

Speaking to HuffPost UK as part of our Over The Rainbow series, Tom reflected on his favourite Pride memories, and how queer icons like Rufus Wainwright and Elton John helped him unlearn shame and embrace who he really is...

What is your favourite Pride memory?

Probably my most recent one is when I went to World Pride in New York in 2019, and I was on the Attitude flight that was commandeered by Virgin Atlantic. They apparently stocked it enough for two return trips to Las Vegas, and we drank it dry within about three hours. It was just a hoot.

Jodie Harsh was DJing and everybody was up dancing in the aisles. And then when we ran out of booze, we hit a bit of tiredness, and everyone just sat down quietly and did some sort of bingo for the last two hours. That’s the thing with so many things in life – they sound like they’re lots of fun, and they are, but then everybody gets tired and needs a sit down.

Being in New York was so fun, the whole city was really turned over to celebrating Pride, and that was really exciting. I’ve had it a couple of times where I’ve been in predominantly LGBTQ places, and there is something so exciting about it – not just because of our innate wonderful taste, but also just the feeling of belonging and fun and celebration. 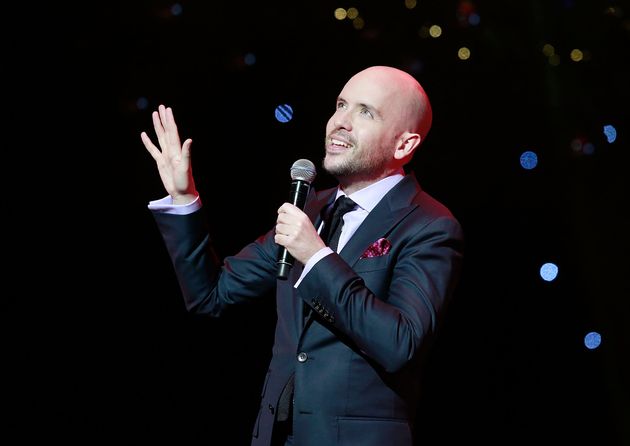 Who is your LGBTQ hero?

This is a funny one, but I talked about going for my first STI test in my book, and I remember there was a lady working at the clinic I went to, and she was so lovely. She was such a character, you could imagine her potentially working as something like a wig-maker in the West End before she went into doing swabs at the Mortimer Market STI Clinic.

I know for a lot of people in the LGBTQ community, going for those health checks – which are so important – you can feel very nervous about them, and I remember feeling so scared of that experience, and there weren’t that many people to talk to about it. But I remember her making everybody laugh and just being like, “come on, darling, you’ll be alright, helloooo, come through”.

I’m also really fascinated with the idea of camp, and camp as protest, and camp as subversion. Anybody can embody elements of what camp is… and people who do that are so wondrous. I love that they’ve always been around, sending their little messages of, “you’re OK, I see you, and you’re going to be OK”. Those kinds of heroes are such a big part of our history, and our community today. 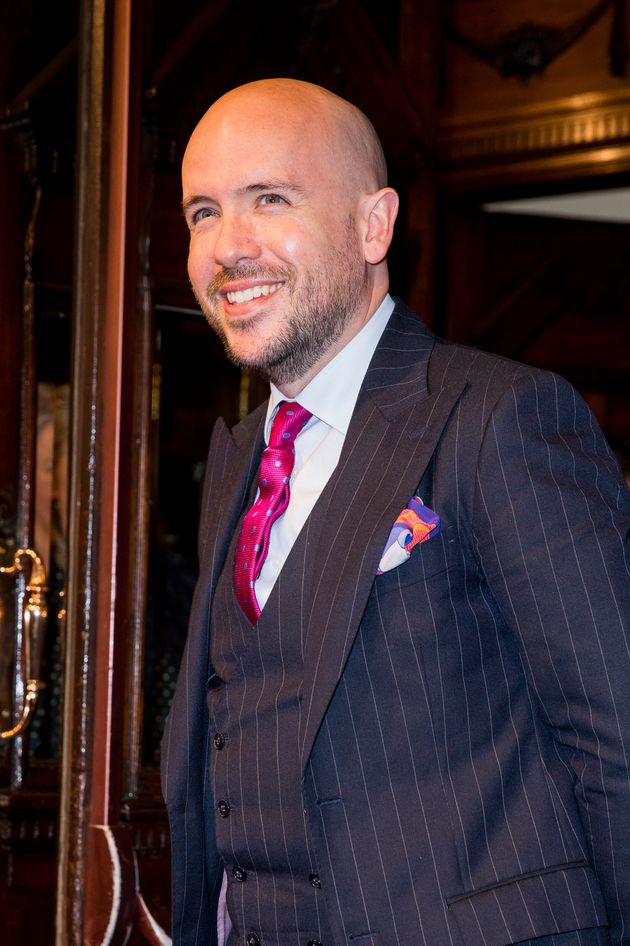 What is your go-to Pride anthem?

I remember when I was coming out, Scissor Sisters were a big deal. I remember Take Your Mama was a big Pride anthem. And also Rufus Wainwright, something like I Don’t Know What It Is. With those two acts, when I came out, that was the first time I heard people singing about my experience, or what my experience might be or something I could relate to.

So much music is about being so in love, and “I’m in love with her, and I’m a man, but I don’t know if she loves me back” or “I’m a woman and this man broke my heart but I still love him, what am I going to do?”, and you’re sort of taught you have to go along with these songs.

Before I heard people like Rufus Wainwright, I didn’t know you could sing about things that weren’t love – you can sing about dancing to Britney Spears or about feeling like a “beautiful child”. I just think anybody who steps outside of what’s there already, and talks about what they feel is their true self, those are the great anthems. 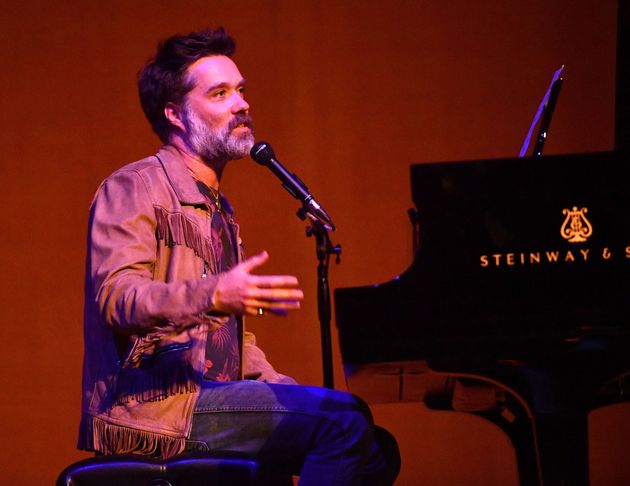 What is your favourite LGBTQ film?

I remember doing my trigonometry homework one Saturday evening, and the TV had been left on, and there was a film called Priest which came on. It was about a Roman Catholic priest who goes out one night and ends up sleeping with a man, and I remember thinking that was very exciting and intriguing! And to be honest, I’ve never been able to look at a 90-degree angle ever since.

And also Pride. I love how that film acknowledges that time, that I grew up in the shadow of without realising. Growing up during the AIDS crisis I was aware of it, but too young to know about it properly. But I found that film very moving. Just the loveliness of them going to Wales and uniting with the unions there, and all that community stuff was so uplifting.

But also the sadness of the fact that the main character died, and was so young, and tried so hard to do so many good things. You know, it’s so important to acknowledge the loss that was experienced during that time. I found that very moving and pivotal to understanding the history of being an LGBTQ person, and how that’s all part of our identity and our collective history.

What was an LGBTQ TV show or TV moment that made you feel represented?

When George Michael went on Parkinson [in 1998, to discuss his recent arrest for public lewdness by an undercover police officer in a sting operation], I think it was actually more important than I realised at the time.

It was only when I came out to my dad, which was some 14 years ago, that he brought it up. My dad was born in 1941, so he’s 80 this year, and he was actually so much more supportive than I gave him credit for, which is my shame and my problem, but he referenced that moment when I came out.

George Michael went on the biggest talk show in the country, as one of the most famous musicians in the world, and he just went “oh this is what happened, yeah, it probably was a stupid thing to do, but that’s something I did”. He just owned it, and he talked openly about being gay and openly about being himself. 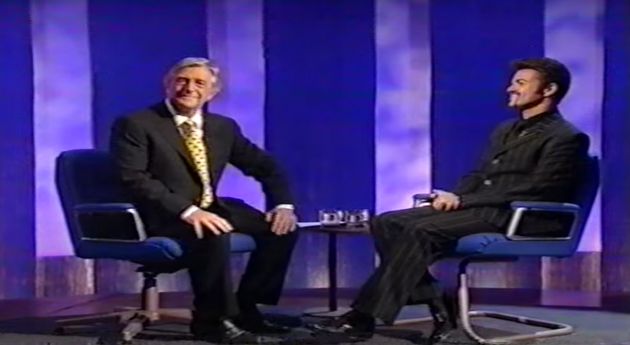 Who would be your ultimate queer icon?

When I was in my early teens, I was obsessed with Elton John. The way he dressed and his glasses and his performances, he was just so full of life. And I remember when I was growing up thinking, “what an amazing person”.

It was beyond just sexuality, it was about human identity really. And living your life to the full, and living without shame as a person, and seemingly not caring what anybody thinks, which is a great thing to aspire to.

Growing up there weren’t [LGBTQ] role models for my age group. And when you think, there wasn’t this celebration of Pride or LGBTQ History Month in schools, section 28 meant it was not allowed to be talked about. And the homophobic bullying, as far as I can tell, they weren’t allowed to counter it with anything. It was so miserable. And I think people like Elton John seemed to act as a counter to that in some way.

And also, the impact of the work he did with HIV/AIDS at a time when people didn’t want to even talk about it, to use his profile for good was really impressive, and part of, to my knowledge, part of a larger narrative of overcoming a generalised homophobia. I think that’s a big part of it. 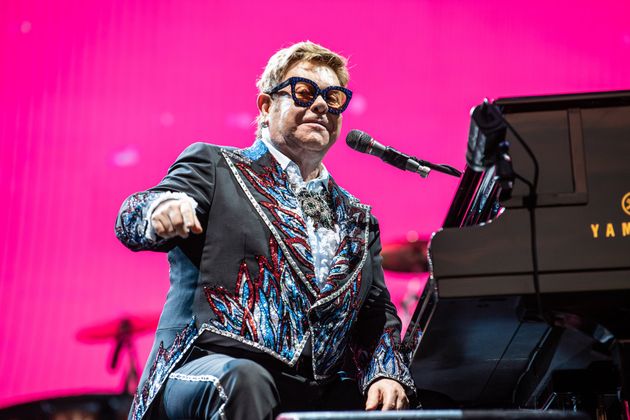 What is your message for young LGBTQ people this Pride month?

For me, the strength has been in enjoying being on my own path. And so, embracing your own path, whatever that means, and whatever that entails, is really key. I think that there’s something really wonderful about the fact that one can embrace being a person who might not be the same as everybody around them, and might not be the same as society often dictates we should be. But if we embrace that, there’s great strength in it.

I always grew up feeling “different” to everybody, and I felt really ashamed of that. And then I realised that if I leaned into it, there’s a strength in it. Your being is a creative enterprise, so enjoy that.