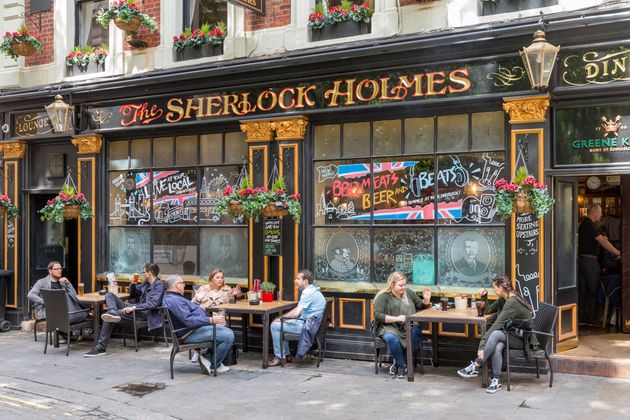 On Monday, the British public got their first glimpse of what work life in the new world of social distancing might look like – reduced hotdesking, the closure of office lifts and canteens, and putting tape on the floor to mark where people should stand.

But let’s be honest, what we really want to know is how the lifting of the coronavirus lockdown is going to affect the things we actually want to do. In normal times we’d have 100z different options for how to spend the weekend but these, as you well know, are not normal times.

On Sunday, Michael Gove warned that people would have to live with “some degree of constraint” until they could be immunised against coronavirus, adding Brits would have to accept a “new normal” until then.

It’s Saturday morning, breakfast has been served (at home) and it’s a gorgeous sunny day outside.

You’re actually a little bit hungover because last night you had a few drinks and danced like a loon to a live DJ – in your living room.

Even if the government allows nightclubs to operate at a reduced capacity, it’s unlikely this will be viable for many.

Sasha Lord, who co-founded The Warehouse Project and Parklife festival, told HuffPost UK he doesn’t think big night clubs will be open again until at least the end of September: “I think it has to be all or nothing for the clubs,” he said.

“There’s nothing worse than walking into a venue that’s one quarter full – it kills the atmosphere, it just doesn’t work.” 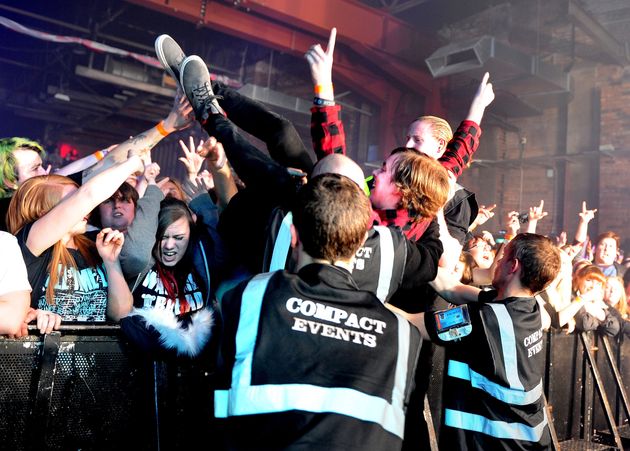 But there is an alternative, of sorts. Since lockdown measures were imposed, Lord, who is also the night time economy adviser for Greater Manchester, has been overseeing United We Stream, a free-to-view live music service that as well as providing people with a music fix has been raising money to support workers in the entertainment industry.

I can now confirm that the first 4 weekends of https://t.co/0YgDfFNWNf have raised over £260,000. Thanks to everyone who has donated, the artists and everyone behind the cameras. This will help so many people across Greater Manchester @StreamGm@AndyBurnhamGM#UnitedWeStreamGM

“It’s going to take us time to get our heads around coming back into hospitality and the night time economy. But we will quickly adapt,” says Lord.

So that’s your fun for the weekend sorted. But what about the kids?

Jason Jenkins runs Little Dinosaurs – a soft play area in Alexandra Park, London, he set up in 2009 because he was “fed up of going to places that stank of wee and were all indoors”.

Reopening a facility that primarily hosts children while maintaining social distancing raises its own unique challenge. “How can you manage 30 coughing, sneezing and sweating children who just want to bundle on top of each other and have fun?” says Jenkins.

Until for government guidance on soft play areas is issued, Jenkins can only speculate how it might reopen after lockdown.

“We would have to revert from a free for all to a set number session. We can hold about 100 people indoors, 200 with garden as well. I imagine we’d be looking at 20-40 children and 30-40 adults at a maximum.

“Although you can’t control the children, but there’ll be much stringer hygiene measures. It’ll be stuff like masks, spray guns and washing all the equipment down and extra stuff like that.

“That’s all we can think of until we know more.”

So with the kids in tow, you decide to visit that bastion of British commerce...

Unlike DIY stores like B&Q, garden centres weren’t classed as essential shops by the government and so closed in March, right at the beginning of their peak season.

Denise Matthew runs The Boma, a gardening centre in north London. She told HuffPost UK: “If you don’t make enough in April and May then you will struggle for the rest of the year.

“The fact we are closed for these two months is a real challenge for the whole horticultural industry.”

For those that survive, it’s likely they will be among the first businesses to reopen as many are outdoors and spacious enough to effectively impose social distancing measures.

But the experience will be different – queues to enter are almost certain and most notably, it could be the end of leisurely browsing and the introduction of a much more streamlined shopping experience.

“We’re going to put trained horticultural staff at the gate to try and help people with answering questions at the gate while they’re waiting,” says Matthew.

“They can give advice right there while they’re queuing.”

So armed with a few perennials and some newly-acquired expert knowledge, it’s time for lunch. And maybe a pint.

The great British pub faces one of the most difficult logistical challenges when it comes to enforcing social distancing, particularly smaller venues.

Sam McMeekin, co-founder of The Gipsy Hill Brewing Company, told HuffPost UK: “They survive by packing people in, and people are happy to be packed in because there’s a great atmosphere and great quality food and drink being served.”

The government has already confirmed that pubs and restaurants will be the last to reopen so it’s highly unlikely you’ll be popping down the local next week.

Whether or not pubs survive closure and the subsequent social distancing may well rely on what they do as a business in the meantime.

McMeekin has seen a huge surge in online sales and while it “doesn’t make up for lost sales”, he’s hoping if they continue after lockdown they could he make up for the near-inevitable limit in customer numbers.

But it will still be a struggle and special events might still be nothing more than a fond memory for some time to come.

“We really make hay when we’re showing England rugby games during the Six Nations, any kind of big party or a beer launch,” he says.

“Those days make everything else work.”

That’s not to say the party planning has stopped entirely – McMeekin is currently running a “buy the NHS a pint” campaign. “The idea is when we can reopen, we’ll have a series of parties to make sure all the money gets into the hands of NHS workers.”

So if you’re not prepared to queue for the pub or perhaps you’re worried the atmosphere just won’t be the same, how about some food?

Restaurants are essentially in the same boat as pubs.

Simon Wood, 2015 Masterchef winner and owner of three fine dining restaurants in the north of England, told HuffPost UK: “We have absolutely zero idea when the restaurants might open again.

“They were the first to close so it sort of ridicules the government’s approach if they’re not the last thing to open.”

Like pubs, it’s more than likely social distancing measures will mean a limit to how many people can eat at any one time. Wood is already planning how he can comply with regulations and stay viable as a business.

“We formulated a plan and we’re now doing fine dining takeaway,” he says.

“The concept is 90% of the dish is made and prepped, the only thing you have to do is warm the sauce or cook your steak or cod.

“From a financial perspective, it covers my fixed costs within the restaurant which I have to pay whether we’re open or not. It gives people that high end dining experience but they also get a bit of a distraction and it fills a couple of hours of their day so it’s nice.”

Wood has essentially set up a new business in three weeks and hopes it could continue once his restaurants open and plug the gap produced by limiting dine-in capacity.

OK, so you’ve ordered some drinks online and you have all the pre-prepped ingredients you need to make a fine-dining meal for the family at home. What about entertainment?

You’ve spent weeks watching everything on Netflix, so maybe it’s time for a bit of culture.

And it’s not just the play itself that will be affected. “Live is quite a small theatre and one of the reasons our audiences enjoy coming so much is because you can go there and have a drink in the bar after and see the actors or approach them and ask them question,” he says.

“If you have to go through quite a rigorous process to even enter the space and then again to exit, it kind of removes you from that communal atmosphere that makes theatre what it is.”

Just like nightclubs and restaurant cooking, for the next few months at least, the theatre experience will be an at-home one.

“Best case scenario at the moment is we’re open by Christmas time and until then, the theatre experience is going to have to exist in a digital format,” Thompson says.

But there could be a positive effect of having the theatre experience move solely online.

“You can have huge numbers of people watching online and that is a way of getting the experience of the theatre out there and maybe in the longer term, this will have a beneficial effect.”