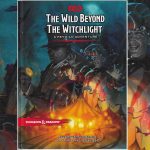 The Wild Beyond the Witchlight is the newest release from Wizards of the Coast for Dungeons & Dragons and it looks to be a fantastic romp into a world unknown. Unknown to me at least. And I can’t wait to run this campaign with my D&D group.

The Wild Beyond the Witchlight

The Wild Beyond the Witchlight potentially takes adventures from first to eighth level and will see them explore the wonders of Prismeer, a realm of the Feywild—a first for D&D 5th edition, but a welcome return for long standing aficionados of rabbit-folk, displacer kittens, and witches’ covens.

Since 2017, I’ve embarked on a mission to help Dungeon Masters streamline the process for picking their next official Dungeons & Dragons adventure. It works around 5 basic questions for DMs to consider:

Now, with the release of The Wild Beyond the Witchlight, I’ll use those same five questions to show why this story has to be the next one I tell.

Warning: This article is intended for Dungeon Masters considering purchasing The Wild Beyond the Witchlight and contains some spoilers for players.

Will I be interested in the story, and will my players have fun?

The first chapter sets out two potential story hooks to begin the narrative: find something abstract you lost long ago, or help an old warlock rescue an Archfey. In truth there’s no reason why you couldn’t use both if your adventuring group was more than four players (that’s what I’m planning to do). Both hooks are interesting enough to get the players invested, and both end up with the adventure beginning in a Kaleidoscopic traveling carnival extravaganza, which will soon lead them straight down the rabbit-folk hole and far, far away from Neverwinter.

The story is exciting and fun, filled with unexpected twists and turns, and is really just a glorified excuse to explore some of the wonders of the Feywild. For those who don’t already know, the Feywild is described in the book as a place of wonder ruled by unfettered emotion. What’s more, this campaign sets it self apart from others as the characters can accomplish their goals without resorting to violence—but only if they’re clever. The story features all the fantastic creatures you might expect: lonely unicorns, storytelling spiders, dancing korred, awakened dandelions, giant cyclopean beekeepers, and stained glass golems.

There’s lots of treachery and intrigue in this story and the players will go back and forth to different hags’ lairs multiple times on errands and double-crosses, as they explore the realm of Prismeer and the three main locations of Hither, Thither, and Yon therein.

It’s worth at this stage that this campaign is VERY role-play focused, and there is the potential of there being no combat at in the story at all—although unlikely in most cases. Naturally, this will not appeal to some players and DMs. If that’s you, and your group simply prefers a good ol’ fashioned hack ‘n’ slash, then perhaps give this campaign a miss, or just remove the peaceful alternative options (beware if you do this that some NPCs will be unkillable for low level players).

How easy is it to DM with the material given?

They have done a brilliant job of making the Dungeon Master role of facilitator as straight forward as possible. This includes amazing maps, a unique story tracker, and excellent roleplaying cards. In this tome more than any before helping the Dungeon Master seems to be one of the main focuses. They’ve obviously listened to feedback and asked the question “What can we do to make life easier?” However, it’s probably not advisable as a campaign for first time Dungeon Masters.

The maps are wonderful. The Wild Beyond the Witchlight features a pull-out double-sided map with resources for the first chapter on one side including a handy Time Tracker, and a detailed map of the Feywild domain of Prismeer, where the majority of the campaign takes place, on the reverse.

However, the most useful part of this book are the roleplaying cards and story tracker. I don’t remember seeing anything quite so detailed and useful in previous 5th edition campaign books, but I hope these both feature in ones to come. Having roleplaying cards you can use which give you notes on characteristics, flaws, and motivations for over 32 NPCs will make bringing the world of the Feywild to life so much easier. And the Story Tracker at the back of the book will also help any DM like me who has a terrible memory—and is sometimes admittedly half asleep when playing—a great way of keeping track of what’s gone on and where certain items might have been left or found.

I’d also recommend having your copy of the Dungeon Master’s Guide, Monster Manual, and Tasha’s Cauldron of Everything on hand when preparing and running this campaign.

The Wild Beyond the Witchlight has one of the best opening chapters of any official campaign I’ve seen. Characters visit a carnival and are free to explore, play games, get lost and interact with anyone they like. For new Dungeon Masters this could be a bit overwhelming—there’s really a lot to take in—but if you thoroughly read through the whole chapter before playing (generally advisable for any campaign) and take lots of notes, you’ll soon find that the fun of the fair overcomes you.

Another highlight for me in this campaign is how seemingly minor interactions at different stages of the campaign can have significant implications later on. For instance, at the carnival in chapter one, characters might give a button to a talking monkey, successfully ride a giant dragonfly, or impress an eloquent giant eagle. Later on, if they find themselves prisoners in the Feywild, that same monkey might provide the key to their escape; they might discover a new talent for dragonfly riding which impresses some cranes in chapter four; or put to use some newly acquired debating skills to pacify a rampaging threat at the story’s climax.

Maybe it’s just me, but I’m not a big fan of hags as the main enemies in my D&D stories. This campaign sees a coven of three hags—there are lots of threes in this story—betray an archfey and carve up her realm into Hither, Thither, and Yon. This provides the main narrative engine of the story; the players go from one hag to the next in an attempt to thwart their plans, retrieve their stolen items, and save the day.

I understand why there are three hags and why the story is set out like this, but I do fear that it will suffer from the same cultist overload issues some campaigns have had before—I can hear my players already: “What? Another hag we can’t kill. Great!”

I don’t think, however, that this issue is an insurmountable one, especially in a more roleplay focused game. An experienced Dungeon Master will be able to give a unique voice and personality to each hag so that players don’t feel like there’s stuck in a glitch in the Matrix.

What extras are there that I can use in future campaigns?

There is a lot here that can be brought into a campaign of your own making. The foremost of which, for me, is the inspiration of what I can include in the Feywild to differentiate it from other planes. I can definitely see the Carnival from chapter one and Palace of Heart’s Desire from chapter five making an appearance in some other Fey-based story.

There are also Feywild trinket tables, two brand new Feywild-specific character backgrounds, two new races—fairies and harengon (bunny people!)—32 brand new character traits that can be used in Fey- or non-Fey-based campaigns, 21 Fey-themed magic items—these include the Woodcutter’s Axe, Scissors of Shadow Snipping, and Iggwilv’s Witches Cauldron—13 NPCs, and 18 Monsters (although some of these, such as the Redcap and Quckling we’ve seen before).

The Wild Beyond the Witchlight

I’ve been dying to take my players to the Feywild for a very long time—I’ve even tried to do so, on more than one occasion, only for those pesky adventurers to make unexpected decisions and take last minute changes of heart. But now, as if WotC listened to my screams after three hours of preparing a Feywild session that turned in to an unplanned trip to Avernus, this is a campaign wholly set there. They can’t escape!

My players will have no choice but to explore the weirdest, most colorful, outrageous, and happiest corners of my imagination, where talking squirrels mix with glasswork golems, treacherous trolls, sexy sprites, and an eloquent talking unicorn called Ernesto who likes an oat milk cappuccino with a drop of hazelnut syrup.

In my mind, I’ve been planning this campaign for years, and finally WotC has caught up.

The Wild Beyond the Witchlight has everything a Feywild campaign should. It leads Dungeon Masters gently through the portal to the Feywild and there lets them run amok. The hardest part is going to be convincing my players to leave the Feywild once the story is over. But that’s a problem for future me, and time works differently in the Fey, so it’ll likely be a long, long time in the future. 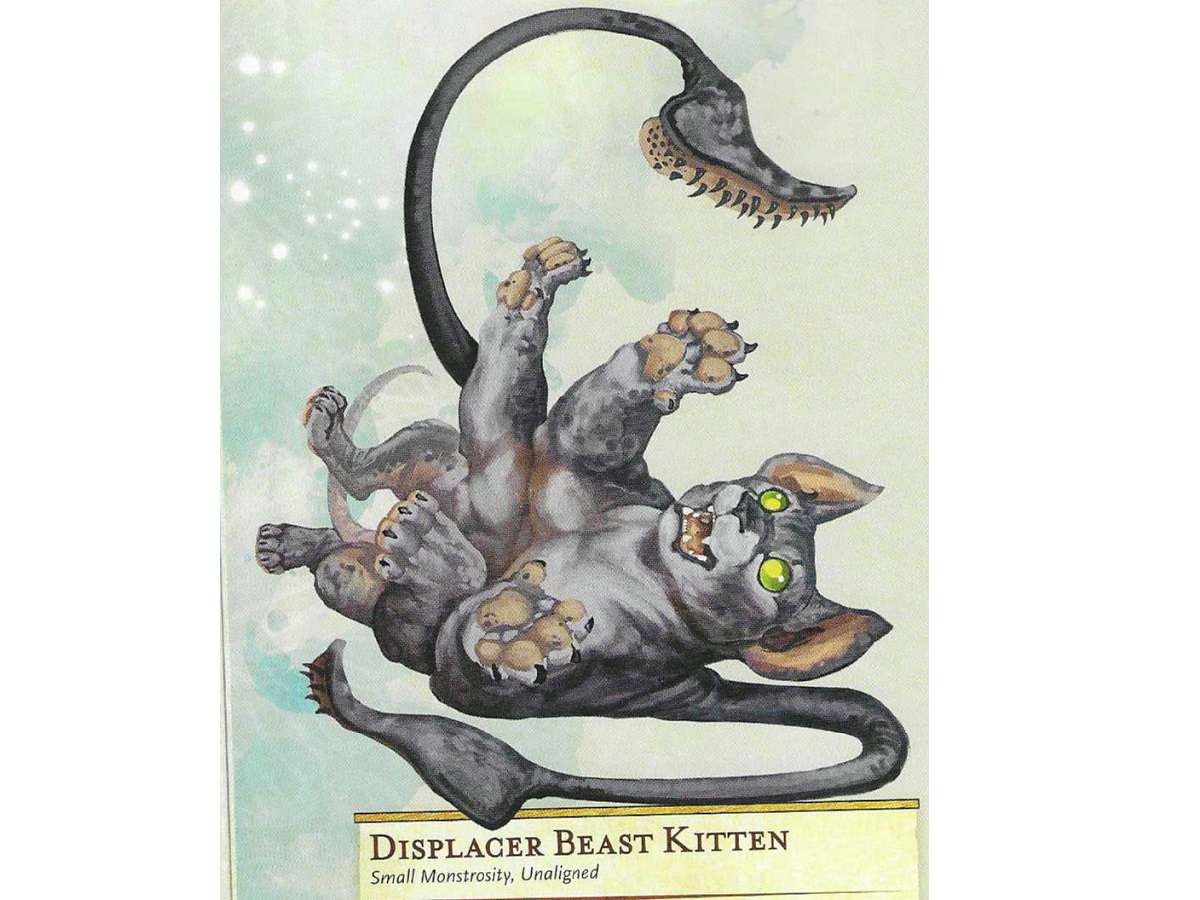 GeekDad received a copy of The Wild Beyond the Witchlight for review purposes.

WE ARE AMAZON ASSOCIATES

Many writers on GeekDad & GeekMom are Amazon Associates, and the links included in some of our pieces will generate a small affiliate bonus from qualifying purchases.

Click through to read all of "‘The Wild Beyond the Witchlight’ Simply HAS to Be My Next ‘D&D’ Adventure – Here’s Why" at GeekDad.If you value content from GeekDad, please support us via Patreon or use this link to shop at Amazon. Thanks!