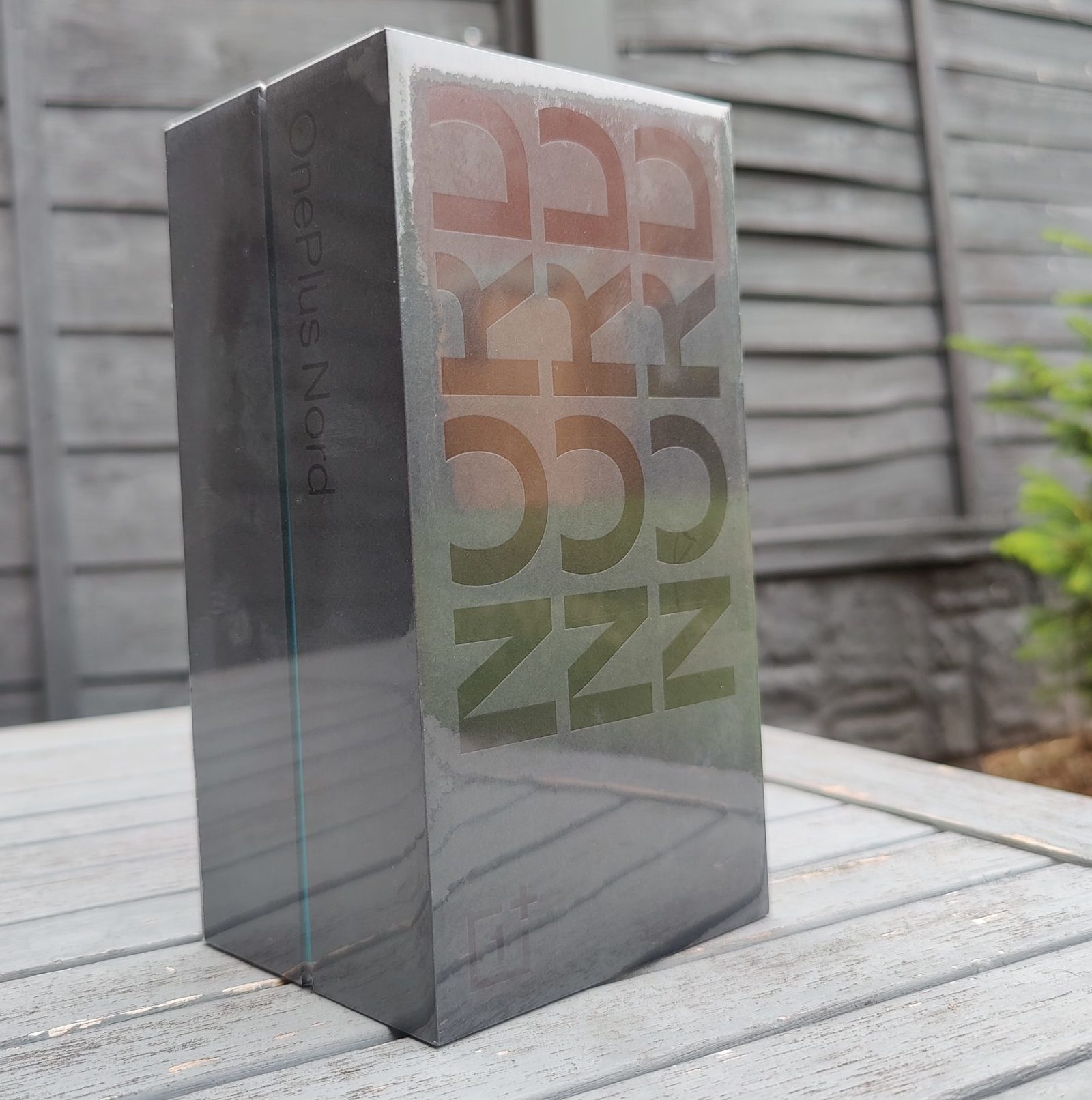 This is the one we’ve all been waiting for, and the handset that could potentially start turning the smartphone world on it’s head. This is a phone which is affordable but carries a lot of the tech and specs you’ll normally see in those crazy-expensive £1,000+ phones. This, for the 8GB / 128GB storage version, is less than £380. When we heard the price, I nearly dropped my coffee. 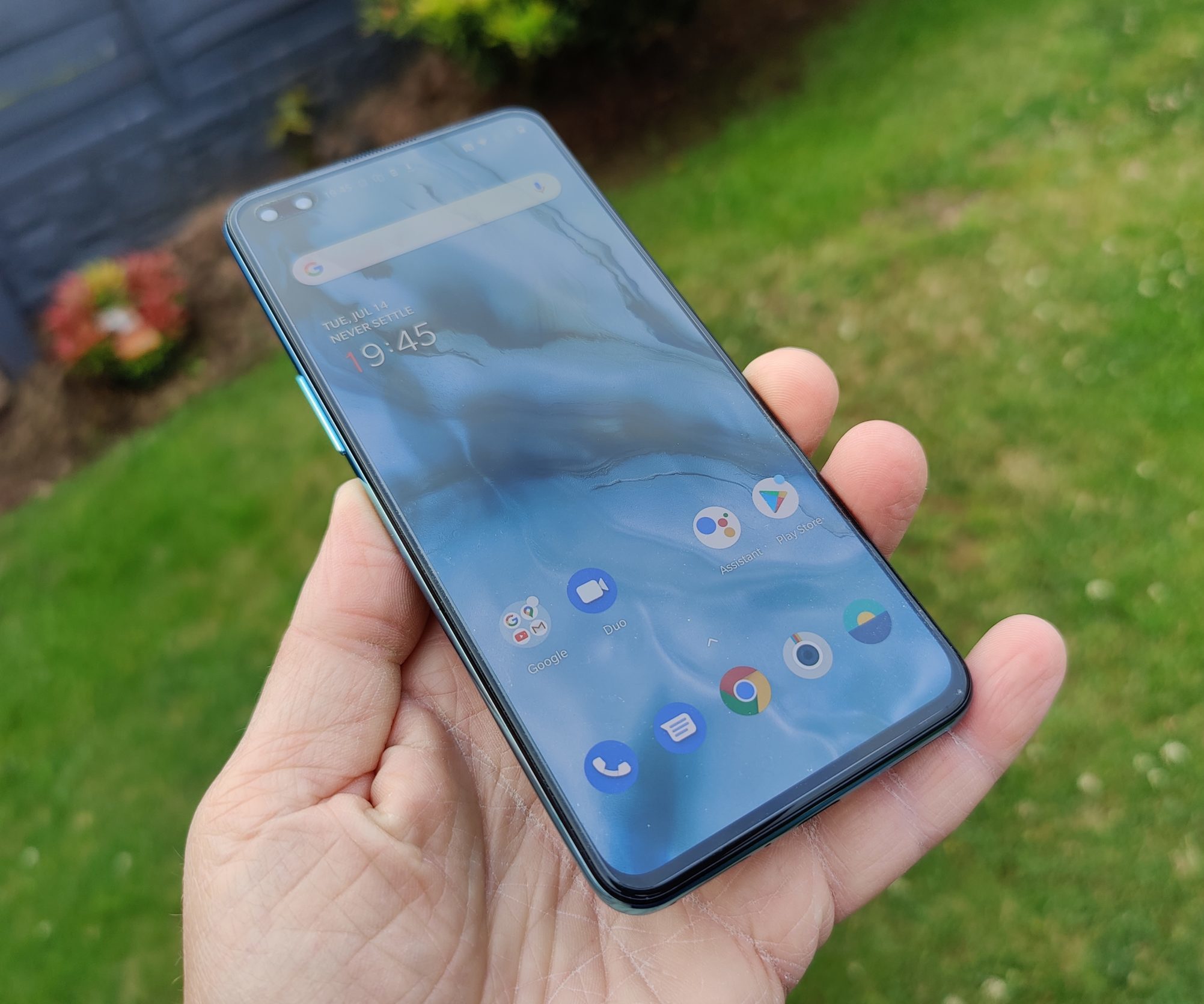 Now, I’ll be honest, we’ve had this phone for a while already but I can’t bring you a full review until July 27th when the embargo lifts. Today I’m going to sale as close as possible to the embargo rules and show you as much as I can, so here’s our unboxing..

As you’ll have heard me mention in the video, OnePlus (and other manufacturers to be honest) haven’t been able to bring that premium smartphone experience into a phone at this price before. Here at Coolsmartphone I can usually guess where the compromises in a sub £500 phone will be made. It’s usually either the screen or the camera. Here, OnePlus tell us that they’ve finally been able to make a phone that is both fast and smooth whilst maintaining the same quality and standards as their other smartphones. 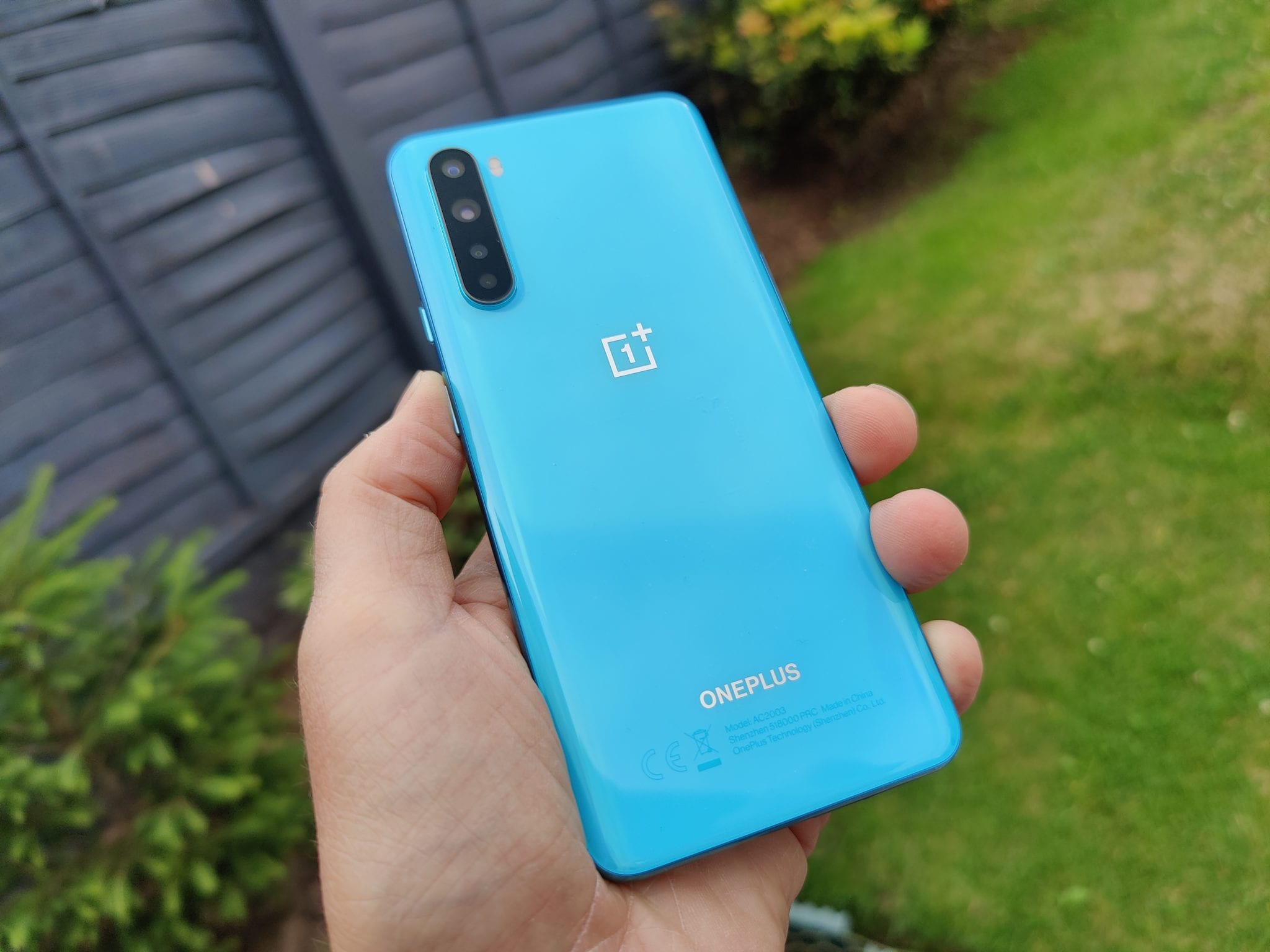 The “Nord” name has come about because it means “North”, and OnePlus are continually looking to move up. 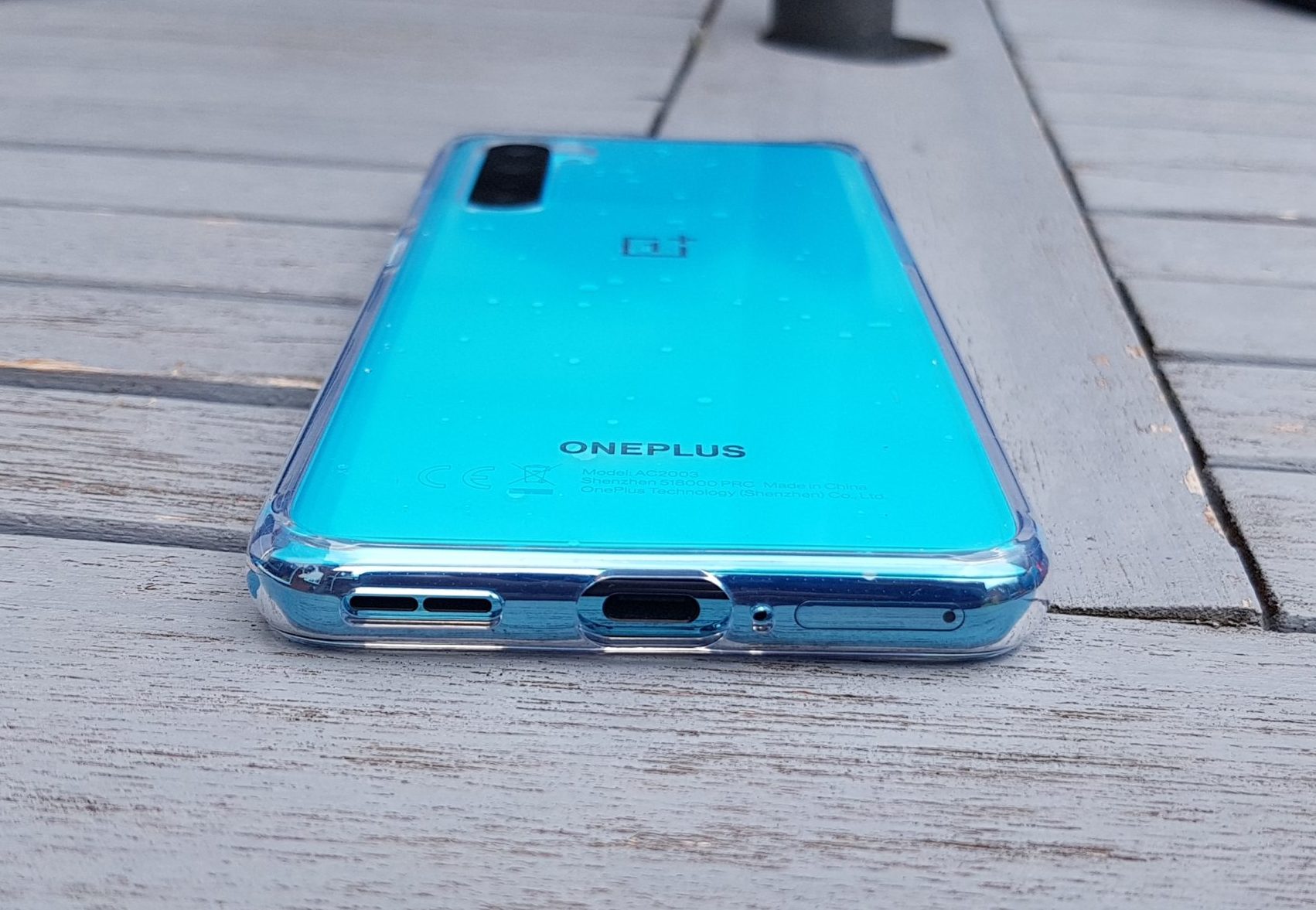 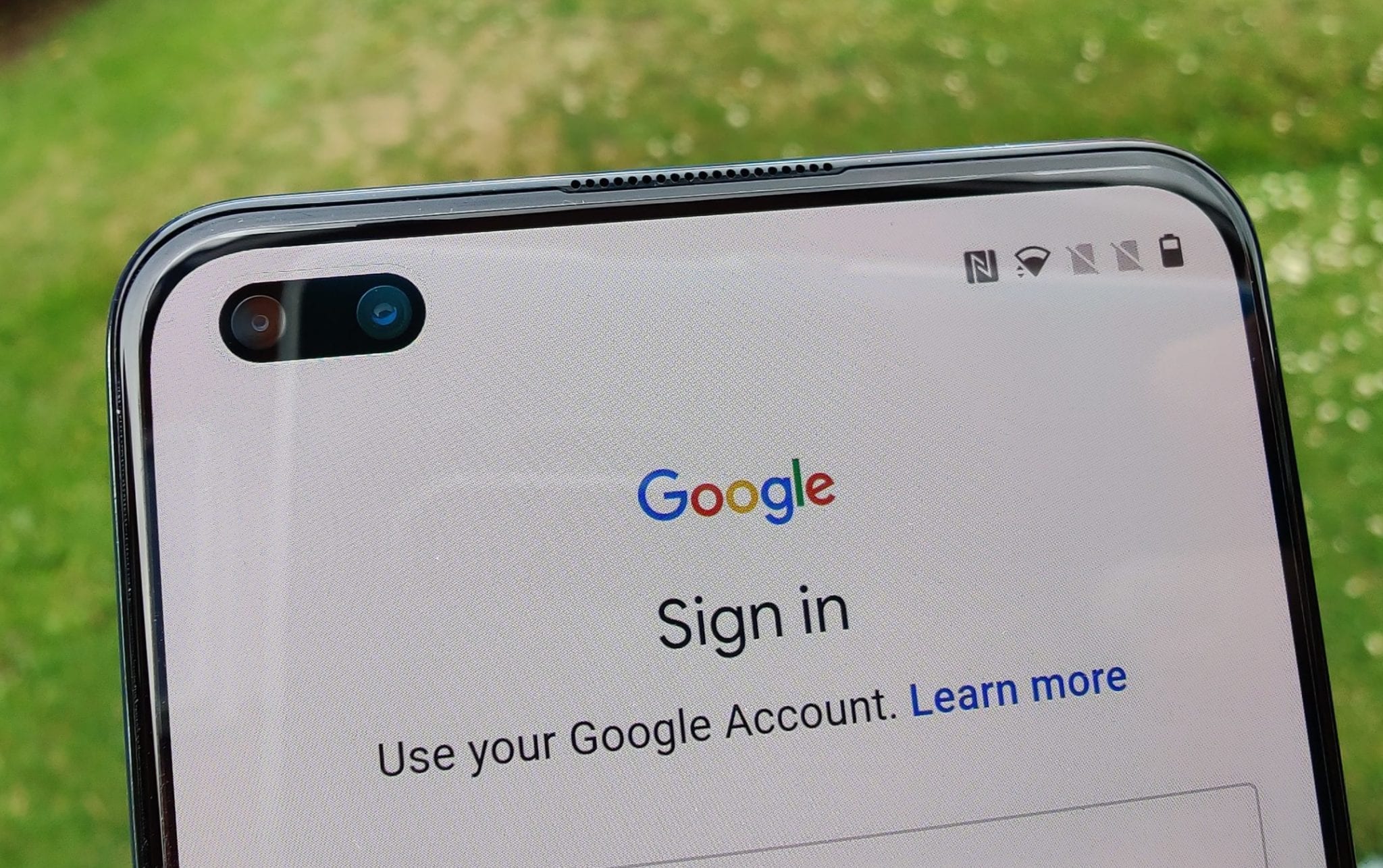 Up front, there’s a 32 megapixel selfie camera which has an 8 megaxpixel secondary camera next to it. This is to get rid of those selfie sticks – and instead you can use the wide-angle 8 megapixel lens to get your mates and more scenery into the shot. So that’s six cameras already, and you get that clever Nightscape system which stitches together lots of pictures taken at varying exposure lengths to create a clear, bright low-light shot. 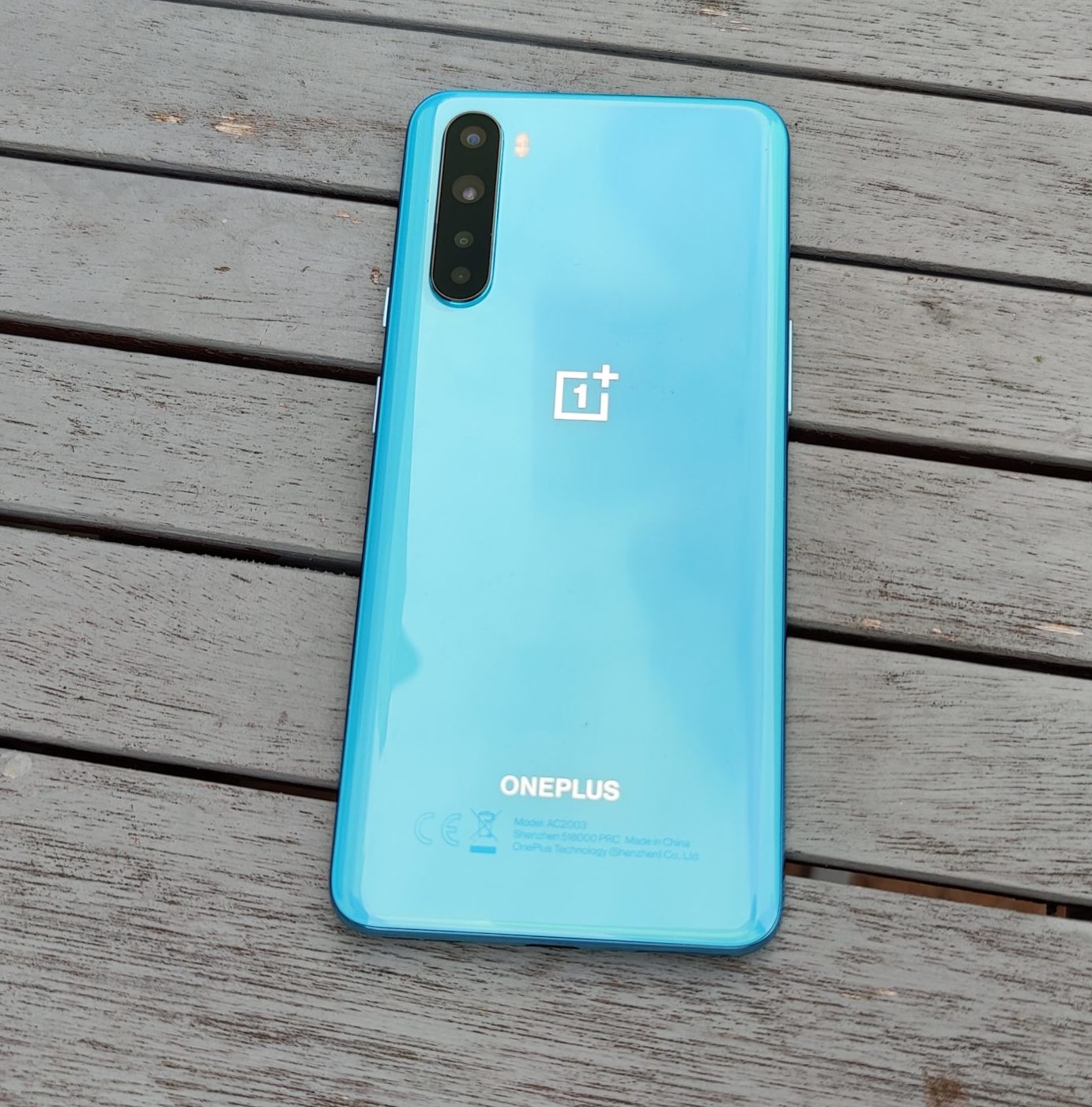 Powered by a Qualcomm Snapdragon 765G, this runs OxygenOS 10.5 (Android 10) with Zen Mode and dark mode plus a host of clever customizations to create a super-smooth experience. Oh, and talking about super-smooth, there’s a 90 Hz Fluid 6.44″ 2400×1080 (408 ppi) AMOLED display which gets over 2,000 levels of brightness so that it can adjust perfectly to the surroundings. The 90Hz technology on this phone was in the previous flagship OnePlus 7 Pro. Although there’s no wireless charging, she still gets Warp Charge 30T and it’s 5G ready. 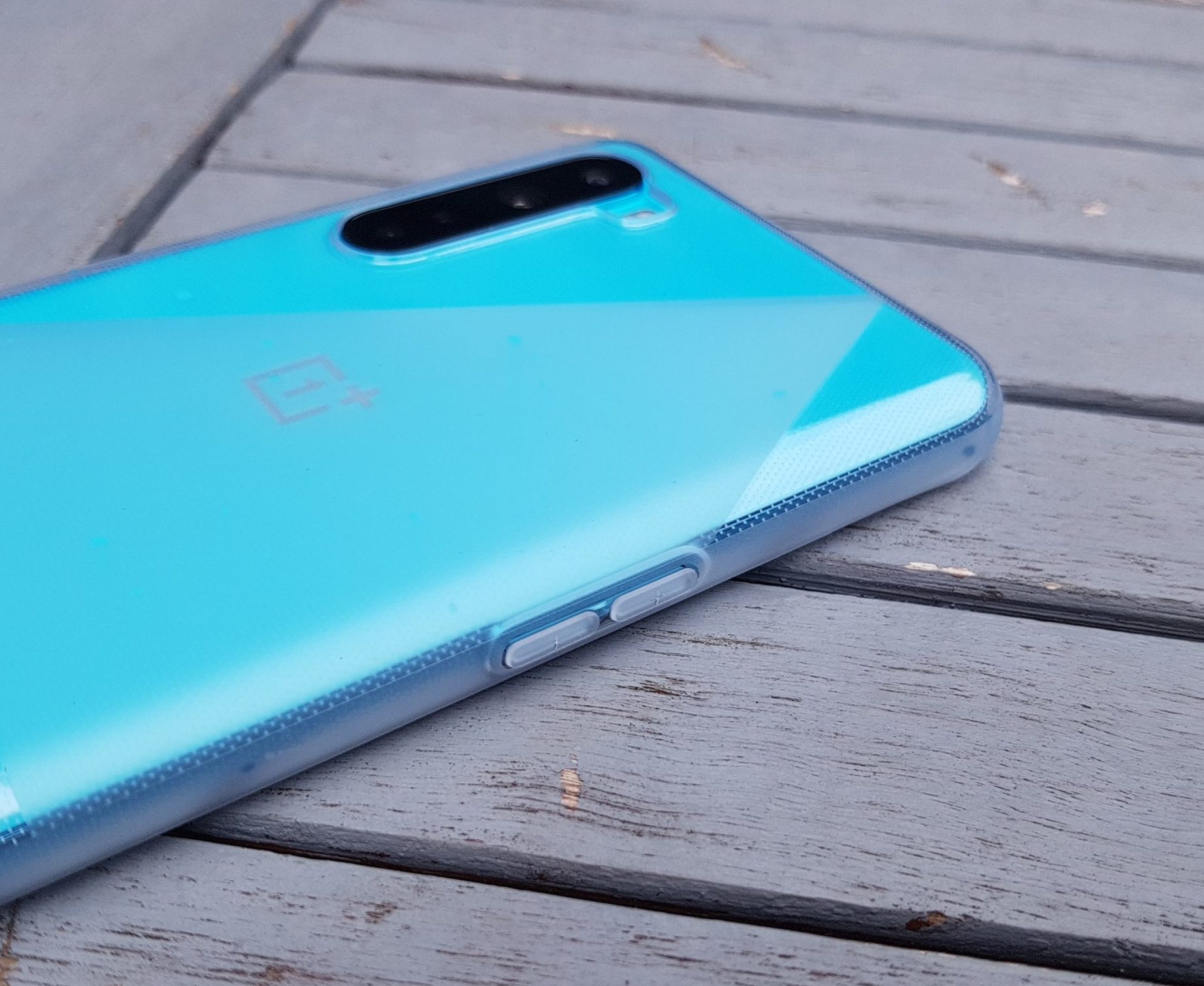 With the supplied case on. 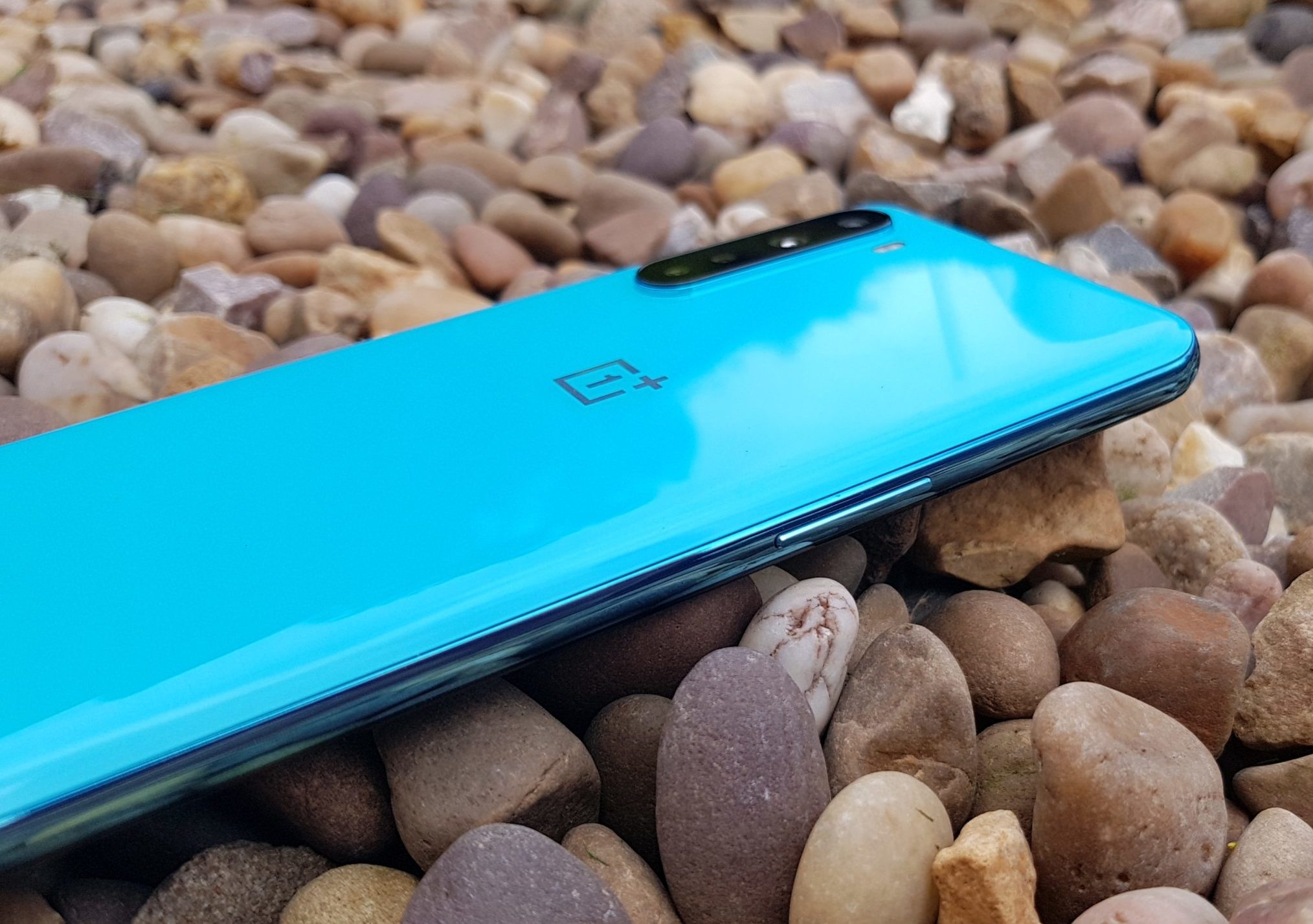 Fancy one? It’s available right now via an online pop-up event. There’s then a second event via John Lewis on July 31st for 24 hours, then on August 4th it’ll go on general sale with Amazon, John Lewis and UK network Three picking it up.

We’ve got the Blue Marble one here, so below there’s some photos we’ve been given which show the Grey Onyx version too.. 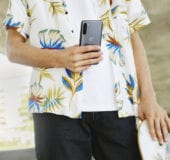 Stick with us, as we’ll have a deeper look at the cases that you can get with the Nord shortly.

The post The OnePlus Nord. Hands on and unboxing! is original content from Coolsmartphone. If you see it on another news website, please let us know.