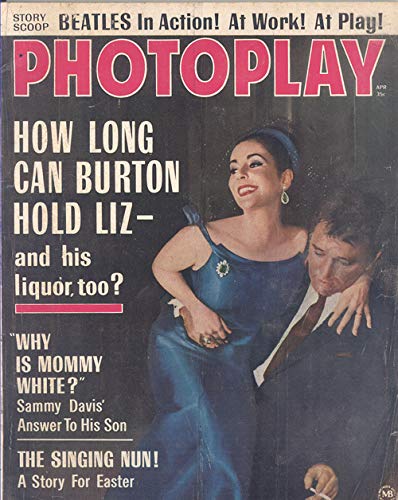 HANK PHILLIPPI RYAN: Did you ever read movie magazines where you were a teenager? (Are there still such things?)   I remember Photoplay, certainly. What were the others? I would read them when my mom went to the “beauty shop,” and always wondered about the movie stars’ glamorous lives. Back when the gloss and glitter made everything seem wonderful, and back when Hedda Hopper and her ilk ruled the world. Or thought they did.
So when author and journalist Penny Pence Smith told me about one of her first jobs—as a “legwoman,” I was enchanted. And, I fear, I began deluging her with questions.  What was that job, and why was I so fascinated? Read on. And I bet you’ll have questions, too. 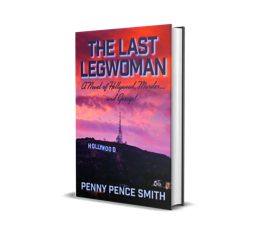 THE LAST LEGWOMAN
by Penny Pence Smith
The postponement of Broadway’s 2020 Tony Awards is sad, suggesting cloudy forecasts for the Oscars and Emmys in September and early 2021. I feel a lot of nostalgia for those glittering events, having covered them for nearly a decade, first as a “legwoman” or reporter/assistant for Marilyn Beck, the most widely syndicated Hollywood columnist (several hundred worldwide outlets) for nearly three decades. With her, I was a movie magazine editor, then a by-lined feature writer for two major media syndicates, including the New York Times Special Features Syndicate.  They were heady years and in spite of other subsequent career paths, still account for some of my professional “peak” moments.
Thinking about the Oscars reminds me of myself as a 24-year-old journalist ingenue, “covering” those awards in 1968  for my boss, unable to attend that year. I drove up to the bustling entrance (then the Santa Monica Civic Auditorium) in my VW Bug and was rudely directed to a self-parking spot. My participation was limited to the press briefing room along with hundreds of other reporters. Awards to In the Heat of the Night, Cool Hand Luke and Guess Who’s Coming to Dinner were nevertheless an exciting launch to many years of glittering adventures. Subsequently, I would enjoy audience seats and after-parties.
It was joyful to reminisce about those days, using them as inspiration for the stories in my recently released The Last Legwoman: A novel of Hollywood, Murder…and Gossip! Among many memories, the first is always spending time with John Wayne, on horseback, on the set(s) of movie(s) filming in Mexico, talking about his critics and his love of movie making. He was intensely loyal to his crew and cadre of costars, nearly always surrounded by them.
I was one of only two women allowed on the set of The Longest Yard, relaxing on the prison sports bleachers with Burt Reynolds, laughing about the script, while my own personal guard, “Jelly”, flicked his baton, assuring our safety. He was beside me when I interviewed the prison's warden, and two convicted murders.
Nothing really said “Hollywood” in my recollection more than arriving for a lunch visit with Natalie Wood and Robert Wagner at the height of their own vitality and popularity. She, pregnant and glowing, he suntanned and handsome. Together they were a vision of glamor that took my breath away.
There were continual “quick” trips—to Las Vegas to meet Elvis Presley after his show, to London, changing into formal wear in the airport restrooms and cabbing to a Disney movie premiere, to Mexico City to lunch with Rosalind Russell on the set of her last film, to Hawaii to interview the cast of the original Hawaii Five 0 series. In those times, I rarely bought a movie ticket or visited an exotic location without story assignments. London, Paris, Spain, Monaco — a publicist was always waiting.
But entertainment journalism was not without its share of minefields, as well.  George Peppard threatened to sue and “ruin” my career because I had described him as an “aging actor” after he arrived two hours late for a breakfast interview grumpy, weary and disheveled. Two studio publicists had been present and calmed the star storm. Hollywood nostalgia is always stained by the memory of the Charles Manson cult murder of Sharon Tate and friends. The early morning phone call from a writer colleague who lived across the street and described the scene as police were arriving was chilling. The public lives of many celebrities went quietly underground for a while, fear and distrust tinging the atmosphere. Over the years, there were other lawsuits threatened, deaths and misfortunes of people I liked and had covered.
Ultimately, I evolved into another career path and seldom spoke about the Hollywood time because many outside the entertainment bubble were incredulous or considered such discussions arrogant. But many of my life’s “peak events” occurred during those times and it was great fun plumbing them as I developed my book and its forthcoming sequel.
What are your peak events and are you writing them down for the future?
HANK: See? Told you. Okay, Penny, dish.  Come sit by me! And we all  want more of all of this. What say you, Reds and readers? What do we want to hear more about first? And which of these encounters do you wish you’d shared?
THE LAST LEGWOMAN – A NOVEL OF HOLLYWOOD, MURDER…AND GOSSIP
Meredith Ogden is at the top of her game in Hollywood as Legwoman (assistant in modern terms) to Bettina Grant, the country’s most widely read celebrity gossip columnist. But life changes for the 36-year-old journalist when she arrives for work at Grant’s Bel Air home-office on a December morning in 1983 to find her famous boss dead, murdered. A book manuscript lies on the floor next to the death bed. Partnering with High-Profile crimes detective T.K. Raymond to find out who killed Grant and why, Meredith faces more than questions or answers.  A volatile TV night-show host lobs threats because of a damaging news investigation about his background, Grant’s children have demands on the office and valuable celebrity files. Meredith’s home is broken into and searched, and she is assaulted.
With “High Profile” detective T.K. Raymond’s help, and that of an unlikely team of colleagues, Meredith deals with the threats to herself, her future and even ghosts from her own past brought up by the emotional chaos. 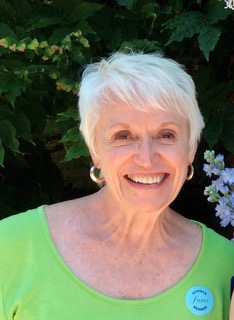 Penny Pence Smith began writing professionally during high school for the Indio Daily News, in Southern California. She went on to receive a Communication and journalism B.A. at the University of Washington, an MA from the Annenberg School at the University of Southern California, and Ph.D. from the University of North Carolina-Chapel Hill. From the beginning, she was engaged in the entertainment industry:  Warner Communication movie magazine editor, correspondent/LA Bureau Manager for New York Times Special Features Syndicate covering entertainment, Hawaii Correspondent for The Hollywood Reporter, and later, author of best-selling tourism books, Under a Maui Sun and Reflections of Kauai (Island Heritage).  Along the way, she managed advertising, public relations agencies and marketing consulting firms then became a professor at UNC Chapel Hill and Hawaii Pacific University. Her current work appears in Sun City News & Views in Palm Desert, CA, and in Hopper (former Mokulele Airlines magazine), and in-room books for SPG Hotels (Hoku) and Alohilani Resort. Penny lives in Hawaii with her husband and two cats (depending on who’s counting!)