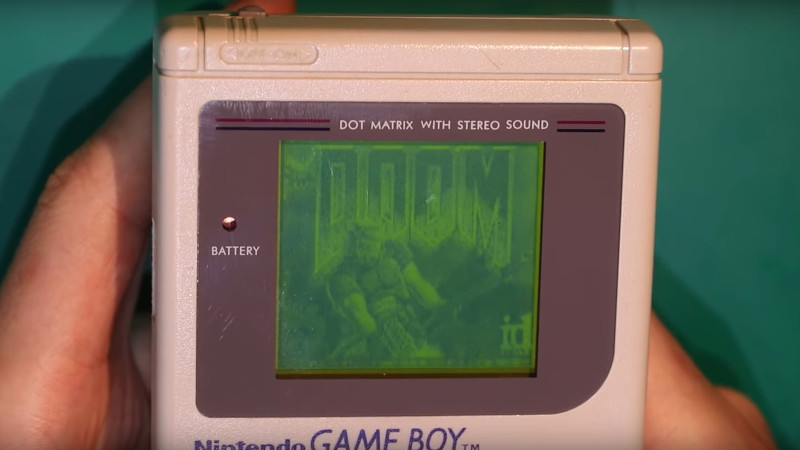 Explain a Game Boy to a child in 2021 and they’ll have little idea of how much impact that chunky grey brick had back in the day. Search for a YouTube video to demonstrate, and you might find the one we’ve put below the break. It starts with the classic Tetris on the Game Boy, then moves on to Super Mario World before treating us to Sonic the Hedgehog, and finally Doom. All seminal games of the Game Boy’s heyday, with one small problem. The last three were never Game Boy titles, and certainly wouldn’t have run on the device’s limited hardware. Most of you will by now not be surprised to find that the narrator is none other than [Sprite_tm], and his Game Boy has one of the nicest Raspberry Pi conversions we’ve ever seen.

Given his previous work we expected the cartridges to have an ESP32 on board that  somehow mapped into Game Boy display memory, but in fact he’s swapped the original Nintendo motherboard with a replacement carrying an ICE40 FPGA on one side to handle the Nintendo hardware and a Pi Zero on the other to do the heavy lifting. Insert a Game Boy cartridge and it emulates the original to the point you’d never suspect it wasn’t the real thing, but insert one of the non Game Boy cartridges and it passes an identifier to the Pi which launches a script to run the appropriate Pi code. So the Mario and Sonic games are running in Pi-based emulators, and Doom is running natively on the Pi. It gives the appearance of a seamless gaming experience, wherein lies its charm.

This project certainly has the quality we’ve come to expect from Sprite, and a quick flick through these pages will show plenty of previous examples. One of the most recent was a miniature working DEC VT100 terminal containing an emulated PDP minicomputer.