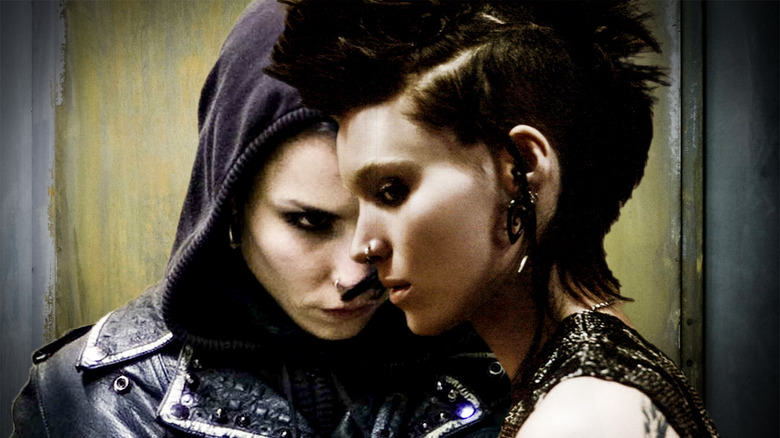 (Welcome to The Daily Stream, an ongoing series in which the /Film team shares what they've been watching, why it's worth checking out, and where you can stream it.)

The Movies: "The Girl with the Dragon Tattoo" (Swedish / American)

Where You Can Stream Them: AMC+ / Amazon Prime Video or Hulu

The Pitch: "I want you to help me catch a killer of women." That's how Mikael Blomkvist sparks Lisbeth Salander's interest in the case he's researching in one version of "The Girl with the Dragon Tattoo." Lisbeth has had a rough life. The dialogue tells us this, but we've also witnessed firsthand as she suffered the unthinkable at the hands of a man who was supposed to be her guardian. Her eyes light up at Mikael's words and she's immediately on board.

There have been many pointless, inferior Hollywood remakes of foreign films, but in some rare cases the remake has equaled or even surpassed the original. Sweden first gave us "Let the Right One In" and "The Girl with the Dragon Tattoo," and both of them yielded American remakes that were arguably just as good.

This weekend, Noomi Rapace has a new movie out, the A24 thriller "Lamb," and Daniel Craig also has a new movie you might have heard of called *checks notes* "No Time to Die." Both of these actors have ties to "The Girl with the Dragon Tattoo." Rapace played Lisbeth in the Swedish version, while Craig played Mikael in the American version.

If you're looking for one or more movies to go along with "Lamb" and/or "No Time to Die," these just might tattoo themselves onto your eyeballs. 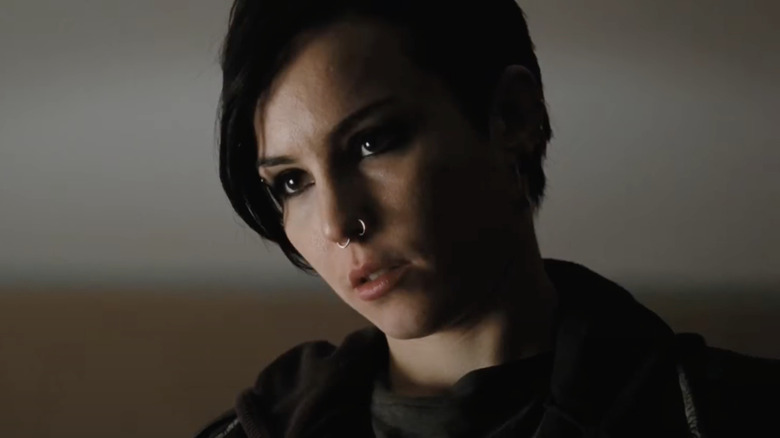 Niels Arden Oplev helmed the first adaptation of the first novel in Stiegg Larson's "Millennium" trilogy. The Swedish iteration of "The Girl with the Dragon Tattoo" is more matter-of-fact in its mise-en-scene, with its lighting and staging and overall production value reflecting a $13 million budget. Like a fly on the wall it simply observes, delivering a flat representation of what is going on in the room, even when that's something horrible.

Michael Nyqvist, known to American audiences for playing the villain in "John Wick" and "Mission: Impossible — Ghost Protocol," doesn't have the same superstar quality as Craig. This iteration gives Mikael more of a personal connection to Harriet Vanger, the girl whose decades-old disappearance he is investigating.

The main selling point here is Rapace, who went all-in on the role of Lisbeth and holds a magnetism that would soon see her crossing over into Hollywood blockbusters like "Sherlock Holmes: A Game of Shadows" and "Prometheus." Piercings, black lipstick, and a spiky collar form a goth impression when we first meet her resourceful hacker, Lisbeth. With her hair plastered to one side, she sits and absorbs data, applying her photographic memory to quotes from the Book of Leviticus.

Rapace's Lisbeth has more muscle on her frame and projects an inner strength to go along with it. Rapace trained for months in advance, taking up Thai boxing and kickboxing and getting her motorcycle license. The movie shows men hitting her, yet she gives as good as she gets -- taking on five guys in train station, waving a broken bottle at them, and putting up more of a fight when her new legal guardian suddenly handcuffs her to a bed. The veins on her neck bulge as she uses his own sex toy against him and tattoos, "I'm a sadist pig and a rapist," on his chest in Swedish.

It's not for the faint of heart. When he was 15, Larsson witnessed an appalling crime against a woman, and his own failure to act left him haunted, grappling with the scourge of misogyny in his books, which were published posthumously and only became bestsellers after-the-fact. 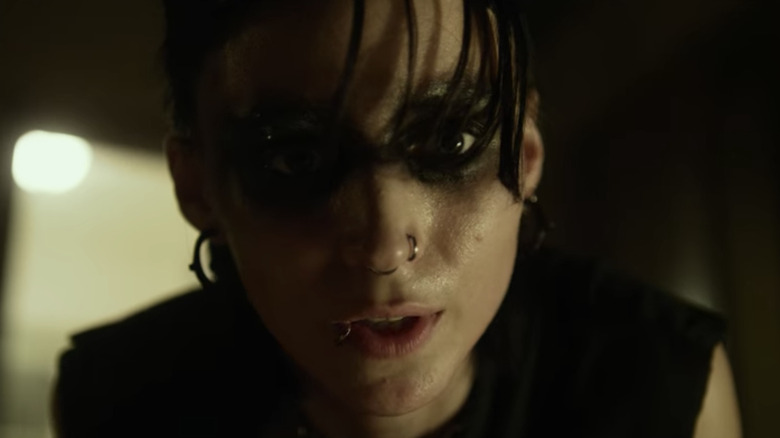 David Fincher's adaptation of "The Girl with the Dragon Tattoo" shows you what $90 million in the hands of a master filmmaker can do. Some of that money went into the film's title sequence; it plays out to the tune of "Immigrant Song," but the visuals are all "Paint It Black," as tar oozes out over a keyboard and faces.

Screenwriter Steve Zaillian punches up the dialogue with more conflict, and Fincher draws out the suspense of certain moments, prolonging the reveal of everything -- from a mansion at the end of a long snowy driveway, to a torture room at the end of a long dark hallway. You'll never hear Enya's "Orinoco Flow" the same way again.

Rooney Mara's Lisbeth is the computer-savvy reciprocal of Mark Zuckerberg in "The Social Network" (in which Mara played "the girl who rejected the founder of Facebook"). She's a wounded creature with shaved eyebrows who's not about to let some purse-snatcher run off with her bag.

Like its predecessor, Fincher's "The Girl with the Dragon Tattoo" is a rape and revenge film with a scene of assault that is hard to stomach and might be triggering for some. Fincher's film, like Oplev's, deals with dark subject matter: the exploitation and degradation of women. It's almost aggressively "feel bad," as its expertly cut trailer once advertised.

Much of it also involves characters leaning in and looking at a laptop screen. The film pulls out flashbacks, voiceovers, and research montages to dramatize its interviews and online investigation.

This isn't the only time that Craig would visit Christopher Plummer's estate and get sucked into a mystery with a detestable family at the core; maybe Rian Johnson was taking notes for "Knives Out." Some of the family members here may inhabit clean, well-lit homes, but they're liable to snipe you like Amon Goeth or leave a dead cat in a swastika pose on your doorstep.

For Fincher, this was another foray into franchise filmmaking after his directorial debut, "Alien 3." While his "Girl with the Dragon Tattoo" wasn't a commercial bust, we never did get to see him make a sequel. For many U.S. viewers, their first and last exposure to Lisbeth Salander may have come through his film, the end of which is heartbreaking.

Lurid, cinematic, unforgettable: all these words describe "The Girl with the Dragon Tattoo."

Read this next: The Daily Stream: When It Comes To Horror-Comedies, Spree Is A Blissfully Satirical Romp That Does It Right

The post The Daily Stream: Both Versions of The Girl with the Dragon Tattoo Will Ink Your Brain appeared first on /Film.