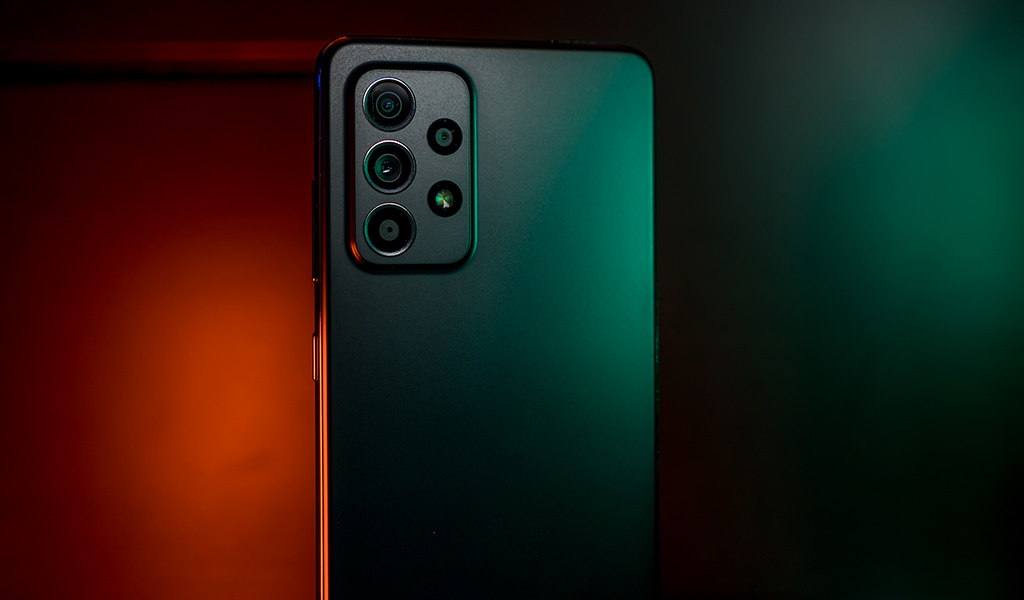 For Samsung, the Galaxy A52 5G is the kind of smartphone that delivers more than you might expect from something that isn’t a premium flagship. As much as Samsung’s Galaxy S and Note lines get most of the attention, there have been good strides on the mid-range front, too.

Last year, the Galaxy A51 and A71 stood out because Samsung tried to squeeze in whatever it could into those phones to make them compelling. Flagship features increasingly find themselves in mid-range devices, which is why the Galaxy A52 5G is an interesting mix.

To be clear, there are two versions of the A52, but the one I reviewed (and most readily available) is the 5G version. There are only a few differences between them, including the 120Hz screen refresh rate and slightly different processor.

It’s always nice to see when features and design principles make their way down to mid-range devices in meaningful ways. Instead of the “Glasstic” back that the previous A series phones had last year, the Galaxy A52 has a very nice matte finish that looks a little nicer. It’s still plastic in the form of polycarbonate, but it doesn’t necessarily feel like it all the time.

Otherwise, there are a lot of similarities from the past. The screen size is the same, and so is the quad camera array in the rear, albeit with a different main image sensor. There is a headphone jack in case you’re interested in that, but no wireless charging, unfortunately.

The processing power and RAM are good for a device in this range, and it shows later on. Samsung is a bit cryptic over exactly which chipset the phone runs on, but it is the Snapdragon 750G, whose performance shouldn’t disappoint. The efficiency pays real dividends in the grander scheme of what you’re doing because battery life holds up so well. I’ll touch on that later, but as is, Samsung’s preference for mixing and matching components does work out fairly well here. Even the internal storage is nice when you get the 128GB version. The microSD slot can expand that up to 1TB, which is great if you really need the extra space.

One thing Samsung did address is the lack of water resistance in the previous Galaxy A51. The IP67 rating ensures you won’t suffer any damage from an accidental spill or splash. I would advise against using the Galaxy A52 5G in the pool, but you should be fine in the tub. Definitely keep it away from saltwater though. 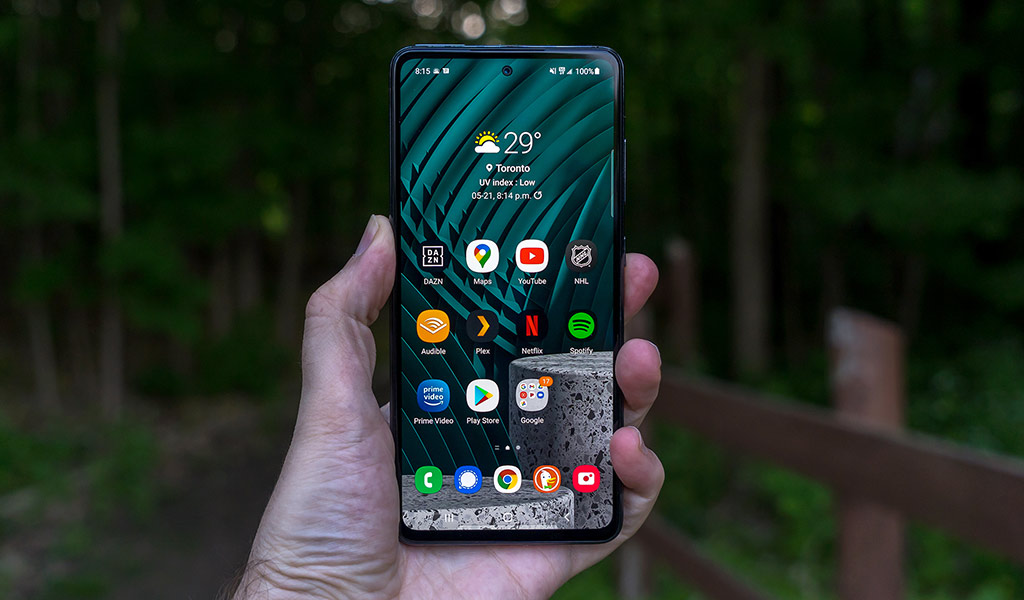 About the Galaxy A52 screen

There are a couple of key points about the screen that deserve some deeper insight. First, the 120Hz refresh rate isn’t something you often find in a phone in this range. For me, personally, it’s hard to go back when navigation and swiping feel that smooth, and I was glad to see it in this phone.

The second part is the screen brightness, or lack thereof. While the panel is the same size as last year’s model, it doesn’t get anywhere near as bright. At first, you look at it and think it’s just like any other display, but it’s when you’re outside in daylight that the limitations become apparent. The Galaxy A52’s max brightness isn’t on par with most phones, and it gets surprisingly dim in sunlight. If you prefer to use dark mode all the time, it gets even harder to see everything.

Is it bad enough to ruin the overall experience? I wouldn’t say so because it’s less of an issue indoors or in low-light. But if you’re spending a lot of time outside, and you need to look at it often when you do, it could be a problem. 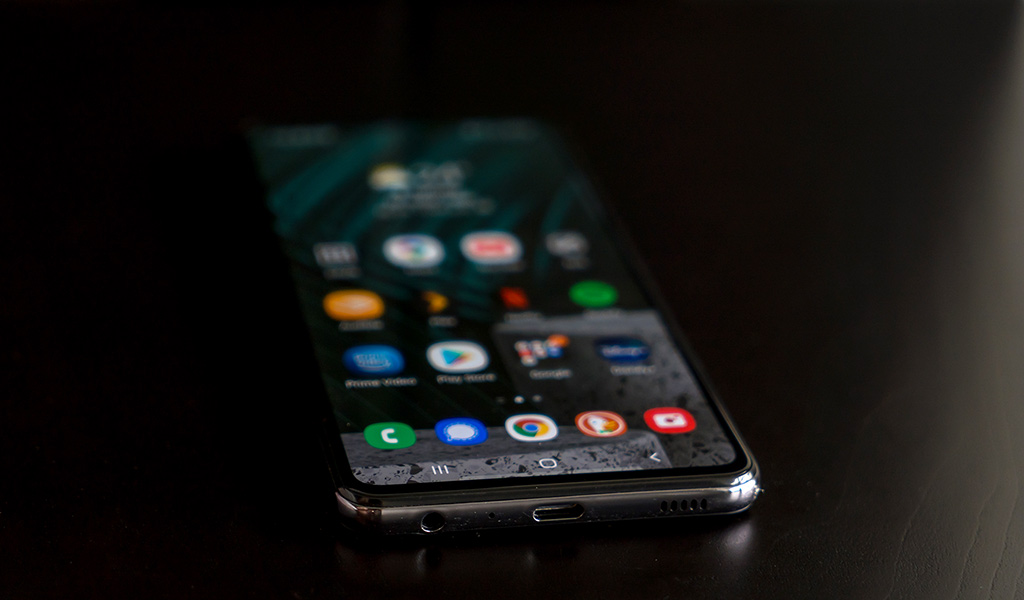 Between the solid hardware and software mix of Android 11 and Samsung’s One UI 3.1, this phone runs effectively well. I never ran into issues doing anything with it if it was reasonable. With mixed usage, be it streaming, browsing, messaging and the camera, the Galaxy A52 5G held up well. I didn’t encounter lag or slowdowns, though it’s obviously not going to be as fast as a Galaxy S21 is.

But that won’t matter if your needs fit within those tasks. This isn’t the phone you get when you want a serious powerhouse that does everything at a higher level. It’s the phone you choose when you want competent performance at a more affordable price.

The Galaxy A52 5G is exactly that. Streaming a live soccer game during Euro 2020 or Copa America didn’t cause me a problem. Messaging was easy, and using a variance of apps didn’t cause me any problems, either. It essentially functioned as I expected it to because of the mix of hardware and software inside.

If there was a limitation, it might be on the gaming side. Casual games are fine, but the more demanding a game is graphically, the tougher it may be for the phone to run it smoothly. For the most part, though, games should run well, as is. 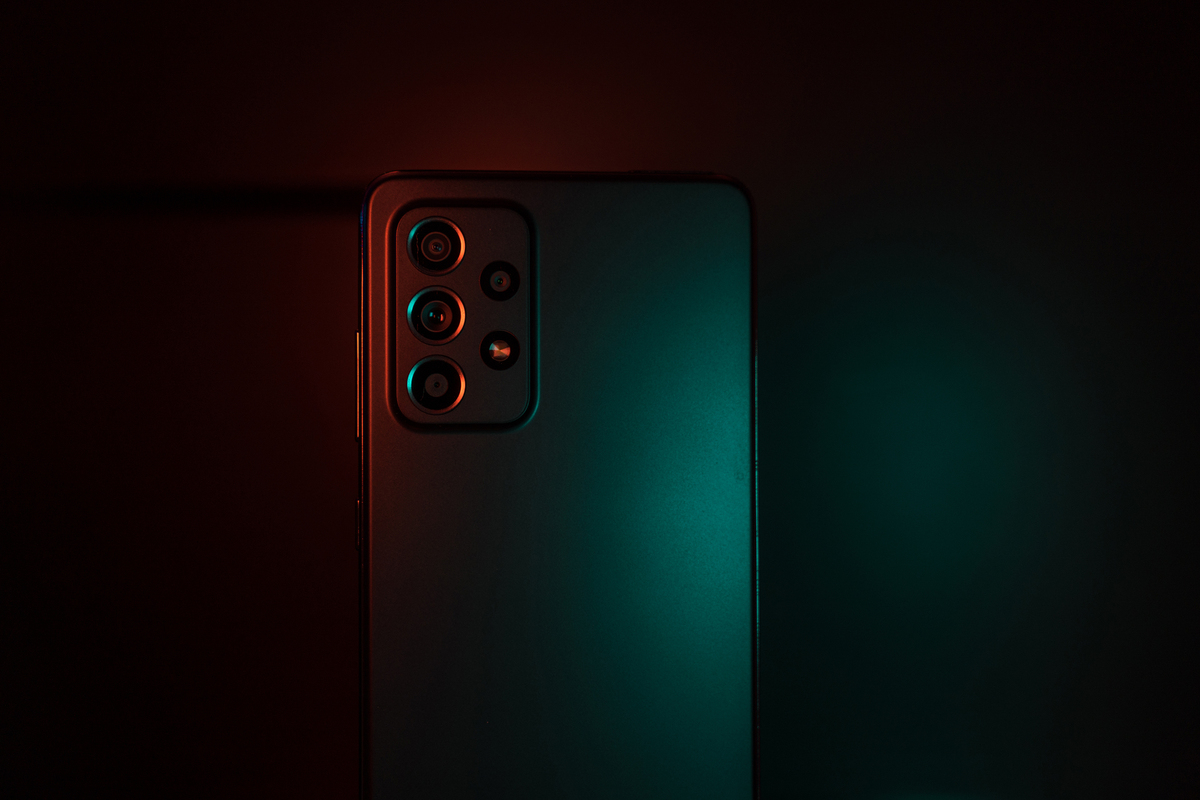 Camera performance is fast becoming a point of contention between mid-range phones, so it wasn’t surprising Samsung tried to up the ante on it with the Galaxy A52. Without question, it’s a better camera than the A51, even if most of the same pieces are intact.

The primary image sensor and lens are different, and that’s where the biggest contrasts lie. There’s optical image stabilization, which is nice, but also better output, overall. The main lens produces its best results in daylight conditions, where colours and detail pop out a little more, whereas indoor and low-light conditions pose greater challenges.

I did find the ultra-wide lens captured better detail than it did last year, though the same challenges apply when light is less available. The telephoto lens is perhaps marginally better, but I didn’t catch any major improvements there.

Samsung did throw in a lot of the modes it offers on the other premium Galaxy devices, adding more flexibility. Not all of them were there in the A51, so it’s another sign that the A52 is supposed to be a step forward. Results will vary, however, because you’re also limited by the hardware you have. For instance, Pro mode is good, but still only limited to the primary lens. Night, Macro, Portrait and Single Take are all there as well. Even Pro Video is there if you want it.

Fun mode is a new one, and it uses Snapchat filters to capture photos with either the rear or front cameras. It works with all of the rear cameras, which is interesting, and probably up your alley if you’re into that sort of thing.

Putting in a larger 4500mAh battery only adds to the excellent battery life from the previous model. Samsung also solved an issue in the A51 that sapped battery power further when streaming video apps were running. This was perhaps one of the strongest features of the phone itself. At no time in the three months I had the Galaxy A52 5G did I come into any battery-related issues.

That’s a great sign for a mid-range phone where efficiency really matters for greater longevity. It is too bad that you can’t recharge it wirelessly, but at least the included charger can get it back up and running quickly.

This isn’t a super exciting phone, and that’s exactly how it’s supposed to be. The Galaxy A52 5G keeps things simple, yet does it with an improved blend of features and performance. At its price, it looks like a very reasonable and effective alternative to flagships that cost double or more. The camera may not match a more expensive handset, but it’s at least a step ahead of where the Galaxy A series used to be. Not to mention the excellent battery life. For all those reasons, it’s hard not to recommend this phone when you’re looking to avoid having to buy something on the higher end of the scale.

The Samsung Galaxy A52 5G is available now.