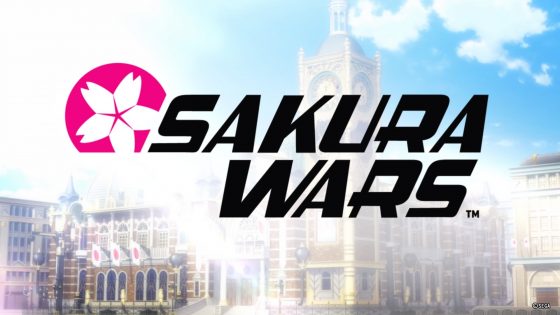 A walk down memory lane for fans, and a wonderful introduction for newcomers.
Sakura Wars | Opening Movie

Who it Caters to 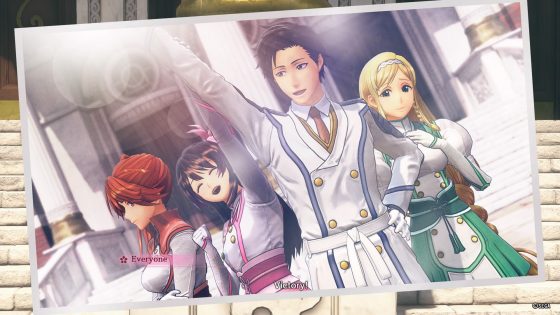 If you grew up in the beautiful 90’s era of gaming, you’ll likely have come across the game Sakura Taisen (Sakura Wars in English) at some point. The dating sim/tactical RPG made its debut on the Sega Saturn back in 1996, which was an ambitious title at the time since it incorporated various genres to create a cross-breed of sorts. It contained visual novel aspects alongside a very robust tactical RPG experience, which eventually led SEGA to create a unique genre known as ‘Dramatic Adventure’. To this day, that genre is still very much exclusive to the series and so fans will likely be familiar, while newcomers will surely find intrigue behind the gameplay. 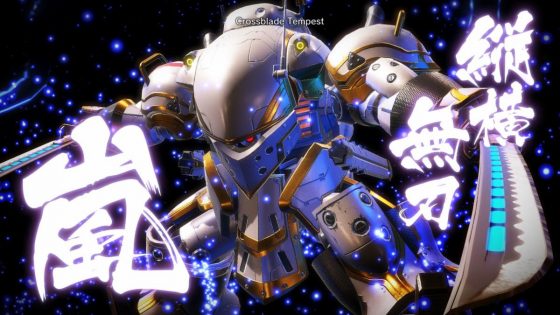 Due to the unique aspects behind Sakura Wars and its gameplay, there’s a lot to discover and learn as you progress through the story. One of the more prominent features of the new Sakura Wars is known as the LIPS System, which sort of acts as an element you’d find in a visual novel, where your choices influence the relationships you have with characters around you. Since the dating sim mechanics are still very much in place, a lot of the time you’re engaging in an action-packed experience, while also trying to flirt your way into the heart of your favorite girl. This creates a very distinguished balance that adds a variety of decision paths for you to explore, which can eventually aid you in battle down the road. Speaking of battles, the new Sakura Wars has taken a fresh new direction regarding its gameplay, moving away from its more traditional tactical approach, and now incorporating a more action-RPG type of feel for the new generation. This helps to encourage a much more faster and exciting experience compared to the more slow-paced and methodical ways of the classic Saturn and Dreamcast titles.
[ad_top2 class="mt40 mb40"]

[youtube https://www.youtube.com/watch?v=8Hcym_lCsz0&w=560&h=315]
Sakura Wars takes place in the historical Taishō period of Japan (1923-1940), and combines steam-punk elements with real-life locations to create a unique experience. The story’s premise focuses on the conflict between the demonic forces which originate from the darkness in the human heart. The Tokyo government then dispatched steam-punk mecha suits known as ‘Koubu’ in order to halt the manifestation of this powerful entity, due to the suits containing powerful spirit energy. Sakura alongside her comrades must fight together to protect Tokyo before the darkness engulfs the nation. 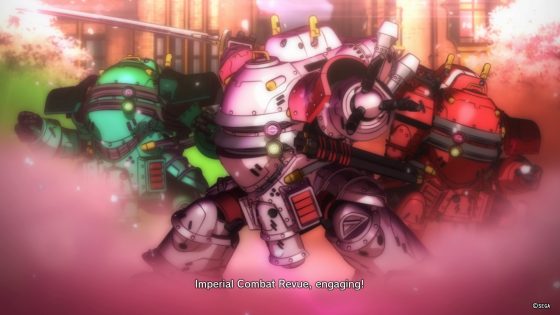 Sakura Wars on the PlayStation 4 is the best the game has ever looked. Sure, the Dreamcast version still looks super good to this day, but it’s very clear that the SEGA team made sure to give Sakura Wars the makeover that it surely deserved. The world environment is vibrant and full of life, which does an excellent job of recreating Taishō period Tokyo with great detail, in combination with the more sophisticated steam-punk technology. Character models look as sharp as ever with smooth animations, and facial expressions when engaged in dialogue. Special effects during battle add more dynamic to the gameplay, but don’t go overboard to the point of causing frame delays which is good. 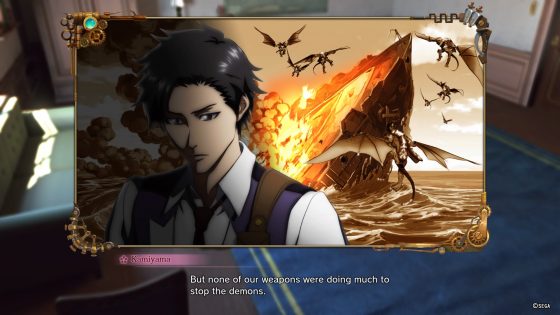 While this area is good there are still a lot of things that can be improved upon, especially the lack of voicing in a lot of areas. Sakura Wars is a fun action-oriented experience that incorporates a lot of dialogue, due to its LIPS System. However, many times throughout the game you’ll encounter moments where the voicing just stops abruptly during a cutscene, then continues again later in a less important scene. This inconsistency creates a lot of awkward moments since the characters will still move their mouths, but resort to silent dialogue instead. We say this is an inconvenience because the game revolves around building emotional bonds with characters, and being able to distinguish whether or not someone is truly interested in us can be difficult if you can’t hear their voice. We would’ve liked if the voicing in the game were much more frequent, and also adding more variety to the soundtrack would help too.

So we’ve spoken about the LIPS System quite often in this review, and for good reason as it makes up for a lot of the exciting gameplay within Sakura Wars. As you progress through the game you’ll likely start to build some sort of emotional bond towards one or more of the female members of the Imperial Assault Force, which can be of great benefit down the road. Like any dating sim experience, the rewards will always be waiting for you towards the end of the game but in Sakura Wars it likes to throw a lot of moments at you in order to keep you enticed. The stronger the bond is with one of the members the more benefits you’ll receive during battle, such as additional support or buffs to attacks. So it’s not just about flirting your way to love victory (which is a win in of itself), but a way to claiming victory against the more stronger enemies you’ll encounter throughout the game. 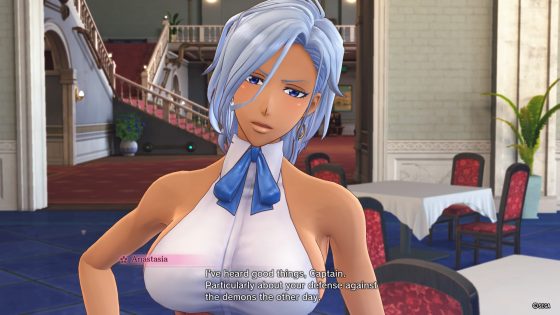 Speaking of enemies, we would’ve liked if they actually gave a damn and gave us a challenge. It sort of just felt like the enemies just weren’t as passionate about fighting as we were, oftentimes repeating very predictable patterns that made things feel relatively easy. This action-RPG oriented element is something quite new to the series and we can understand the new direction being taken, as what was enjoyed in the late 90’s - early 2000s is not what a lot of people will enjoy today. However, adding more depth to the gameplay would’ve made things a little more enticing, and not feel like you’re playing another Dynasty Warriors clone. The RPG experience alone is likely going to keep you immersed for a good period of time, along with wanting to see every ending regarding your relationships with each girl, so the replay value is certainly there. 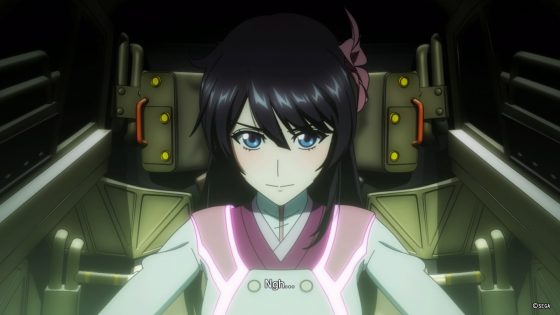 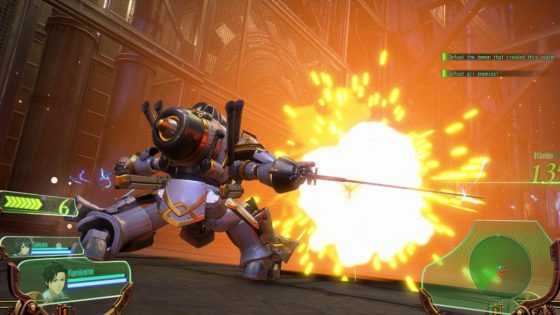 So while the dating sim and visual novel aspects do recreate the nostalgia of the original titles, the action-oriented approach at times just felt more like a hack-and-slash than the quintessential tactical RPG experience we grew up enjoying. Perhaps if both elements were incorporated more then things wouldn’t be too bad, but then tying in the less than impressive AI also makes it lose points too. The voicing, when done well, is incredible and adds more depth to both the characters and story, but when things go silent it really does rob you of that emotional bond. We will say though, that the anime version of Sakura Wars is fantastic and so if you’re looking to take a break from the game and understand the story a bit better, we highly recommend watching the anime!

So in the end, Sakura Wars comes with its exciting moments but much of it gets tarnished with the earlier mentioned issues. The game is linear which isn’t a bad thing but more variety and challenge would’ve certainly provided more incentive to dive deeper, and discover more intriguing aspects about the game. Nevertheless, we’re sure fans will still enjoy the game and love every moment with their favorite female member. For newcomers, we can only hope they look past the flaws and just enjoy the ride as it happens. Until next time!
[author author_id="036" author="" translator_id=""] [ad_bottom class="mt40"]