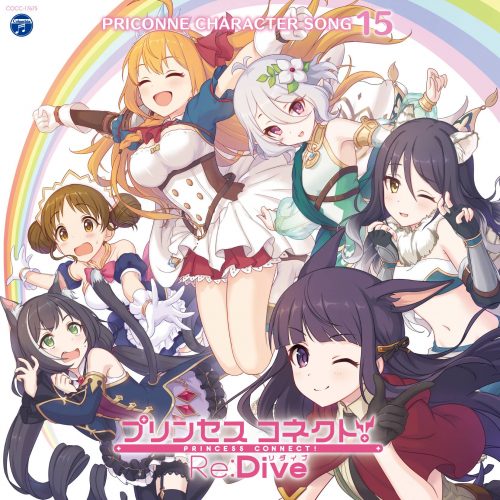 Princess Connect Re:Dive is the TV anime adaptation of the Princess Connect mobile games distributed by Cygames. In this series, a man with no memories but his own name falls from the sky into the land of Astraea. When Yuuki comes to, he is attended to by an elf named Kokkoro, who has named herself his guide in the world. Kokkoro believes that he is a hero of lore and takes care of the vulnerable Yuuki in this world of monsters. The duo head over to a guild association in search of a quest so they can make some money on their journey and meet Pecorine, a happy-go-lucky but incredibly powerful young woman. The three soon meet Karyl, a cat-girl who has magic powers, and decide to create a guild of their own.

The main character, Yuuki, is without any memories for the majority of the series and is also impaired by his lack of memory, meaning that he has to relearn things that could even be considered common sense. To that end, Yuuki is created as a wholesome halfwit followed by an immense prophecy. This is important to the series because it coincides with Pecorine’s own experience of being forgotten by her own family and royal subjects. The amnesia trope also comes in as an introduction to the aspect concerning personal identity. Despite his amnesia, Yuuki remembered his own name; however, everyone’s amnesia led Pecorine to changing her own and assuming a “new” identity, albeit because she had no other choice. The contrast between these main characters is also an interesting one because it is the dichotomy between innocence and experience, novice and master; giving Princess Connect a huge amount of subtext stemming from the amnesia concept. 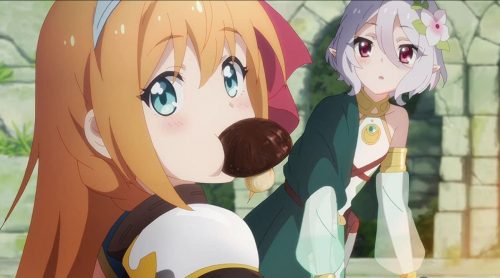 Princess Connect Re:Dive is an anime that is quite focused on food. While it doesn’t watch in the same way that something like Toriko or Shokugeki no Souma (Food Wars!) would, Princess Connect still incorporates the “foodie adventure” element with the social and interpersonal side of things. This is important to note because it gives Princess Connect a uniqueness in that the food aspect is cooked into the fantasy action-adventure and this creates an interesting balance with the comedy that gives the show its personality.

Princess Connect brings with it a fantasy setting akin to the various fantasy and isekai fantasy titles that we’ve seen in the past. An interesting element is how this series also mirrors the isekai fantasy formula for comedy. While the series does not open by overtly exploring the world as an alternate for the characters who inhabit it, to some extent, the series watches like a fantasy isekai following much of what could be considered formulaic of the modern isekai. This worked for the series (for the most part); however, some aspects of the lore could have been explored better in a slightly more serious kind of action-adventure. The problem with appealing to contemporary ideas of what should go into fantasy shows of this nature is that they forgo much of the interesting plot, character development and world-building to focus more on being bright and funny watching experiences. Princess Connect isn’t all fun and games, which is why it is a bit disappointing to have the aforementioned plot and world-building left to short snippets loosely sprinkled throughout the show or the last couple of episodes. 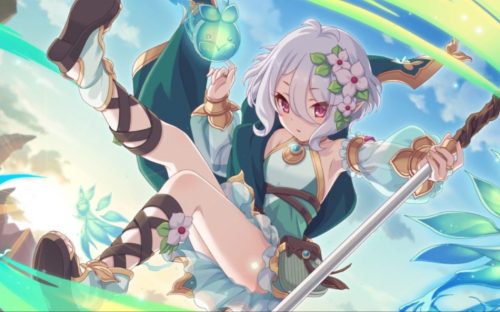 Princess Connect Re:Dive is quite good when it comes to the visuals and the character designs can be quite interesting given the fantasy nature of the series. The visuals are perhaps one of the most notable aspects of the show. The show uses this aspect very well especially in combat, where the flashiness of magic-based combat meets interesting yet brief fight choreography. Some of the most interesting character designs include that of Kokkoro, as well as cow-themed minor character Mahiru. The show’s bright colour palette is perhaps a nod at the fantasy elements at play throughout the series and lends itself towards the overall feel of the show. The CGI parts of the show; however, can feel a bit clunky and out of place and they take away from the otherwise gorgeous look Princess Connect has.

Princess Connect Re:Dive has a somewhat laid-back quality to it, so the show mostly feels like a fantasy slice of life series and a testament to that is the fact that the anime features conflict and battle, as well as some heavy lore binding the characters of Pecorine and Karyl, giving it a slight edge; however, the general experience of the show is rather light and easy, even cute at times. The expectation that the show will grow into some of the interesting concepts it brings up at times can leave you wanting more; however. As mentioned earlier in “Themes”, Princess Connect lends itself to the type of comedy we’ve to expect of fantasy/isekai fantasy and this does work fairly well for the show in that regard; however, the show does have parts that needed a more serious tone to really reflect their relevance to the series. It almost feels like the very reason why Pecorine and Yuuki are even in their current positions is unimportant to the series save for a few snippets in the buildup to the last two or three episodes and those last few episodes themselves. 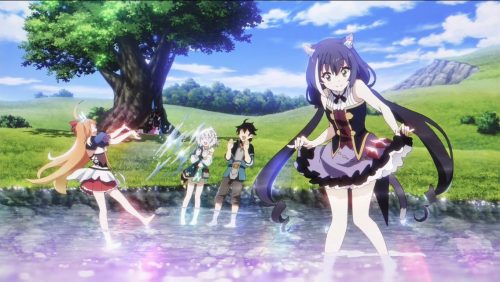 Our main hero—aptly named “Courage”—Yuuki starts Princess Connect as an amnesiac who fell from the sky. Having no memories apart from his own name, Yuuki is initially found by Kokkoro, an elf who believes that Yuuki is the fulfilment of a certain heroic prophecy. Kokkoro decides to act as Yuuki’s guide. Throughout the series, Yuuki’s more… limited abilities made him the butt of many jokes; however, the series fulfils Yuuki’s prophecy and gives him a stellar contribution in the final battle against the forces of evil. Yuuki goes from barely being able to speak to fully owning his hero status saying “I will protect my friends!” and even ends up doing ridiculously difficult and dangerous quests by himself. Despite the amnesia, Yuuki is still reportedly the same person he was prior to losing his memories; however, we only get to find this out via word of mouth from Rino and Shizuru, Yuuki’s alleged sisters. As a protagonist; however, Yuuki is actually fairly standard, especially in his enigmatic or even dark past, his honest straight-forwardness and his desire to protect his friends, making him more likeable as the series progresses.

Pecorine is a happy-go-lucky character whose happiness seems directly proportional to her large appetite; however, we later come to realise that she is the Princess of Landssol, Eustiana von Astraea. Despite her royal lineage, Pecorine interacts with the other characters without an air of contempt or condescension, which allows her to make friends out of the other main characters and the supporting cast. She is one of the most likable characters in the series. Despite her happy-go-lucky nature, Pecorine is plagued by nightmares concerning the amnesia experienced by the citizens of Landssol when it comes to her. We also see how this weighs on her whenever citizens speak about “Princess Eustiana”. All things considered, Pecorine fits well into the protagonist role while Yuuki grows into it, creating yet another interesting contrast between the two characters; however, the series could have done more to explore Pecorine’s past prior to the last few episodes. 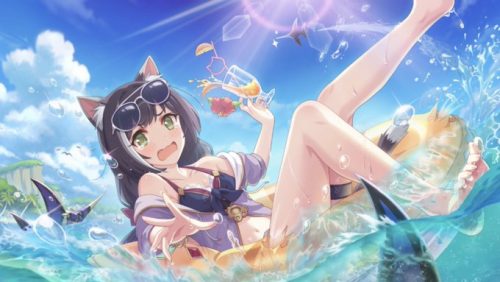 Princess Connect Re:Dive is a decent watch if you wish to pass the time with an anime that is nice to look at and not too difficult to follow. However, the show does not do much else in terms of its characters or the lore; meaning that the sheer beauty of it all exists only to give the impression of a well-constructed world. The comedic approach to the series works well for it; however, it comes across as rather unserious and as a result, we see the story progress but not in any way that is coherent or connects to some of the major elements, like Yuuki’s amnesia. Characters in Princess Connect go only as far as their base characteristics and given the show’s 13 episode run, it was never quite the arena for a display of immense character development or storylines. The characters are still fairly likable and if you watch the show not expecting to be blown away but fairly entertained, Princess Connect can surprise you and give a somewhat pleasant experience. The anime gives short snippets of the antagonist throughout but we barely get to see them until the end. The ending was eventful but somewhat anticlimactic because there seemed to be no real resolution to some of the plotlines in the series, which could be expected considering Princess Connect Re:Dive is somewhat episodic in that each episode presents a new adventure. Overall, your life won’t change after watching Princess Connect Re:Dive, and most might not enjoy it for that reason, but many will dive right in and feel at home in Landssol! What did you think about the Princess Connect Re:Dive? Drop a comment below and tell us what you think!