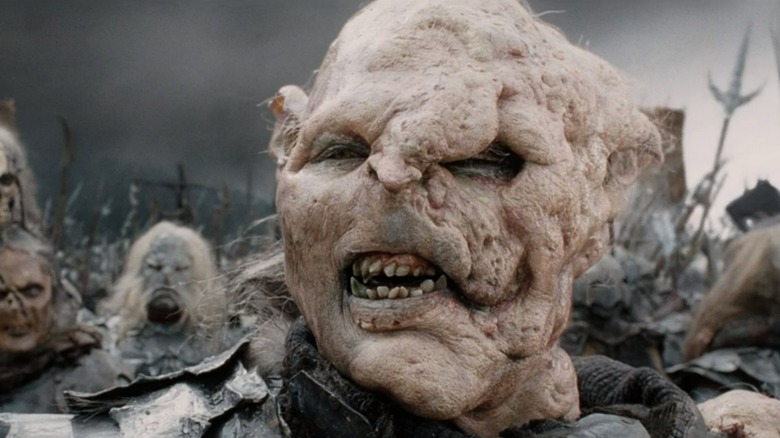 The "Lord of the Rings" trilogy came to an epic conclusion in December of 2003 but, as any worthy cinematic artifact will do, we're still learning about new and fascinating (and hilarious) tidbits about the production of the legendary movies to this day. This latest one comes courtesy of the Hobbits themselves, all of whom have kept in touch in the years since and have taken turns reconnecting in-person for Dominic Monaghan and Billy Boyd's "The Friendship Onion" podcast series. One of the many amusing anecdotes relayed in their time together had to do with a certain Orc mask and its uncanny resemblance to a real-life villain who, among his many more serious sins, almost ruined "The Lord of the Rings" on multiple occasions before it could even get off the ground. 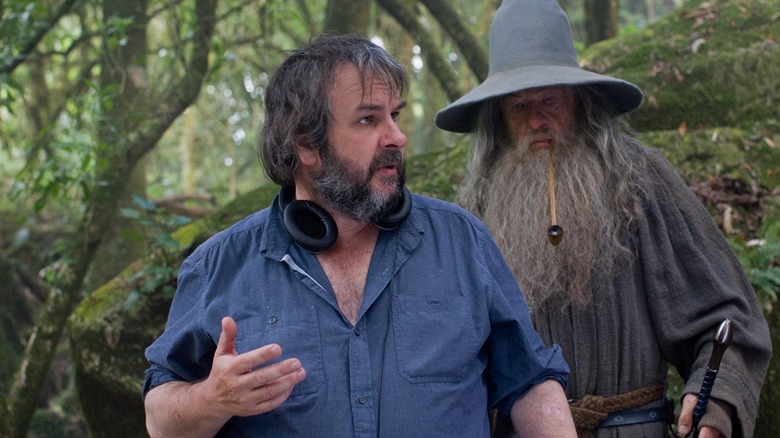 Now this is the kind of pettiness I can get behind. Somewhere in the "Lord of the Rings" trilogy, there's apparently an Orc whose face bears a very close resemblance to the ugly mug of the convicted sex offender, former film producer, and notoriously self-sabotaging monster Harvey Weinstein. That incredible factoid comes courtesy of THR, reporting actor Elijah Wood's anecdote from the Armchair Expert podcast and who, in turn, first heard it on Monaghan and Boyd's "Friendship Onion" podcast with special guest star, Sean Astin. That's right, folks: Frodo, Merry, Pippin, and Sam all teamed up to bring this vital information to the public and we owe them all a debt of gratitude.

The story of Weinstein's particular interference with director Peter Jackson and his "Lord of the Rings" passion project is the stuff of legends, as Weinstein happened to be the rights-holder to any filmed adaptation of author J.R.R. Tolkien's beloved novels. Much has been written about Weinstein's difficulty and intentional tampering to ensure that making "The Lord of the Rings" would be as painful and torturous as humanely possible when the feud between Weinstein and Jackson came to a head. At a momentous creative crossroad, Jackson was finally allowed to shop "The Lord of the Rings" around to other studios at the last possible minute ... but only under an absurdly compressed timeline of two weeks and with the caveat that all three movies be produced simultaneously. Jackson, who was eventually successful in taking the suddenly at-risk production to New Line Cinema instead of Miramax, clearly didn't appreciate these strong-arm tactics that set himself up to fail. As Wood tells it, Jackson and his team didn't take this sitting down:

"It's funny, this was recently spoken about because Dom [Monaghan] and Bill [Boyd] have a podcast, The Friendship Onion. They were talking to Sean Astin about his first memory of getting to New Zealand. He had seen these Orc masks. And one of the Orc masks — and I remember this vividly — was designed to look like Harvey Weinstein as a sort of a f*** you." 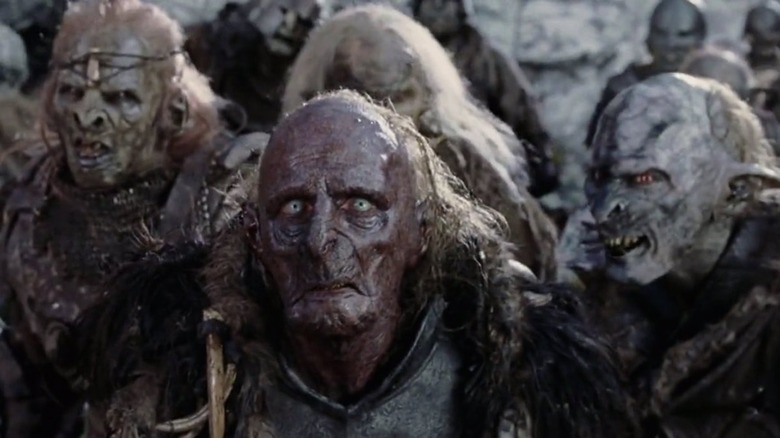 You know what this means, folks: let the search begin! The odds of actually finding this one particular Orc out of the countless variations designed for the entire trilogy of movies is infinitesimal, of course, especially when you factor in that Wood could have been referring to any number of the different species of Tolkien's infamous villains -- Goblins from Moria, the wizard Saruman's fearsome Uruk-hai, etc. But that doesn't mean I won't be spending every second of my eventual "The Lord of the Rings" re-watch peering at every Orc in the hopes of finding this one specific call-out to the biggest bad guy to ever be associated with Middle-earth.

This likely isn't the right answer but for my money, Gothmog (pictured in the very first image at the top of this article) is the one prominent Orc throughout the entire trilogy who most resembles Weinstein ... who I won't be providing an image of here, thank you very much. Those bulbous features, the misshapen eyes, and his role in "The Return of the King" as a leader who fails to see (or chooses not to see) the tide turning against him until it's far too late? Yeah, that's Weinstein to me.

Read this next: Single-Season '80s Sci-Fi And Fantasy Shows That Deserve A Second Shot

The post One Lord of the Rings Orc Was Designed to Resemble Harvey Weinstein appeared first on /Film.