So you just watched the new Matrix Resurrections trailer and you're wondering where Laurence Fishburne character Morpheus is. I've got bad news for you: Canonically, he's been dead since the mid 2000s.

As part of an ambitious plan to continue The Matrix franchise after the films, the Wachowskis gave their blessing to a massively multiplayer online game based on the franchise, which launched in 2005. Victim of an overcrowded MMO market, The Matrix Online was canceled only four years later in 2009, and had less than 500 active players by that point. That this game is little known and now impossible to play does not also stop the following from being true: Technically, everything that occurred in that game is canon. The Matrix’s fan wiki considers The Matrix Online canon, and the Wachowskis were heavily involved in the creation of some of the Matrix games. They even appeared in The Matrix: Path of Neo.

According to The Matrix's fan wiki, Morpheus's death was part of an in-game event where the character was, as always, up to some esoteric scheme. In the game, Morpheus was setting bombs that would reveal the matrix code to civilians at the cost of killing anyone who had already left the matrix who was caught in the blast. After six days of the character being pursued by every faction in the game, he was assassinated in an alleyway by a former garbage processing program that had turned into an evil bug man.

You can quibble about whether or not these things actually occurred in the events of The Matrix's film franchise. This game, and other Matrix video game adaptations have now all faded from memory, and it would be unrealistic to expect audiences to read the lore for this game to understand a sequel to one of the most famous movies of all time. Still, staying true to this would be a cute nod to the metatextual fabric of the franchise's past.

Although Laurence Fishburne is nowhere to be seen in the new trailer for Resurrections, there is a character who is pretty Morpheus-esque in his place. Yahya Adbull-Mateen, an actor who is now making a habit of playing updated versions of classic characters after his appearances in the Watchmen show and the Candyman remake, plays a man who has been looking for Neo and knows the truth about the matrix. This is more or less identical to Morpheus's motivations in the first movie. He even has those same sunglasses without the temples. 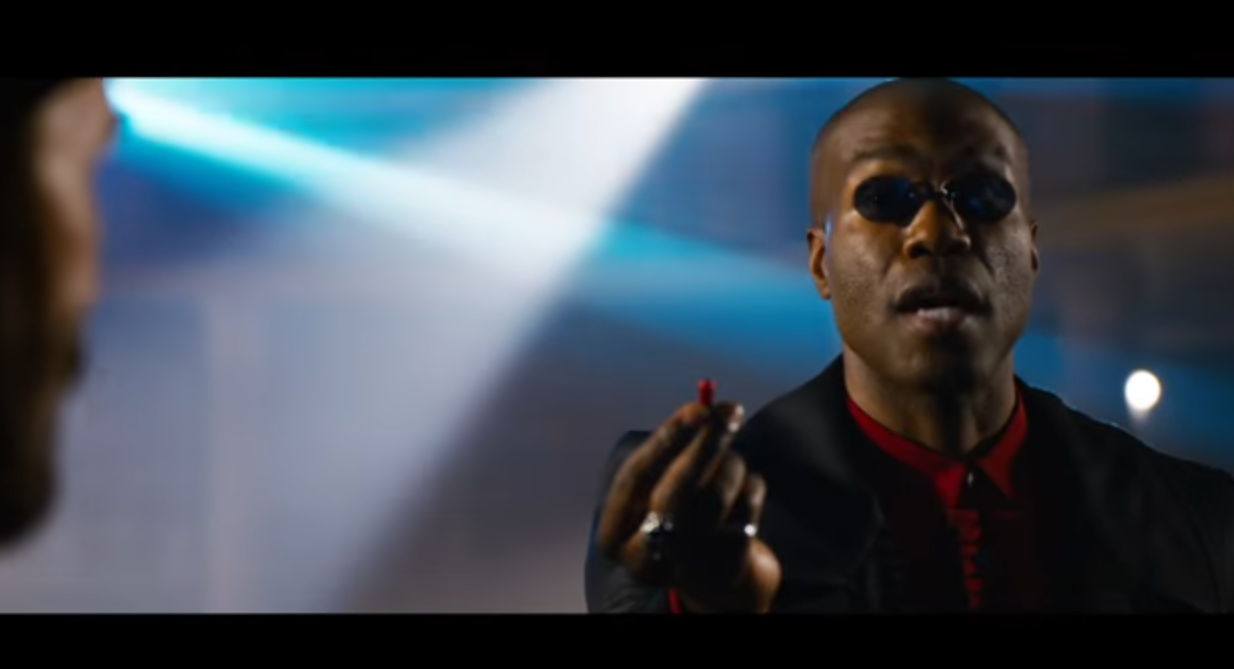 The broad strokes of this game seem in line with the plot as it is set up in the trailer for Matrix Resurrections as well. In The Matrix Online, Morpheus's search for Neo's body was the initial plotline of the game, as the machines apparently never returned it from machine city.

In the trailer, Neo doesn't seem to know why he's still in the matrix, and Abdull-Mateen's character seems to have searched for him for quite a long time. Not knowing whether or not The Matrix Online was "real" feels like part of the point. Who even knows what's real anymore?