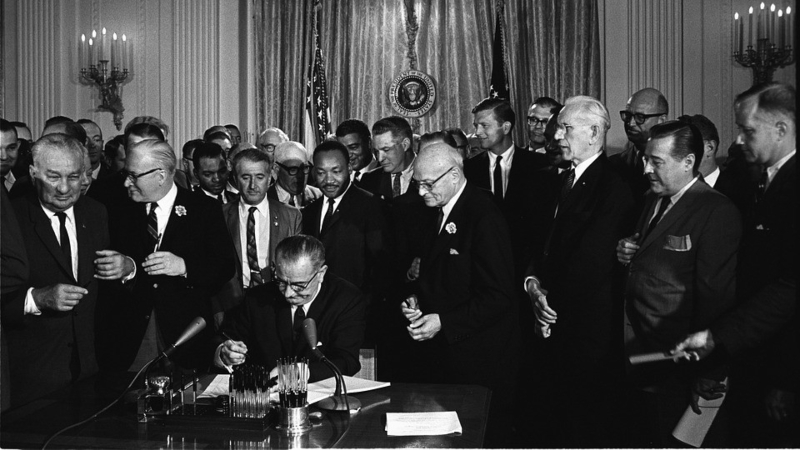 Some hate speech is hateless.

When you unpack these things, they reduce to status of birth as opposed to status assumed later in life, because status of birth is more likely to muster the power to achieve “legal” protection. Legislators, and people generally, identify more easily with persons persecuted for their status at birth.

Persons who step outside their gender as predicted by their birth sex are more likely to be tagged as fair game because the status they have adopted is seen to be a choice. I suppose they want, in the immortal words of The Rolling Stones, to get their “fair share of abuse.”

“Legal” is in scare quotes because I am convinced that laws purporting to criminalize hate speech are unconstitutional and so are not laws at all. Rather, they are temporary harassment tools that enable harassment to what we take to be noble ends.

When a protective law says “sex,” what it means is cisgender. A category in need of protection — while not at all obvious — is women who are cisgender — that is, they have adopted the gender rules of the sex listed on their birth certificate. There are men of the age when — if we males are truthful — we remember hormonal urges making us less than rational at times who call themselves “incels.” That is a portmanteau of “involuntary” and “celibate” coined by young men unable to get laid who have responded to that predicament by (in the more benign sense of personal opinion) hating women or (in the sense shocking and hard to understand) killing them.

Normal young men, if they have trouble getting laid, deal with the problem by changing their behavior toward women or taking other steps to make themselves more desirable partners. I suppose the hypocrisy of the incels is in the eye of the beholder, but what I behold is guys who think a lot of themselves, so much they apparently think women should face a death penalty for failing to appreciate incel specialness.

Hypocrisy grows in fertile soil in post-truth America. When a Republican Congressman shouted, “You lie!” at President Obama’s address to a joint session of Congress on health care, most people just thought he was rude. I was reminded of the motto reporters privately attribute to the Texas Legislature,

The motto represents rank hypocrisy. The Legislature meets once every two years, when the street price of cocaine and the services of professional ladies go up, demand suddenly overtaking supply. Or so it used to be — I guess it’s possible they all got born again when I was teaching in Indiana.

When the heckle came at Obama he was saying that health care reform would not allow undocumented workers to buy into national health insurance, should the United States ever get national health insurance like every other industrial democracy already has. It’s not possible to say that Obama was lying or that he wasn’t, since there were five bills pending at the time, if memory serves. The one immediately before the House excluded undocumented workers, but Obama was not talking about that or any other bill. He was talking about what he was willing to sign, and he could lie or not until he signed something that did or did not include undocumented workers.

The hypocrisy behind the rudeness is that my Republican friends tell me that they understand hardheaded economics and I don’t. They say that I want to take money from productive citizens and use it to improve the lives of freeloaders: the unemployed, the elderly, the sick. They say if I want to be charitable I should do it with my own money and let them run government like a business, with an eye to the bottom line. Taking care of each other is for churches, not governments.

Health insurance is a not a welfare program. If you wondered how it is possible to cover thirty million more people and still lower costs, the answer is the iron law of insurance: the broader the pool, the lower the cost to each member of the pool. Insurance is a risk-spreading device and more spreading means less expense.

Assuming that every Republican is focused on the bottom line, there would be every reason to cover undocumented workers, not because they do it in Europe but because it would make health care cheaper for us all.

The first line of hypocrisy is that covering undocumented workers would be a good thing for the bottom line of the taxpayers and the second is that the coverage is impossible anyway. There is no way Obama could have been lying in terms of the final bill unless everything changed.

So why would the Republican congressman falsely call the President a liar? It seems preposterous to think he really believed what he was saying, but he would have to be blind to miss the political profit to be turned by pandering to the voters who hate. There used to be a lot more public employment for people adept at that pander, but when a black man got elected POTUS it was like turning on a light in a roomful of cockroaches.

Thanks largely to the compromise with the evil of slavery at the drafting of the Constitution, racists and the people who love them represented a xenophobic current in American politics. Another xenophobic current started with the ugly things early settlers said about Indians, continued though the removals to Indian Territory, and only went more or less underground after the slaughter of non-combatants was caught on film at the horror we call Wounded Knee I in 1890. But did the people who spent time with Indians really believe the nonsense about “merciless Indian Savages” set out in the Declaration of Independence?

All the most successful Indian fighters fought beside Indian scouts, often but not always from tribes with historical grievances against the immediate enemy. Crow scouted against Lakota and Tonkawa scouted against Comanche, but Apache also scouted against Apache. My point here is not to criticize Indians for settling scores but to criticize white people for lying about the people beside whom they worked.

The congressional heckler of President Obama, Joe Wilson, was representing the great state of South Carolina, where hate and hypocrisy have historically been an art form. It was South Carolina Governor and then Senator Strom Thurmond who made a career as a segregationist while carrying on an affair with a black woman who bore his daughter. More recently, it was South Carolina Governor and “family values” advocate Mark Sanford who made the phrase “hiking on the Appalachian Trail” an odd synonym for getting horizontal with your girlfriend.

What strikes me is that much of the hate speech directed towards Indians, African-Americans, Mexican-Americans and gay people is uttered by those who know better. That they don’t really believe such nonsense often jumps out in their life histories.

In my generation, the late George C. Wallace was a veritable avatar of racism, proclaiming after an early political loss,

I will never be out-niggered again!

But in his last term as Alabama governor, he not only had recanted his segregationist views, but he went on to set a record for the number of blacks appointed to state office.

There is a major strain of politics in Indian Country that is all about Indians as a threat to “equality” for white people, Indians as holders of “special privileges.” The major fear points are trust land being off state tax rolls and white people who live on Indian land being subjected to tribal laws.

The dittoheads in this controversy have never considered that when they are citizens of New Mexico driving on a Texas highway, they are subject to the laws of Texas, a “foreign” sovereign. Every time you drive on the land of a pueblo in New Mexico there is a big sign informing you that you are entering the sovereignty of that pueblo. The political leaders who whip up outrage over Indian sovereignty, on the other hand, know this, and they know that the only possible objection to being subject to tribal laws is racism. Because there is never a peep about being subject to the laws of other states.

Indian land is indeed off of state tax rolls. So is federal land. Which one gets the most public complaint and why?

Much if not most political hate speech, I am convinced, is uttered for political advantage by people who really do not hate the people they are using to arouse a following among voters for whom they have no respect at all. For those of us subjected to the hate speech, knowing it is uttered by knaves to influence fools is cold comfort.

The True Love Story That Saved One Man from His Demons
December 06, 2022

How We Could Discover Alien Life
December 05, 2022