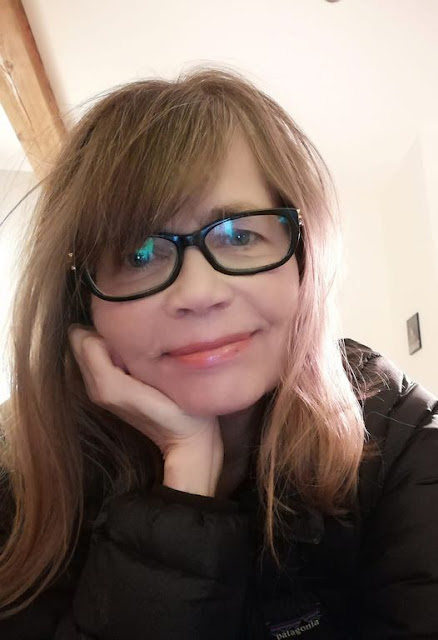 I was given the opportunity to read and review Anna’s latest novel – April on Paris Street. I’m glad I did. It is a compelling and entertaining story. Read my review HERE.

When I visited Anna’s eye-catching web site - Anna - I discovered it is full of fun facts about her and great reviews for her writing and lots of positive comments from her fans.

It is an absolute delight to have such an accomplished author as our guest this week. She has kindly agreed to a Branching Out Interview and an excerpt from April on Paris Street.

Allan: Thank you for taking the time to be our guest, Anna. Before we discuss your novels and writing, can you please share some personal details with our readers? Where you reside, family & friends or pets.

Anna: Hi Allan!  Just as Ashley Smeeton must travel to the mysterious east end of Montreal, there to make all manner of discoveries, I’ve chosen to live a fully francophone life in east end Montreal.  I share a 115-year-old renovated coach house on one of the city’s picturesque green lanes with my part-time editor and full-time cat, Charlie. 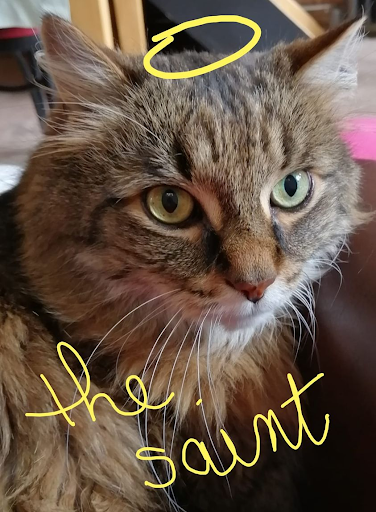 Allan: Your website has a neat review – A Lush, Gripping and Satisfying read. – Iona Whishaw. It doesn’t get much better than that. Tell our readers what to expect when they pick up their copy of April on Paris Street. 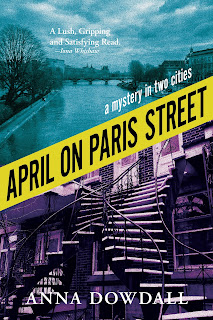 Anna: I wanted April on Paris Streetto be a suspenseful detective story, first of all, with a relatable PI, but it’s also a mystery that operates on other levels.  It’s a sometimes humorous Thelma and Louise “romp,” a sensory experience involving two cities I love, a narrative that invites the reader to contemplate sturdily alternate forms of family, and a revenge fable.  But wait, there’s more.  It’s a compendium of every form of doubling, fracturing, splitting and replication I was able to think of, suitably encompassed within labyrinthine twin cities.  This dédoublement is intended to be decorative, and also intersects with the themes of social fractures, social disguise and competing truths.  In a playful but slightly uneasy way, it invites the reader to consider Mirabel’s question, the snowy night when Mireille shows up at their door:  how many Miras (or Belles) would in fact be too many?

Allan: When was the defining moment you decided to write stories and seek to be a published author?

Anna: When my mother read me all of Andrew Lang’s fairy tales.  The Pink Fairy Book, unless it was The Violet Fairy Book, was like a two by four on the side of my little head.

Allan: The Au Pair is your second novel but the first in which we meet your MC Ashley Smeeton as an adult and a private investigator. It has garnered many positive reviews. What can our readers expect? 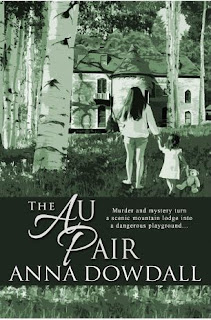 Anna: The Au Pair was my effort to write a Canadian “classic mystery,” with a mixture of cozy and noir elements and strong female characters.  It has my signature obsession with setting and atmosphere.  The reader will find in it elements of the Gothic, but without the claustrophobia and fainting heroines.  Gothic conventions are subsumed into a parable of a dysfunctional family’s multi-generational suffering, but the book offers a sense of resolution.  All three of my books, in fact, bring the reader to the sunny side of the street.  Female victimhood is a chimera, a misdirection of the mystery plot:  the resolution reveals underestimated and misunderstood women playing a long game.

Allan: Where did the inspiration come from for your series and your MC?

Anna: My first book, After the Winter,is vintage-flavoured romantic suspense with that subtle feminist twist I like.  It’s a tribute to a midcentury genre not much read anymore but with some fabulous neglected books.  The Au Pair, with its Laurentian version of an English country house filled with privileged people, probably owes quite a bit to what is called Golden Age fiction, e.g., Agatha Christie.  April on Paris Streethas those influences, but also others:  in my piling on of meaning around the doubles, there’s a playful invocation of high literature, everything from A Tale of Two Cities to Two Solitudes. 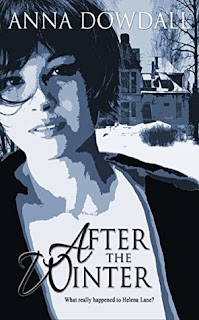 Ashley has been dear to my heart, as she evolves throughout.  She is a pigtailed nine-year-old in After the Winter, a secondary character who somehow insinuates her way into the protagonist role in books 2 and 3.  For my PI I wanted a working class heroine, a young woman of the people, quintessentially Canadian in her multiple identities, and with an oddness about her that sets her apart.  My background is neither middle class nor unicultural, and I’m sure there is something of me in her.

Anna: One summer I wrote a “book” on some waste paper my dad brought home from the paper mill where he worked.  The heroines were called Gwendolyn and Marigold.  They had eyes like twin sapphire pools and, like Thelma and Louise, they were preoccupied with breaking free.  Their exotic adventures came to an abrupt conclusion when I went back to school in September. 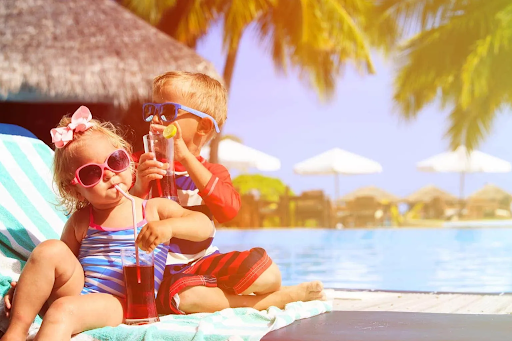 Allan: From reading your bio - Bio – Anna Dowdall - you’ve lived an interesting life (even as a Maritimer while teaching at Dalhousie University) and have returned to Montreal to write full time. How much of your past adventures find their way into your stories? How many of Anna’s personality is evidenced in your characters?

Anna: I am in all of my characters, I swear!  Even, really, the awful ones.  As for the first part of your question—yes, adventure is the key word.  Why shouldn’t women have adventures?  Unlike Ashley, however, I’ve avoided tripping over dead bodies—or so I will maintain.

Living in and travelling to different parts of this beautiful country of ours should be more common.  It’s been my privilege to visit many different parts of Canada.  I’ll never forget driving across the country, from Halifax to the Yukon.  Among many captivating places, for some reason the Qu’Appelle River Valley and the Saint John River Valley stick in my mind. 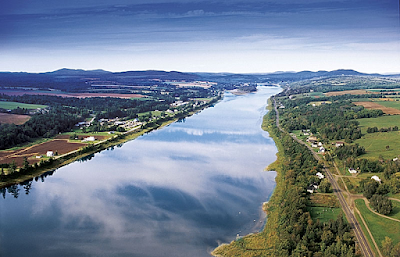 In New Brunswick, we were driving along some narrow road at dusk and began to follow this river.  I wasn’t sure where we were, and then I saw the sign, St. John River.  It had been pouring all day but now there was a yellow light in the west, lighting up the surface of the water.  It was one of those moments in time.  I’ll save emoting about the Qu’Appelle Valley for another Q&A.  I grew up on the shores of the mighty Saint Lawrence and clearly, I have a thing for rivers. 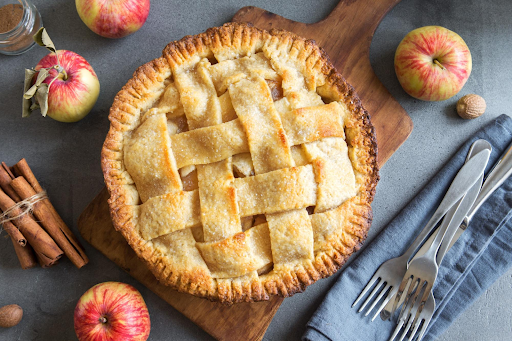 Anna:  Your questions are an ingenious mix of friendly and probing.  I think I’ve said more than enough. 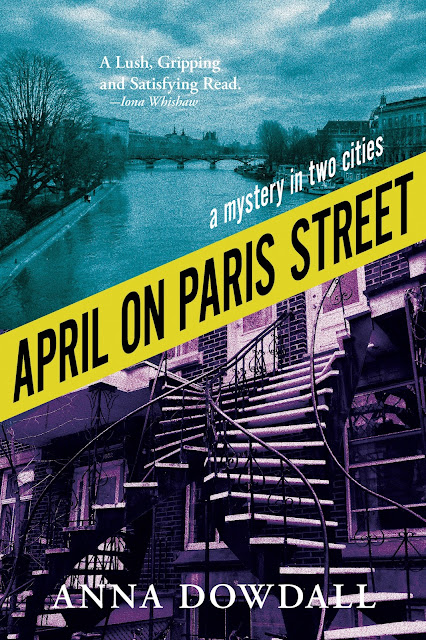 An Excerpt from April on Paris Street.

(Copyright is held by the author. Used with permission)

…This experience set Ashley to walking again. Without thinking about it, she headed in an easterly direction, away from the winter tourists and chi-chi shoppers. Soon she entered another type of district. It had the omnipresent five- and six-storey Second Empire buildings, here interspersed with different ones, of ochre brick with striking dark red accents. She could have been in some European mystery city. There were small unassuming parks and the shops were of the kind the lower middle class everywhere frequented: modest chains, local businesses and neighbourhood restaurants. This must be where the average Parisian lived, if there was such a thing. The streets were narrow but sidewalks were moderately busy, with neatly-dressed women carrying shopping bags, delivery men darting in and out of buildings, the odd lycée student or flâneur. She had no idea where she was.

Under a bright sun, the area might have felt different. But the iron-grey day had robbed the quiet scene of any low-key charm it might have possessed. It was not without its own mood, however. In the thick cold air the edges of things were slightly blurred, and this gave the streets a dreamlike feel. Were they getting near the Seine, she wondered. It looked like mist—but mist on so cold a day? A single large snowflake pirouetted lazily before her eyes.

She had come to a building on the far side of the street, whose Art Deco doors framed in pale green tile were like nothing else in the neighbourhood. A woman was exiting just then, a chic woman in a deep red coat that leapt out against the tile background. As she continued to look, a dreadful coldness seized Ashley’s heart. She recognized the woman: far from les Halles, and looking unlike herself yet unmistakable, Mirabel Saint Cyr was tripping along the sidewalk, her ankle boots making a tap-tapping sound on the pavement. Ashley stared open-mouthed. The street, rue des Capucins, was especially narrow here and she could see Mirabel clearly in every detail. The coat was a belted style, and the collar was up. On her coiffed fair hair, a pale green velvet cap was tilted at an angle. It had a veil that dropped down over the top part of Mirabel’s face —until Ashley realized she was in fact looking at clever Carnaval makeup to resemble a lace veil. Mirabel looked like she’d stepped out of some old movie; but as she stopped with a familiar look of mild annoyance to adjust one two-toned boot, she fairly burned with three-dimensional life.

Ashley was paralyzed. What on earth would Mirabel be doing here? She had just exited this anonymous apartment building. What business could she possibly have in this neighbourhood? But even more disturbing, how could Mirabel even be here? It made no sense. It was in fact impossible. Mirabel had just texted Ashley, saying she and Mireille were at les Halles, staked out in a coffee shop of a bookstore—she even named it, Au Bonheur des Livres—and awaiting Raymond.

“Mirabel!” Ashley yelled as loudly as she could. Across the street, the woman turned—and gave Ashley an empty look. If this was Mirabel Saint Cyr, then it was Mirabel in a trance or a dream. The gaze was that of an indifferent stranger passing over Ashley. She took a step off the sidewalk, and provoked a blare of sound from an oncoming delivery truck. It swept by inches away, amid gesticulations of the driver. And was followed immediately by another truck that hit the brakes with massive inconvenience right in front of her. Ashley could now see nothing.

She ran along the sidewalk, as the truck aggravatingly kept pace, and it was long moments before her view cleared. She was just able to catch sight of the flame-bright coat, the little bobbing hat, disappearing around a corner. Provoking more driver ire, she dodged among cars—how had the traffic become so busy?—and made it to the other sidewalk. She raced to the corner and looked down rue de la Charette, one of those dim alley-like sidestreets, where Mirabel had turned. The air was filled suddenly with snow. In the white blur of tumbling snowflakes, there wasn’t a soul to be seen… 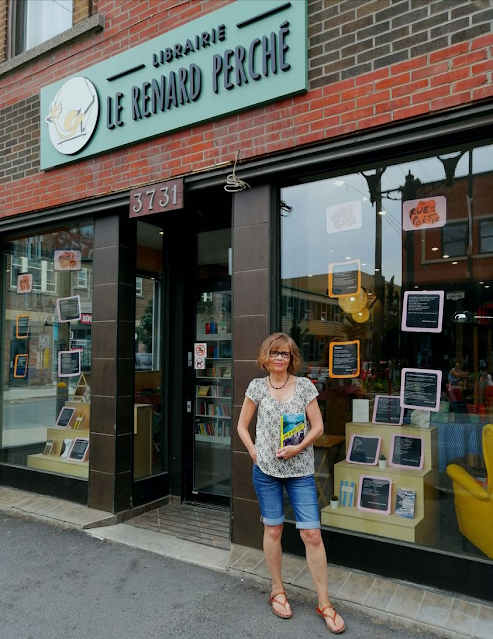 Thank you, Anna, for taking the time to share your thoughts and your amusing answers. And for being our special guest this week. Wishing you continued success with your stories. 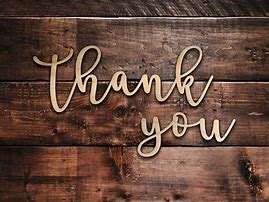 For all you fantastic visitors wanting to discover more about Anna and her writing and where to buy her novels, please follow these links: