The other day as I was cruising Twitter and came upon another hilarious offering from Her Majesty Gail Simone, it struck me that B-list comics villains, especially those with roots in the DC mythos, have enjoyed a renaissance since the advent of The CW’s Arrowverse. Their presence has been particularly notable on The Flash where not only have we been treated to a revival of Mark Hamill’s Trickster and the cerebrally enhanced Gorilla Grodd, but a storyline that made, of all characters, King Shark relevant again.

Alas, the B-list heroes haven’t enjoyed the same sort of treatment. I mean, sure, Ragman got some airtime on Arrow but there are so many kooky, weird, fascinating characters who usually come down on the side of the angels sitting there waiting for their turn to team-up with their more famous friends and/or cause trouble for same. I figured we’d get ahead of the game and introduce you to some of the contenders before the pop up randomly when the Superkid punches a hole in physics. 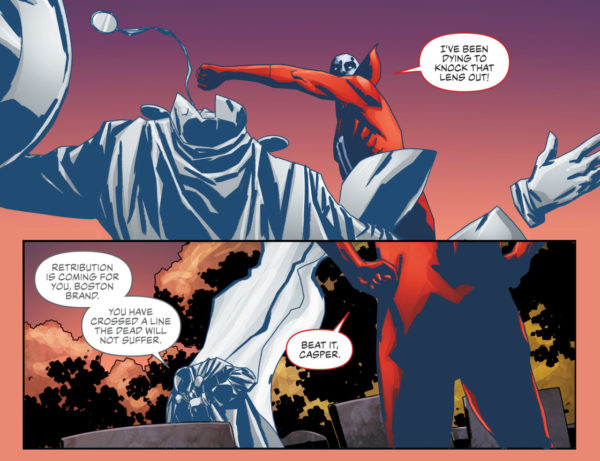 Given name: Boston Brand (his twin brother’s name was Cleveland so let’s talk about who got the better end of that deal)

The Stack Newsletter
Sign up to The Stack to receive Book Riot Comic's best posts, picked for you.
Thank you for signing up! Keep an eye on your inbox.
By signing up you agree to our terms of use

Powers: Well, he’s a ghost so only the rare human can see him, he can pass through solid matter, and he isn’t subject to the laws of physics. He can possess any human or animal for a limited amount of time without the possessed having any memory of the event. He can be controlled by people with magical abilities and individuals with strong enough minds and wills (most often, and much to Boston’s annoyance, Batman), and those who are violently psychotic (e.g. The Joker) can resist being possessed.

While alive, Brand used “Deadman” as a stage name, along with white face paint and a red body suit, to match his trademark death-defying circus stunts. Convenient as he was well prepared for eternity when he was murdered in the middle of a show since, you know, what you’re wearing when you die are your ghost clothes forever (a meme told me that so it must be true). Brand was posthumously granted the power to possess any living being by a Hindu deity (no, I don’t know why it was a Hindu deity specifically) so that he could track down his murderer though he decided early on that he’d help others as he went about his mission.

Deadman eventually found his killer in Gotham (where else besides Blüdhaven would someone go after completing a ritual murder in the quest to become a member of an elite group of assassins), which is where Brand first met and teamed up with Batman. Not long after, Deadman was hypnotized and started body jumping and attacking his new ally. After discovering the responsible party intended to destroy Nanda Parbat (which we all know from Arrow is, despite being in the remote mountains of Tibet, easily accessible from any major metropolitan area) Bats and Deadman headed out on a relatively successful road trip that only involved a little bit of murder on Boston’s part. That jaunt was the beginning of a very annoying and perpetually annoyed partnership.

Batman aside, Deadman has worked primarily with the supernaturally enhanced folx who inhabit the DCU such as, for instance, the Phantom Stranger. He was also commissioned by various gods to attempt to alter the fates of several deceased heroes including Barry Allen (The Flash) and Jason Todd (as Robin).

Brand got his body back during the Blackest Night/Brightest Day storylines and was promoted to White Lantern.

The New 52 reboot resurrected Deadman in an entirely different way; no longer an altruistic ghost or a powerful Guardian, Brand possessed people to set their lives right because, having lived a selfish existence himself, it was the only way to keep his ass out of hellfire. As part of his less than gracious service to mankind, Deadman became a member of Justice League Dark, a supernatural team that operated in the shadows and dealt with threats even the Justice League couldn’t (remember, the only thing on this planet that can take Superman down is magic). Brand definitely plays the snarky asshole in the New 52, though he never quite hit’s Constantine levels of mastery. Except for the time he tries to pick up a past relationship where it eft off by borrowing other bodies as stand-in’s for his own. Even Constantine wouldn’t. Probably. Probably? 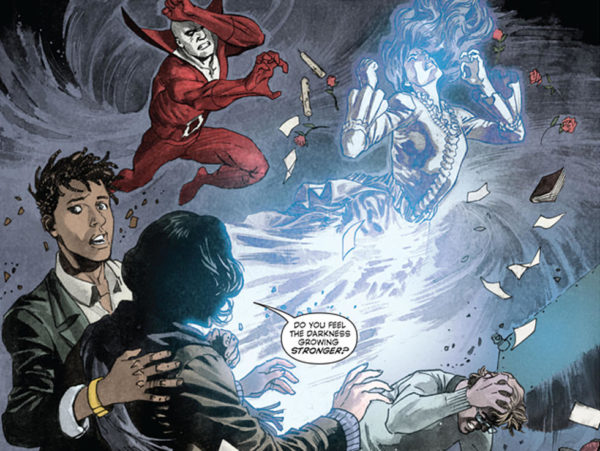 Rebirth gave Deadman his best treatment to date in the three part mini-series: Deadman: Dark Mansion of Forbidden Love by Sarah Vaughn, Lan Medina, and José Villarubia. In it, Brand is drawn to Glencourt Manor and Bernice, one of its residents, who can see through the veil. Strange happenings unite the two in an investigation that may lead to solving the house’s mysteries and those of its other inhabitants or to the unleashing of deadly, dark forces. And beyond being a phenomenal story and a gorgeous book, Dark Mansion features one of the first nonbinary characters to play a major role in a mainstream comic. Post-Rebirth, Deadman also made an appearance in the Justice League Dark animated feature alongside Batman, Zatanna, John Constantine, and a few others from DC’s magical community.

See what you’ve been missing? A ghostly, authority flouting, body-snatching, Batman-irking ex-trapeze artist in a body stocking that, when we’re lucky, sports the popped collar to end all popped collars. Who wouldn’t want more of that, I mean honestly?

Next up: Marvel’s Hercules. Not the Disney one. Well, I guess technically he is a Disney one now…ugh. Never mind. I’ll explain later.