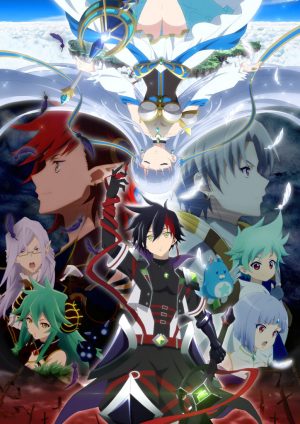 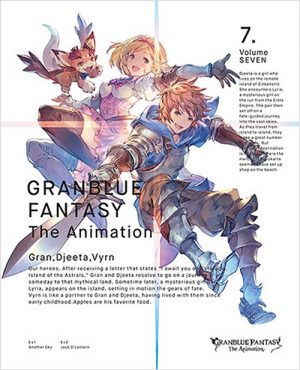 Gran and Vyrn live on the floating island of Zinkenstill and find their normal lives changed quite quickly. A young woman named Lyria appears before the two and informs them that she has escaped from a militarized government led by the Erste Empire. With their new companion, Gran takes Lyria as the trio attempts to flee from her pursuers. Gran only has one clue on his next move and that comes from a letter left behind by his father long ago… Adventure oriented series often begin with random occurrences that lead our main characters towards a grand journey. Gran might have started on a softer note than our prince of darkness from Shironeko Project: Zero Chronicle but all it took was the one meeting to change their lives. Granblue Fantasy The Animation is a beautiful series filled with mystical landscapes, epic battles, and a truly enjoyable tale of adventure not too often seen in anime. Those who are enjoying the adventure tale of Shironeko Project will without a doubt love Granblue Fantasy The Animation! 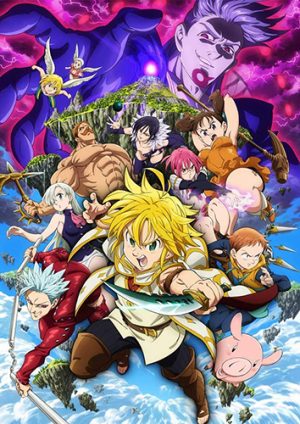 Nearly a decade ago, tales of the Seven Deadly Sins filled the land of Britannia. These powerful warriors went against their home to take their homeland back from the powerful Liones. However, despite their power, the Seven Deadly Sins met their demise at the hands of the Holy Knights and were apparently killed off. In the present day, Elizabeth, the third princess of the kingdom, has made it her mission to find the Seven Deadly Sins and have them help her in a grand mission. Elizabeth wishes to correct the world and bring an end to the Holy Knights and the Liones. Nanatsu no Taizai needs little introduction as the series has become quite popular with shounen fans out there. Action, adventure, and some ecchi comedy are just a few elements that keep us glued to each episode of Nanatsu no Taizai and we can agree, this series is truly remarkable. Fans of Shironeko Project: Zero Chronicle who haven’t checked out Nanatsu no Taizai yet should do so immediately! You guys and girls can fall in love with The Seven Deadly Sins and argue who deserves husbando/waifu status more! 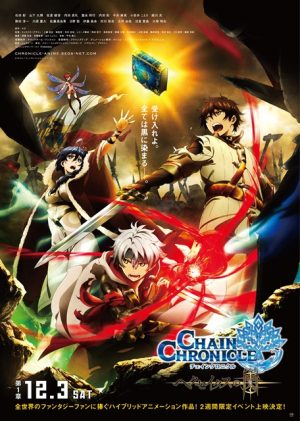 Yuguto is a land unlike many others. Seven kings have taken their lands and established a coexistence with one another to maintain an order in the world. Despite their differences, the kings even had meetings discussing their lands and to prevent any one side from feeling neglected. Their perfect system changed dramatically, though, when an evil group of monsters came forth. In order to save their beloved world, several warriors will need to join forces and battle against a powerful foe before Yuguto ends up engulfed in bloodshed. Need another anime based on a video game? Say no more folks, we have you covered with our next recommendation! Chain Chronicle: Light of Haecceitas is based on the mobile game by the same name and focuses on the lore behind it as well as some references to the source material. Akin to Shironeko Project, Chain Chronicle: Haecceiatas no Hikari is all about action and adventure and we enjoyed every second of it! We highly recommend the underrated Chain Chronicle: Haecceiatas no Hikari series for fans of Shironeko Project! 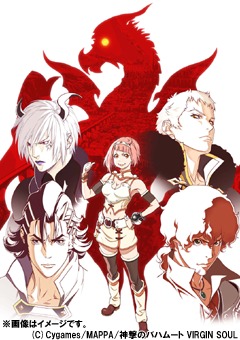 Long ago, the world of Mistarcia was far from peaceful and calm. A powerful dragon known as Bahamut waged war on the land and neither the humans nor gods/demons could stand before Bahamut’s might! In a last-ditch attempt at stopping the raging dragon from claiming more destruction, the various powers decided to seal Bahamut away and split the key between them. Peace finally took over the land and a brighter future awaited the world. Bounty hunter Favaro Leone—a laid back soul—finds himself on the run from a rival hunter who aims for vengeance of Favaro. During his retreat, Favaro runs into a strange girl named Amira who ends up needing the bounty hunter’s assistance. Amira has in her possession part of the key to Bahamut’s seal and now seeks to escape from an unknown assailant. Forced against his will to help Amira, Favaro now enters into a mission that is about more than money or fame. The world’s peace hangs in the balance and a battle will soon take place that could rekindle the echoes of the past… Shironeko Project: Zero Chronicle is great at captivating the audience with a fun adventure story that starts from humble beginnings and becomes an epic tale of light versus darkness. Similar to that tale comes the series known as Shingeki no Bahamut: Genesis. Just like Shironeko Project, Shingeki no Bahamut: Genesis is all about epic fights, daring journeys and a cast of characters so strange/wild you’ll have a hard time not picking a favorite. Equally, Shingeki no Bahamut: Genesis is a beautiful animated series with some truly stellar voice actors/actresses making the tale within just that more captivating! We highly recommend checking out Shingeki no Bahamut: Genesis for a wild adventure you won’t see coming!

5. Dungeon ni Deai wo Motomeru no wa Machigatteiru Darou ka (Is It Wrong to Try to Pick Up Girls in a Dungeon?) 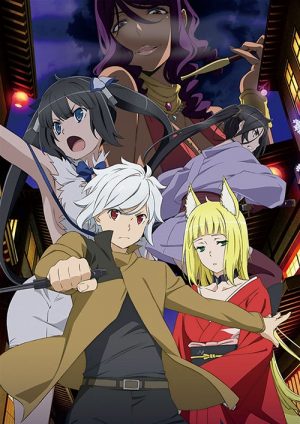 Bell Cranel has a lofty goal, to become a famous adventurer! And in the city of Orario, that dream is shared with numerous other men and women. Suddenly, Bell’s life changes when he runs into the busty and beautiful goddess Hestia and finds himself finally capable of reaching his goals! With Hestia’s help, Bell makes way to the “Dungeon” a place filled with monsters and dangerous trials to overcome. Nevertheless, Bell enters with his new companion and faces the Dungeon with a heart not fully prepared for what lies within. Some of you adventure fans probably want just a bit more ecchi and comedy than offered by Shironeko Project. Not to worry, Dungeon ni Deai wo Motomeru no wa Machigatteiru Darou ka is here to save the day! Famous for its fun themes, glorious amounts of fan service and cool action, Dungeon ni Deai wo Motomeru no wa Machigatteiru Darou ka is an enjoyable series that feels like a less serious Shironeko Project but still harbors that same spirit. So if you’re in need for more oppai, Hestia has you covered! 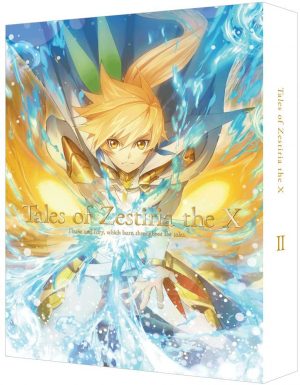 Sorey has always dreamed of a bigger world than the spiritual realm of the Seraphim that he resides in. Alongside his friend, Mikleo—who happens to be a Seraphim—Sorey seeks adventure and finds one when he explores an ancient ruin. The duo ends up meeting a young woman who is looking for the legendary Shepard, a being that contains the ability to remove darkness from the world. Despite Mikleo and the other Seraphim warning Sorey to avoid interacting with the humans who can’t see them anymore, Sorey makes it his mission to save this woman. Little does Sorey know that this decision will forever change his life and possibly the entire world… Our last entry in our list of 6 Anime Like Shironeko Project: Zero Chronicle is yet another game adaptation but easily one of our favorite ones. Tales of Zestiria the Cross—based on the game Tales of Zestiria—follows Sorey and his attempts at saving the world and reuniting the Seraphim and the human race. With some amazing animation by the famous Ufotable, Tales of Zestiria the Cross is a sight to behold! While you wait for another episode of Shironeko Project: Zero Chronicle to air, why not take a shot at Tales of Zestiria the Cross?

Tales of Zestiria the Cross PV 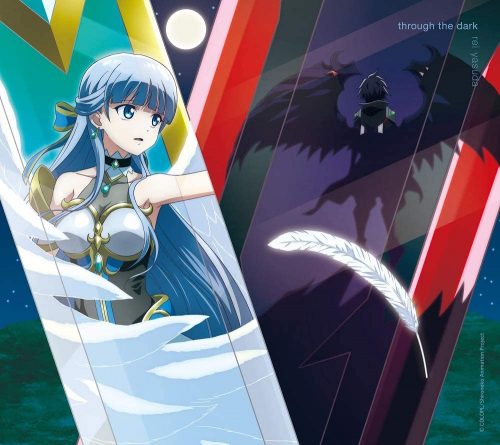 Shironeko Project: Zero Chronicle isn’t sweeping the anime community but it certainly has swept us off our feet, ladies and gentlemen! We think these choices will certainly appeal to many of you out there so, give them a try! What are your thoughts on Shironeko Project: Zero Chronicle and/or the series mentioned above on our list? Comment down below so we can all talk about the greatness of a good adventure/fantasy series! Be sure to keep stuck to our magnificent hive for even more anime lists/recommendations done by us here at Honey’s Anime!