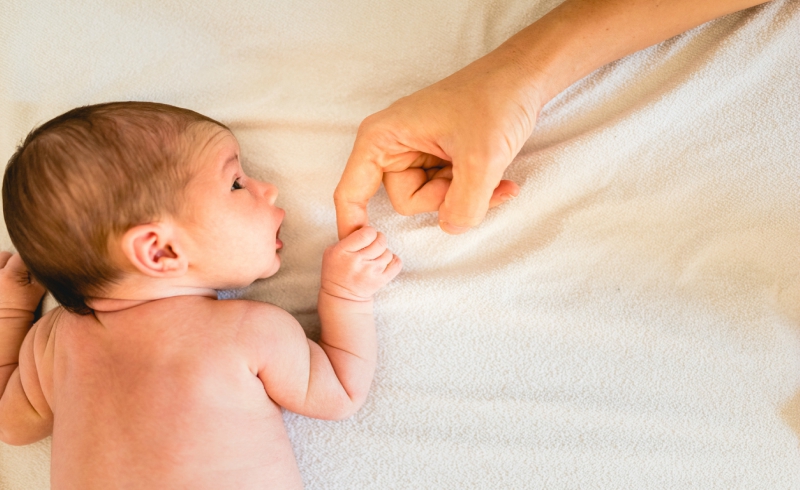 Author’s note: I’m a 40’s man in a heterosexual marriage. I don’t assume this is everyone’s experience, just that it’s mine. Take what helps, ignore most and mock what’s left….that’s what I do. Oh, and I just called myself an author!

I’m a bit of a reader, which actually means I listen to a lot of podcasts and audiobooks, research a lot on the internet and actually read a few pages of a real book sometimes before I go to sleep. All of these things, combined with parenting classes, some great doctors and a steady flow of useful anecdotes from family and friends, had me feeling loosely prepared for fatherhood in the same way that YouTube prepares me for IKEA construction.

Well, I’m now the proud owner of one male child complete with all the parts listed on the box and in perfect working order. So, I’m going to do the most “man” thing I can possibly do in this situation. With exactly two months experience, I’m going to “explain” to you the things I’ve learned, that my half-baked efforts at research didn’t teach me.

1. Your wife will be better at everything
This is not a passive-aggressive statement, it’s a fact. On arrival of our son, my wife did that thing from The Matrix when Neo’s eyes are half closed and fluttering, then he awakens and says “I know Kung Fu”. She just knew stuff. Maybe I will get to re-write this when my son is old enough to play basketball or ride a bike, but probably not.

2. You will handle your baby like a pro
During the aforementioned parenting classes, I handled my pretend baby like a penguin juggling a heavily greased bowling ball. Suffice to say there was a better than 84% chance I would drop my son in or near the delivery room. But when I first picked up the actual breathing, wriggling, screaming live version, it just fell into place. Within hours I was throwing the little fella around like a nerf ball on Christmas morning. Drop count zero….so far.

3. You will sometimes be the child
The day my son was born I migrated into parenthood with the firmly held assumption that I would be a kind of superhero of maturity, fending off sleeplessness, exhaustion and frustrations with a single arm, while cradling my newborn in the other. In my mind, this scene most likely played out to a swelling soundtrack of Black Sabbath’s Iron Man. While I’ve sincerely tried to maintain an emotional status quo, there have been times when I’m sure I’ve appeared to my wife more like another child than a partner. I have been sulky, grumpy and petulant. In fact, the only thing separating me from my boy in those moments is the pooping.

4. You will get a lot of backhanded compliments
Don’t get me wrong, I have been incredibly supported and encouraged by all of those around me, but much of this support comes with an unconscious qualifier. “Jason is doing a great job…….for a guy”, “Jason is doing the best he can”, “Jason is really trying to help, but he can’t breastfeed” or “Jason is adapting to parenthood quite well, however he does have testicles, so he’s sure to screw most of it up”. Ok, I made the last one up, but you get the idea. The physical limitations of being a dad are apparent to us and we are also acutely aware that no matter how pure our intent, mum’s are the only star players in this game. We basically run Gatorade and towels and try to look busy. Encourage our effort, but don’t remind us where we sit on the parenting corporate ladder.

5. You will see babies and baby stuff everywhere
Before my son was born, I would have estimated that the total population of babies in the world at any one time was about 12. I visited my friends and families’ newborns, liked the odd birth post on Instagram and secretly hated a few on aeroplanes. Since I’ve become a father, everyone I know is either pregnant, giving birth or magically has two kids I never knew about.

All of the stores that I used to browse for clothing and shoes are now inundated with pint-sized overalls and unicorn patterned onesies. Either I was affected by some rare visual impairment that renders the pre-school population invisible or I rarely lowered my line of sight below 90 degrees. Either way, there are a lot of the little buggers.

6. Your online buyer persona has changed forever
A mere few months ago, my social media feed was peppered with ads and content for things that reflected my values and aspirations……actually, it was filled with the crap that I think is important or have frivolously purchased. Either way, a steady stream of basketball highlights, Nike shoes, cool, but way too expensive bikes, poker strategy and Instagram dogs are a distant memory.

The alchemists at Google and Facebook now deem that my highest order problem is solved by the PeePee Teepee (If this term is new to you, I apologise for what you are about to discover) and soothing nipple pads top my Amazon recommendations. I’m no hero, I’m just glad I get to shine a light on the real victims here.

7. Your Apple Watch is not your friend
It wasn’t long ago that my daily step tally was an important stat and I regaled all around me with tales of my walking prowess. So imagine how excited I was to add sleeping to my measurable skills. “8 hours, including 3.5 hours of deep sleep” I would boast to nobody in particular, fist bumping strangers in celebration of my competitive rest milestone. I was living large on REM and making it rain sleep bank credits.

Well, the sleep recession has bitten hard and the bank is overdrawn. My daily glance at my Apple Watch through bleary eyes produces an audible groan and a promise to never look at my sleep stats again, but addiction is an illness and I know I will return to the glow of this harsh mistress tomorrow and every day after that.

8. You’ll feel guilty about weird stuff
One of the challenges of trying to authentically co-parent is that there’s a bunch of stuff that dads just can’t do. In no particular order, I have felt guilty for…..

Having no role other than cheerleader/back massager at the birth, not having lactating mammary glands, sleeping, having contact with a human over the age of 8 weeks, going to work (yes, really) and being slightly worse at everything (see point 1).

9. You sometimes feel really alone
OK, I’m going to get a little serious for this last point. I have an amazingly supportive wife, who encourages, edifies and educated me on a daily basis. I also have a son who has been a beautiful unfolding of humanity in his first few weeks, so I’m a very, very fortunate man.

Despite my lottery winners’ luck, there are days when I feel incredibly isolated. This is magnified by a sense that I don’t want to burden my wife with my feelings, given all she has on her plate.

One of the realities of being a new father is that you stop doing the small things that keep your life in balance. Your relationship with your partner becomes much more functional and less romantic, you spend little or no time with friends and you allow yourself to break many of your positive habits, like exercise, meditation, personal reflection time and learning.

When you sprinkle in a healthy serving of sleep deprivation, stress and the intense emotions that come with becoming a parent, it’s no surprise that these feelings can creep up on you. So the final thing I have learned so far in this amazing journey is it’s okay to take some time to nourish myself physically and emotionally, as failing to do this will inevitably inhibit my ability to be the best dad I can be.

This article was written in loving memory of two people who watched entire Netflix episodes, ate dinner at a leisurely pace and went to bed after 8pm. You will be in our hearts always.

I’ve got you buddy

Previously published on “A Parent Is Born”, a Medium publication.

The post 10 Things Books — Okay, the Internet — Didn’t Tell Me About Becoming a Dad appeared first on The Good Men Project.